In the early 1900s, the area of Magome in Ota Ward attracted a number of Japan’s top writers and artists. Novelists, sculptors and calligraphers all moved to the quiet countryside outside the capital to practice their crafts in a supportive community. Today, their cultural contributions are remembered in a comprehensive walking trail around the area known as the Magome Writers’ Village.

A mural just outside Omori Station depicting the faces of the Magome writers marks the eastern end of the walking trail. Much of the route is highlighted simply by plaques detailing individual writers or artists and their connection to a particular spot in the ward. However, several extant structures allow a more intimate glimpse into the lives of these cultural giants of the Taisho and Showa Periods. Visit the peaceful grounds of the home of Ozaki Shiro, a driving force in the local writer’s community. Nearby, a detailed exhibit showcases the life and works of newspaper founder Tokutomi Soho. Along the southern end of the route, samples of the art of calligrapher Kumagai Tsuneko fill the rooms of her tiny home.

The Ota Folk Museum sits at the midpoint of the route and offers a detailed look at not only the resident writers and their works but also the geography, culture and prehistory of the surrounding area. While exhibits are signed in Japanese only, an English pamphlet provides a thorough introduction to the museum’s main themes.

The Magome Writers’ Village walking trail lies between JR Omori Station on the Keihin Tohoku Line and Nishi-Magome Station on the Toei Asakusa Line. The route is divided into two sections, a north route and a south route, each totaling about two to two and a half kilometers. The entire course can be completed in about three hours. Despite the many way markers, a good map is essential and can be found on this site. 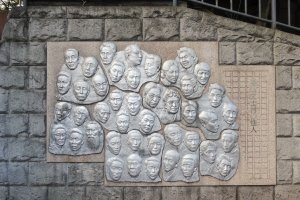 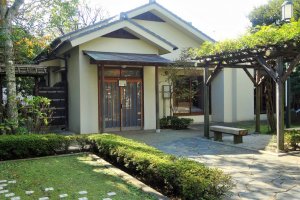 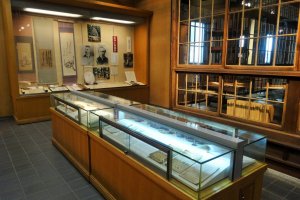