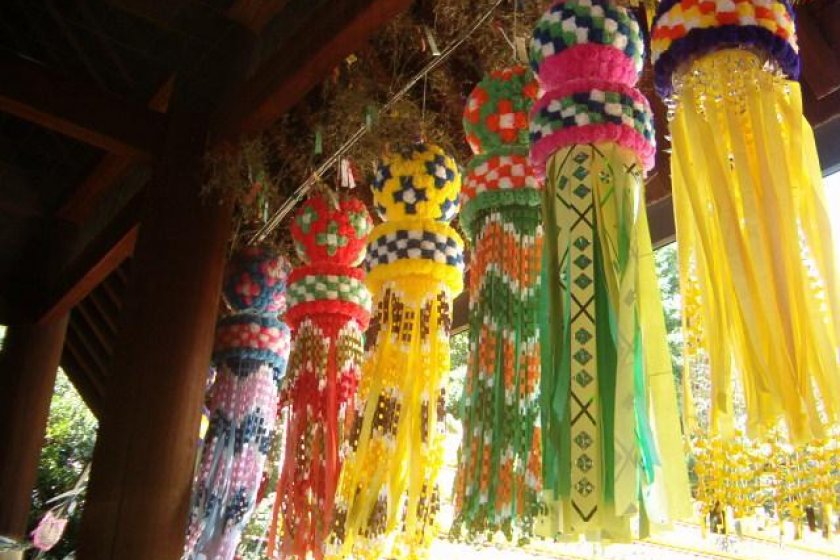 An Amazing Festival at a Controversial Site

The shrine is all decked out for the festival

The Yasukuni Shrine is notable for many things: its history, its purpose, and the intense political controversy surrounding it. For a few nights each summer, however, many people put aside their political stances and enjoy the wonderful Mitama Festival.

"Mitama" is a respectful word that means "the soul of a dead person" in Japanese, and this "Soul Festival" honors just that. The Yasukuni Shrine is dedicated to the honoring of the souls of those who gave their lives to defend Japan, and this festival is an early step towards the Japanese holiday season of Obon, during which Japanese people honor their deceased ancestors.

The festival is held yearly from July 13 to July 16, which can be somewhat problematic when those dates fail to fall on a weekend. It began in 1947 and remains one of Tokyo's biggest Obon celebrations.

During the day, there are numerous performances on a stage set up in the shrine area, including dancers and taiko drumming. There are also many staples of Japanese festivals, such as a long line of food stands (which I think is a bit more comprehensive than at most other festivals), some carnival-style games for prizes, and even a haunted house. A team of dancers leads the audience in a simple dance around another circular stage.

The best part of the festival comes alive at night, however, when the more than 30,000 yellow lanterns lining the main road of the shrine are lit up in spectacular fashion, creating a feeling as if you were walking in a dream. Teams carry portable Shinto shrines called mikoshi through the dense crowds, chanting and cheering. A marching band performs a stirring rendition of the Japanese national anthem. And, at the height of the excitement, two spotlights form a criss cross through the large torii gate at the shrine's entrance. There is a very unique feeling at this event that I have never experienced at other Japanese festivals - one of an intense pride and respect for the people and country of Japan. It is simultaneously festive and meaningful.

Though perhaps not the most exciting festival in terms of activities, the Mitama Festival has an atmosphere of something very uniquely Japanese that is a must-do for those who want an authentic experience.

Honor your ancestors at the Obon festival, Mitama Matsuri celebrated at Yasukuni Shrine in Tokyo. 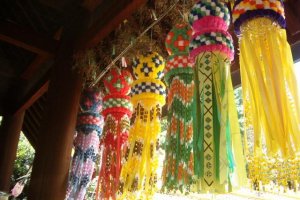 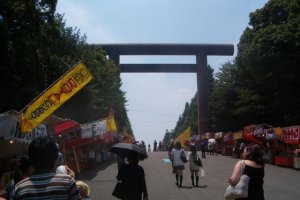 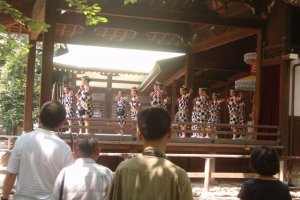 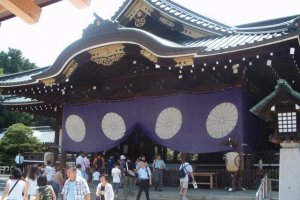 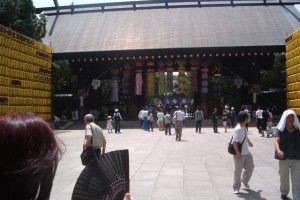 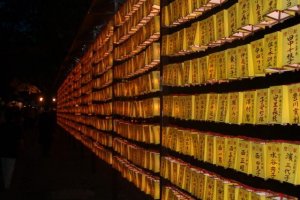