Get an inside scoop on Shinjuku Station's newest mall!

As if finding your way through is a struggle within itself, Shinjuku Station also abounds with department stores and shops to the point of sensory overload. From Lumine EST to Odakyu and everything in between, it almost seems absurd that the opening of yet another department store in the New South exit this past March. However, Newoman Shinjuku––a mixture of shopping, cafes, greenery, and even a kindergarten on the fifth floor––turns out to be refreshing and a pristine shopping center.

The brightly-lit mall consists of eight floors of shops and restaurants and even within the station itself are numerous high-end to-go eateries for a quick meal. Shops and open seating are also located outside the station’s ticket gates. The mall’s jungle-like theme with an urban twist is consistent throughout as vines and succulents adorn walls and ambient sounds of water and animal calls play throughout the building (even in the impeccably fancy restrooms). The first floor is comprised of several coffee shops, most notably San Francisco-originated Blue Bottle Coffee. The open cafe’s numerous seating areas are always packed from noon onwards as salarymen, shoppers, and tourists alike eagerly line up for well-brewed beans.

Once filled up on caffeine, take your time to meander through the fastidiously laid out clothing boutiques, naturopathy, skin care stores, and the like. While brand name stores such as Chanel occupy Newoman's storefronts, many more hand-crafted and Japanese fashion brands and products are for sale. High-end clothes, refined Japanese rice, and much more line the mall’s various stories. For the serious shopper, a tax-free information booth is located on the fourth floor.

One of the most exceptional parts of Newoman is its rooftop garden that spans three floors (from the fourth to the sixth). The posh greenery contrasts nicely with the skyscraper landscape behind East Shinjuku and provides customers with an opportunity to take things slow in a such a fast-paced district. On a clear day, more stalls and cafes aligned outside on the sixth-floor garden gives a more flea market feel rather than a mall situated right above the world’s busiest train station. Various spaces throughout the mall and around the New South exit are Newoman's art walls, featuring colorful displays

Whether here for serious shopping or simply passing through before hopping onto a train, Newoman's Shinjuku’s vibes are an interesting blend of upscale and earthy, and definitely worth a visit. Floors 1 - 4 and 7 are open daily from 11:00am to 10:00pm while shops directly in and outside the station open earlier at 8:00am. 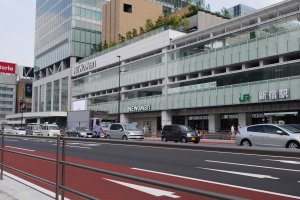 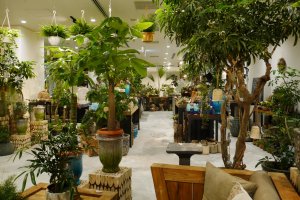 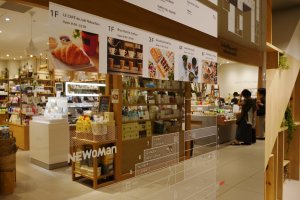 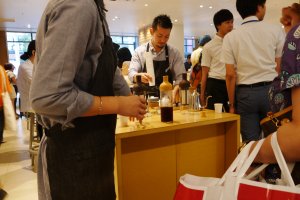 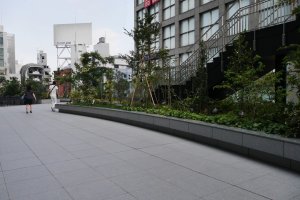 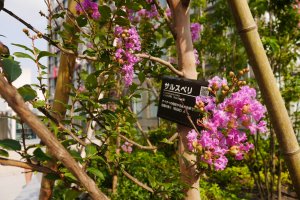