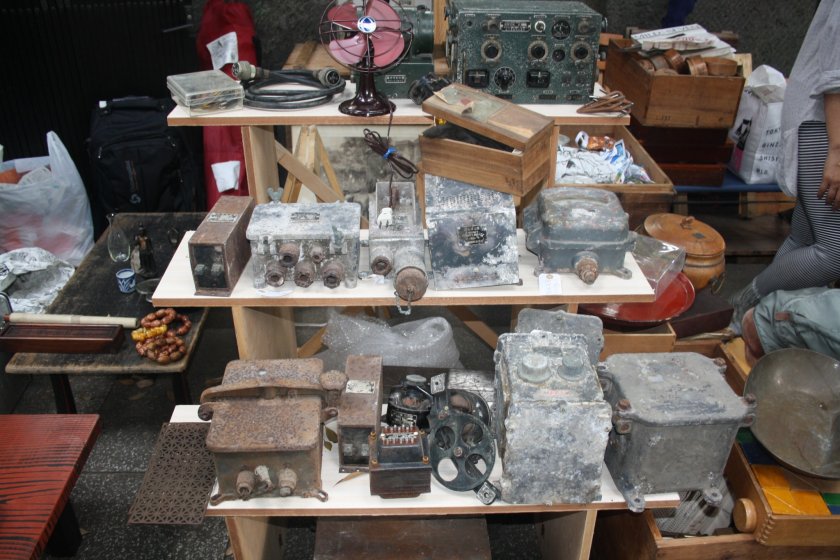 Antique radios and other collectibles

On the fourth Sunday of every month, Nogi Shrine in Nogizaka holds an Antique flea market. The stalls are open from 9 a.m. until 4 p.m. The stalls are set up on the pathway leading up to the main shrine area. Be aware, the markets are canceled in the event of heavy rain. Noji Shrine is located directly next to Exit A1 of Nogizaka Station on the Chiyoda Metro line. Or a 10-minute walk from Roppongi Metro Station, Exit 7.

While the markets are quite small, there are plenty of items to interest people willing to forage for a bargain. We saw a number of interesting items including antique radio equipment, carved wooden statues, crockery, records and old children's books. There is not much English spoken by the stall holders but you are able to get by using hand gestures and writing down figures if you are not confident in Japanese.

We also saw a limited amount of second hand clothing for sale and the website mentions food stalls but we didn't see any sign of those on the day we visited.

Noji Shrine is dedicated to General Noji Maresuke & his wife, who proved their loyalty to Emperor Meiji by committing suicide on the day of his funeral in 1912. The house in which they died is located next door to the shrine, it is a brown wooden building. The house and stables are only open to visitors on the eve and anniversary of their deaths, the 12 & 13 September. However, if you are so inclined, you can peer through the windows and see glimpses of the clothes and other artifacts on display.

The shrine itself is worth having a walk around. It has a set of red torii gates leading up to a smaller shrine on the left hand side and distinctive circular metal structures to tie your prayers ribbons onto. For 200 yen you can also buy gorgeous prayer tokens that are folded origami figures in traditional kimono outfits. The shrine area is a quiet, peaceful setting only around 7 minutes walk from the hustle and bustle of Tokyo Midtown. 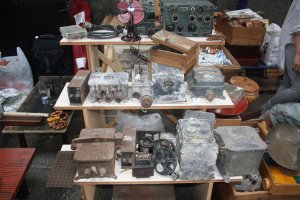 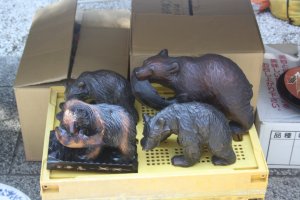 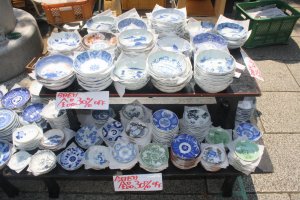 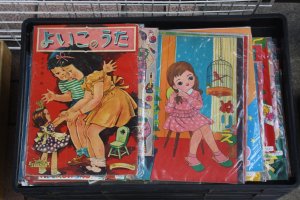 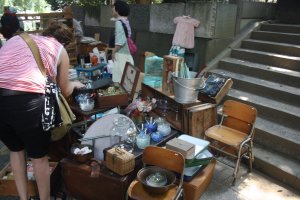 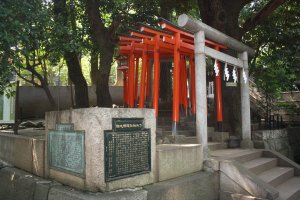 Jane Doe 6 years ago
I do love antiques and flea markets! I will definitely be going there as soon as possible.
Reply Show all 0 replies
1 comment in total