Explore works from this contemporary artist in Tokyo

From September 4th until October 9th, Tokyo's Terrada Art Complex is hosting an exhibition of works from contemporary artist Noritaka Tatehana. Born in Tokyo in 1985, Tatehana grew up in an artistic household —his mother was a puppet designer, so he learned how to make things by hand from a young age. After graduating from the Tokyo University of the Arts (Faculty of Fine Arts, Department of Crafts, Dyeing, and Weaving) in 2010, he has participated in a variety of exhibitions both in Japan and abroad.

The event will showcase around 35 of Tatehana's works under the theme "Descending Painting". His layered 3D works often depict motifs of thunder and lightning, which are intended to be a metaphor for the boundaries between life and death, and heaven and earth.

Admission to the exhibition is free of charge. 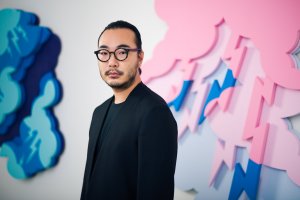 Linda Ly 3 weeks ago
wow, It was a surprise!
But unfortunately, I couldn't go there