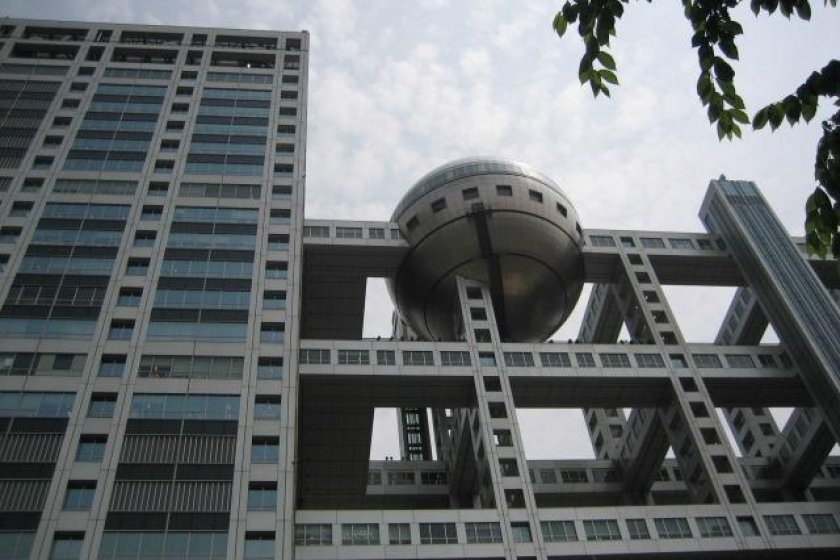 Odaiba is a popular Tokyo hotspot for shopping and entertainment. Located in the heart of Tokyo Bay, Odaiba was originally part of a collection of man-made fortified islands that were built during the end of the Edo Period to protect the bay from attack. Over a century later, this string of islands was joined together when the spaces between them were filled in to lay the foundation of a futuristic business and residential area during the 1980s. However, the collapse of the Japanese economy left the area abandoned and bankrupt until small shopping malls and hotels populated it a decade later. Today, Odaiba has developed into a thriving tourist attraction that offers its visitors a wide selection of world-class restaurants, shopping and other leisure activities.

Prepare to enter the 22nd century! Since its construction in the early 1990s, Odaiba has been transformed from an abandoned island into a shrine for futuristic designs and technologies. It was designed to be a world only thought to exist in science fiction. It features more than a dozen boldly designed buildings that include the Telecom Center, Tokyo Big Sight and the Fuji TV Building. It is impossible to see and enjoy all of Odaiba's attractions in a single day.

Almost everything in Odaiba was designed to represent a futuristic version of Japan. The National Museum of Emerging Science has recently made headlines for its highly advanced robotics exhibit, which includes Asimo, the world's most advanced humanoid robot. Another well-known robot is the 18-meter Gundam statue built in front of the newly opened Diver City. The giant robot, or mecha, was constructed on a 1:1 scale with the original robots featured in the cult classic series called Gundam.

Reaching Odaiba can be an adventure in itself! There are several ways to get there, and all of them involve a breathtaking view of the waterfront area and Tokyo harbor. Odaiba offers visitors the unique opportunity to walk, ride a train or take a boat ride to the island. If you're planning on walking, you can easily reach Odaiba on foot from the Rainbow Bridge. The walk is not particularly long; averaging between thirty and forty-five minutes each way, but it can be very windy. The walking path begins a short distance from Shibaura-futo Station and the return trip begins at the Odaiba Kaihinkoen Station. For added safety, the walking path is for pedestrians only, meaning that no bicycles are allowed.

By Train:  If you plan on riding the train, try the Yurikamome, a marvel of technology in itself. This fully automated train connects Shimbashi Station on the mainland with all of Odaiba's popular attractions. The Yurikamome leaves the station every fifteen to twenty minutes, and it travels over the Rainbow Bridge. If you plan on riding the Yurikamome, try to find a spot near the front of the train for the best views of the harbor.

By Boat:  The most scenic way to reach Odaiba is by boat. The Tokyo Water Bus operates every twenty minutes, and it ferries people to and from Hinode Pier to Odaiba Seaside Park. The trip itself is a scenic ride through Tokyo Bay that offers its passengers a unique view of the Tokyo skyline and the ocean. Keep your eyes on the water; if you're lucky you might be able to see some dolphins playing near the boat. 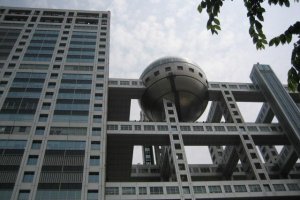 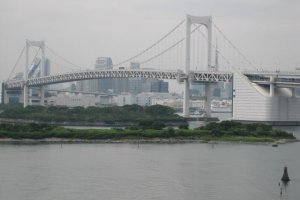 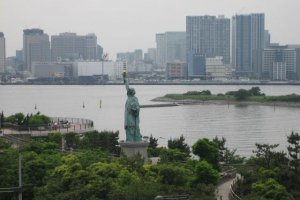 Lauren Banks 7 years ago
I have also been to Odaiba many times myself, but every time I visit there it is exciting! During the day you can enjoy shopping and go on a stroll outside along the beach. At night while having dinner, you can enjoy the beautiful night view of the city. There are many shopping malls around that area and attractions, so Odaiba will definitely be a fun place to explore! Also, a lot of the stores and restaurants have bilingual menus so Odaiba itself is very foreigner friendly.
Reply Show all 0 replies
1 comment in total