Located in Tokyo’s popular nightlife district, Roppongi Kaguwa is not your typical restaurant where one merely dines and wines. Fronted by a sophisticated Japanese-style façade, this dinner theatre incorporates a wide variety of wicked entertainment and delectable cuisines that can only be best described as ‘an excellence of fusion’.

Reputed to be the largest amusement-show restaurant in Tokyo, Kaguwa combines Japanese traditional dance with modern twists to present exciting shows that aim to please.

The nightly Oiran-Za shows promise to be the highlight of one’s evening, as professional dancers deck out in exquisite traditional costumes to give one a glimpse of the different roles in olden days Japan. And that’s not all! The twist comes about with different genres of modern dance and music that happen on a movable stage.

In case you are wondering, ‘Oiran’ refers to courtesans who were famed for their skills in entertainment and arts. Often the trendsetter for fashion, the Orian culture became popular during the early 17th century but it has since declined over time.

The seamless synchronisation of advanced technology and skilled performance was most impressive, as I stay glued to the ‘action’ in front of me. Despite my amateur knowledge of Japan’s history, I could roughly decipher the story line of some acts that include the doll culture, tragic love story of an Oiran and the prowess of the Samurais etc.

At times, the sudden appearance of cartoon characters such as Dragonball and an inflatable wild-eyed monster may leave one baffled but the funny antics of the performers will have you in stitches and undoubtedly be greatly entertained!

There are a total of 11 acts in the Oiran-Za show that are performed by professional dancers and Japanese Drag Queens (beautiful transsexuals). Great energies pulse on stage and the mood can be contagious, as one gets swept away by different acts that can be touching, humorous or even thought-provoking.

To be honest, my initial motivation to visit Kaguwa was based more on their positive food reviews. A certain cynicism had me feeling skeptical about restaurants that provide both entertainment and food, as such dinner theatres usually do well only in one aspect.

Nonetheless, I was pleasantly surprised as the food reviews turned out to be true. In addition to putting up a great show, Kaguwa serves an extensive menu of Italian and Japanese cuisines as well as other creative dishes that tasted really good! And guess what? The friendly menu came in six different languages!

Although I am not a fan for Caesar salad, I was totally sold on it upon my first bite. An explosion of flavours burst in my mouth, as there was no scrimping on quality ingredients! The lotus root thin-crust pizza was just as good, as I wondered how many types of cheese was used. Thinking about it now still makes my mouth waters.

While one can eat while watching the show, I would recommend you to arrive earlier, as you might find it hard to split your attention between the spectacular show and delicious food.

Tired of having a boring dinner? Or are you worrying about the lack of topics to chat during your date? Roppongi Kaguwa promises an unforgettable night of entertainment, good food as well as lots to talk (and laugh) about after your visit.

Note: Besides the nightly Oiran show, there are weekends-only evening shows that come with English narrations. 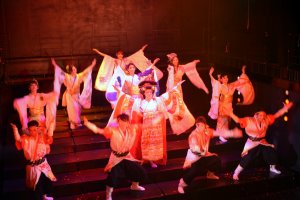 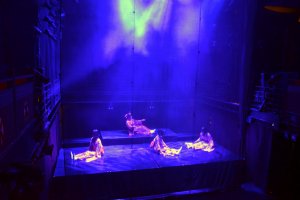 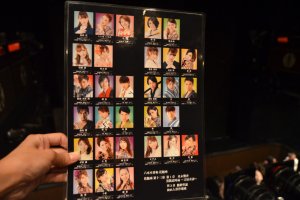 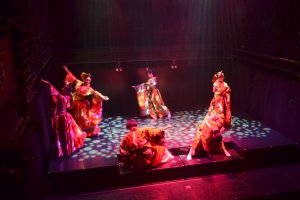 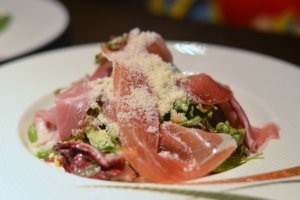 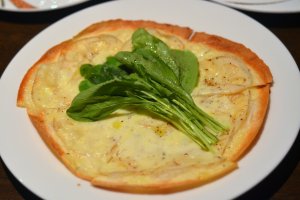 Selena Hoy 7 years ago
Love this idea! Was it expensive?
Reply Show all 1 replies

Karen Zheng Author 7 years ago
Hello Selena, sorry for the late reply. I find the pricing very reasonable for the quality of the show and food. :) Do check it out if you are in Roppongi.
Reply

Karen Zheng Author 7 years ago
Thanks! It was an interesting experience and the food was awesome! Great energy there:)
Reply Show all 0 replies

Yui Yamaguchi 7 years ago
The article tells me that you had a great experience. 11 acts would be good as you're having dinner and some drinks.
Reply Show all 0 replies
4 comments in total