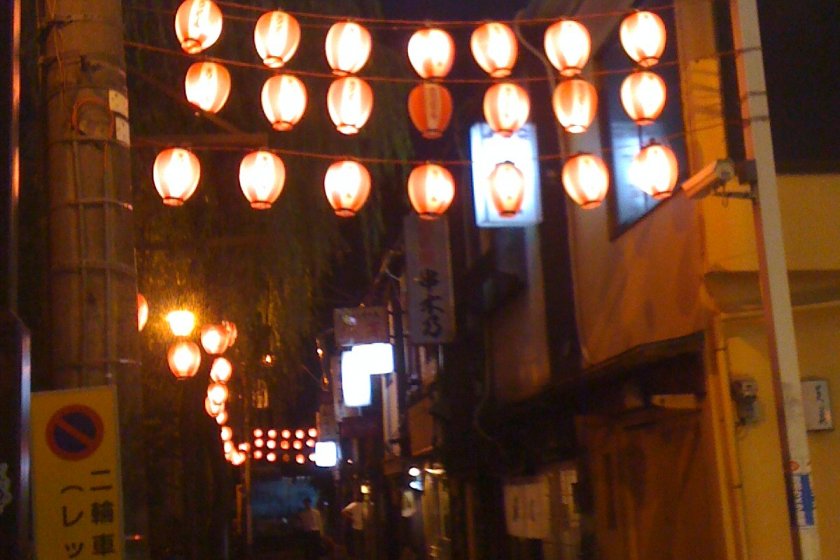 The entrance to Nonbei Yokocho

This is what I come here for. I'm sitting at a bar in Tokyo with my brother and two Japanese friends. The grandmother across the counter from us nods in response to one of my friends and mounts the creaking staircase behind her to what is surely her bedroom.

The walls and counters of the room she has left us in are riddled with keepsakes, chotchkies, and kimono-clad family photos. This old lady must be pushing ninety, but she shows no signs of slowing down as she gingerly descends the stairs with two huge Kirins, pours us a round, and begins to busily mete out senbei (rice crackers) onto little plates. It’s a capacity crowd—with us four occupying the barstools it’s standing room only. As far as my brother and I can work out, the bar we’re in doesn’t even have a name. Nor is it one of those locals-only gems conjured up by one of my two friends; rather it was I who led them there. We are in Nonbei Yokocho, one of Tokyo’s most fantastic escapes, located exactly where you’d least expect it.

Nonbei Yokocho, or Drunkard’s Alley, lies down an innocuous passage a stone’s throw from Shibuya Crossing that at first glance seems to go nowhere. In reality, the small pathway serves as a portal to another realm: a pristine lantern-lined example of pre-war Tokyo. At it’s terminus it branches into two parallel alleys, maybe two meters wide each, packed with tiny eateries, bars, and izakaya.

A victim of the neighborhood’s absurd real estate prices, no establishment of the 20-odd that are crammed in two story blocks over the alleys can sit more than 5, maybe 6 people. They are, in effect, their owner’s living rooms, opened up for others to come share stories, talk, drink and make friends. And make friends you will. The intimacy of Drunkard’s Alley ensures you strike up a conversation with the few people sharing whatever place you end up in, whether you like it or not. I've been twice to the Alley in my visits to Tokyo, both times I stumbled into a random establishment, and both I times made memories I’ll keep forever.

Nonbei Yokocho is everything I love most about Tokyo; an oasis of calm tradition nestled in the massive shadow of streaking neon, droves of taxis and hundreds of thousands of pedestrians. A living, breathing contradiction. It serves as an intimate escape from the impermanence and uncertainty of city living. A soothing balm of ‘Cheers’-like warmth applied where urban anonymity reaches fever pitch; providing something rooted, human and seemingly eternal in a neighborhood dictated by the whims of international markets. Hiding in plain sight, like an island visible only to those that know it’s there; the contradictions that make Nonbei Yokocho impossible are the same ones that make it wonderful, even magical, and well worth a visit. 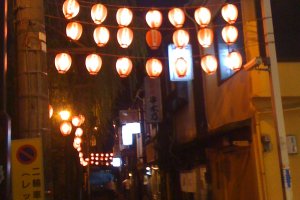 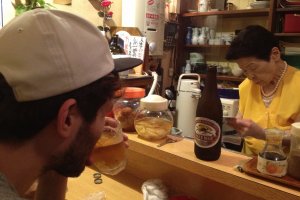 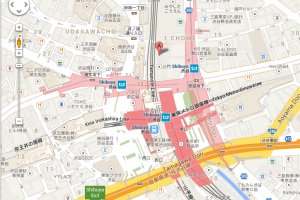 Victoria Vlisides 7 years ago
Beautifully written. I had been here but didn't know it had a name! Thanks
Reply Show all 0 replies

Reyzi Enditya 7 years ago
have to go there :)
Reply Show all 0 replies

Larry Knipfing 8 years ago
Nice article James. Sounds like a fun place. BTW, tell us about yourself. Where are you from, etc. You have no profile up!
Reply Show all 0 replies

Nicole Bauer 9 years ago
I love that little alley, too! Only discovered it after about 3 years living in Tokyo, but very happy I did :-))
Reply Show all 0 replies
4 comments in total