Gyoza and more in Kabukicho

Kakekomi Gyoza Restaurant is a new izakaya style eatery in Shinjuku's lively Kabukicho district. Opened in April of 2015, the two story restaurant has an interesting theme of a traditional Japanese firehouse with colorful decor and friendly staff shouting out orders and chants. Kakekomi Gyoza is open 24/7/365, offers free Wi-Fi and is a fun place to stop for beer and food.

Specializing in gyoza, horse meat and oden this restaurant has a variety of tasty dishes. There are four ways they prepare the gyoza, including pan-fried, deep fried, with thick Chinese broth and with clam and seafood broth. Each method is worth a try, but I prefer the standard pan-fried variety. Another food specialty and interesting complement to gyoza is the horse meat. Served as sashimi you can partake in various parts including heart, neck, rib, tenderloin, etc. Much of the meat is served raw, but you can find a few varieties that are cooked or rare (half-cooked). The raw meat can be quite chewy, but has excellent flavor and comes with various sauces and salts. To fill up, you can also sample a variety of oden. These include the standard vegetables (radish, potato, shirataki) as well as egg, horse tendon and fish cakes. Great for adding some volume to your meal. In addition to the main three dish types, there are a variety of side dishes and an excellent pudding dessert.

Inside the restaurant the ground floor is non-smoking with both table seating and bar seating available. The second floor allows smoking and is filled with private tables for small and large groups. The interior is decorated with bright, white lanterns and the relics and symbols from firehouses across Japan from the early to mid 20th century. Wooden sponsor plaques cover the walls with kanji characters and everything and the waiters and cooks wear bright uniforms. There was obviously a lot of time and money invested in the design and layout and it shows.

One unique point about this restaurant is that support groups for former prison inmates are sponsoring a few of the employees. Ex-prisoners have a difficult time finding stable jobs after serving their terms so Tokyo-based Re-challenge Support Association​ is sponsoring three employees who have served time for theft or similar charges. Initially, these employees will focus on dish-washing and other work in the kitchen but could be promoted to assistant chefs, depending on their progress, the groups said.

“Even a man like me still has a place to work and serve society. It’s a great feeling,” said a 72-year-old former inmate who has always had trouble finding stable work. He is one of the three starting work at the restaurant as a dish washer. Regarding his position, the ex-inmate said the new work has given him the strength to move forward and a chance to live a normal life.

COO and avid traveler for Japan Travel. Originally from Texas, moved to Japan ten years ago.  Feel free to contact me at geoff.day@japantravel.com. 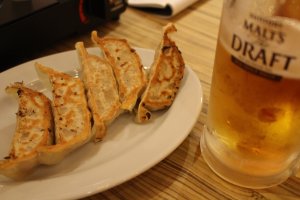 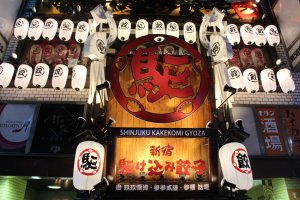 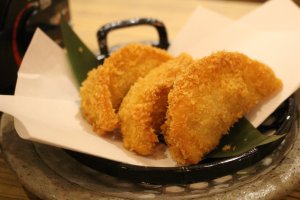 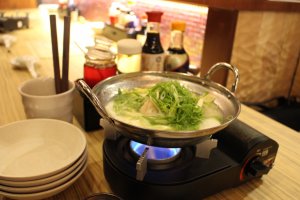 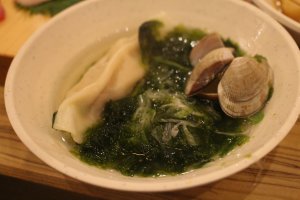 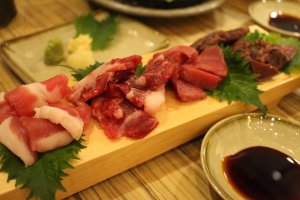 Justin Velgus 4 years ago
Food and atmosphere are important, but this place goes further with its own style! Gotta get my gyoza craving here one day :D
Reply Show all 0 replies

Justin Velgus 4 years ago
Food and atmosphere are important, but this place goes further with its own style! Gotta get my gyoza craving here one day :D
Reply Show all 0 replies

Lester Goh 4 years ago
Good food, good beer, and a good cause; no reason not to drop by for a late night bite when I next visit Shinjuku!
Reply Show all 0 replies
4 comments in total