Sanrio Puroland, also known as Hello Kitty Land, will host the "Summer Festival in Sanrio Puroland" open from July to September. Surrounded by their favorite Sanrio characters, Hello Kitty fans are able to participate in a Japanese festival, themed "Summer Illumination“, the largest illumination event in Japan with over half a million lights.

Embracing the spirit of Japanese matsuris, Puroland, has created its own summer festival featuring its much loved characters, such as Hello Kitty and My Melody. Visitors can choose between the "Daytime Character Festival” and the “Night-time Illumination Festival” offering two different styles of matsuri both of which are open all day long.

Lead by Hello Kitty and the character Ennichi the "Daytime Character Festival" offers the pop illumination show "SPARKLE" as well as many stalls with special items around the popular characters such as Hello Kitty and Gudetama. It also includes the "CINNAMOROLL Bon Dance Festival" which invites everyone to join in dancing with the characters, giving a taste of the unique Puroland festival style.

During the "Nighttime Illumination Festival", the Ennichi space and main area are transformed into a mystical space full of light creating a romantic atmosphere. Starting with a Taiko Drum Performance the space is flooded with colours produced by half a million lights, the largest amount of lights used in Puroland history. The "Nighttime Festival Marching Parade" again invites visitors to sing and dance along with the characters.

Find out more about Sanrio Puroland. 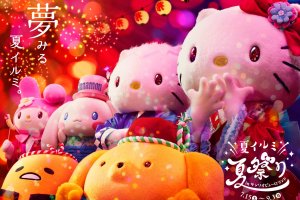 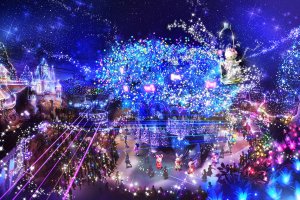 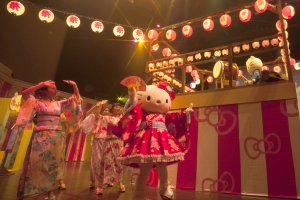