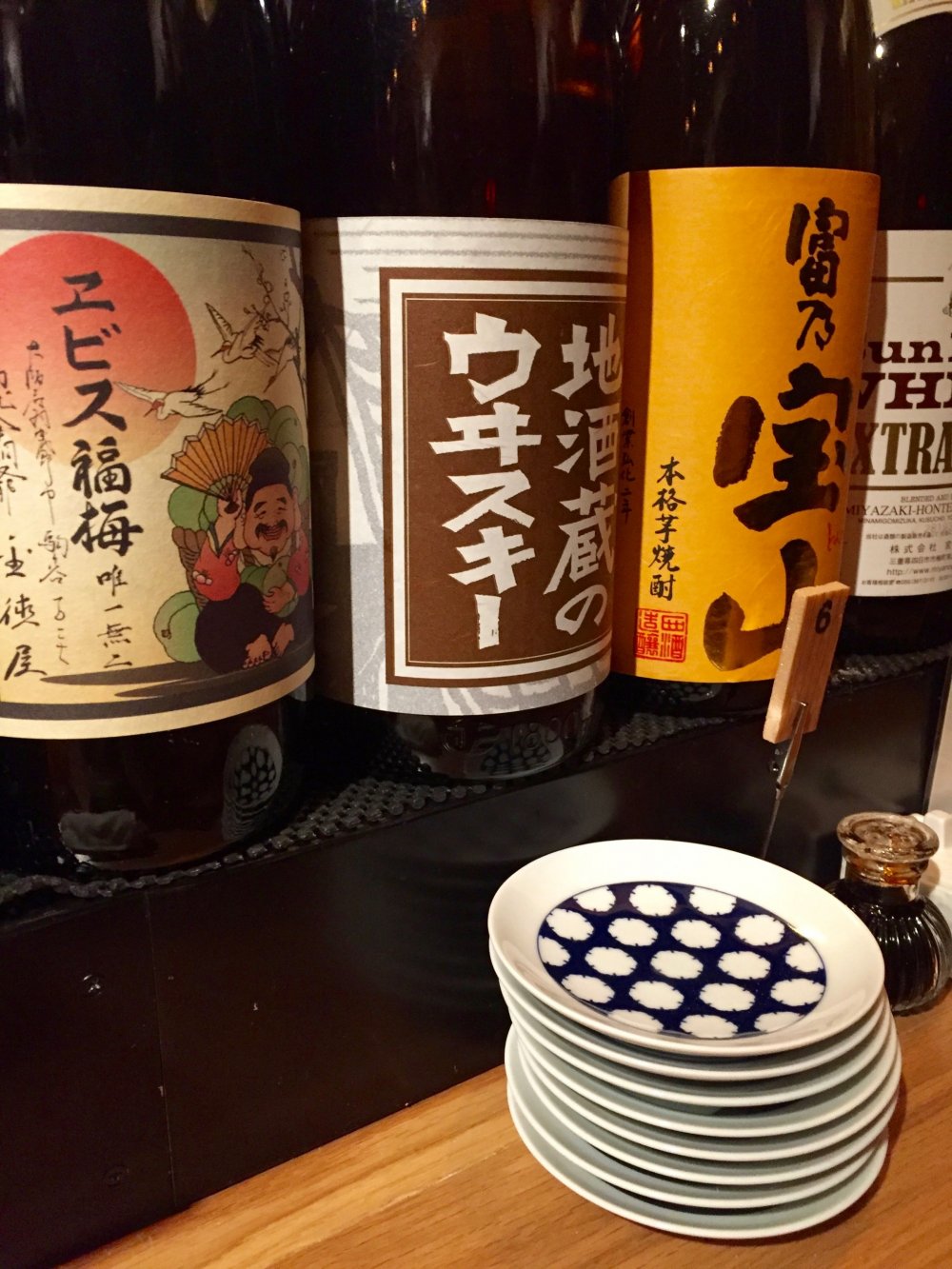 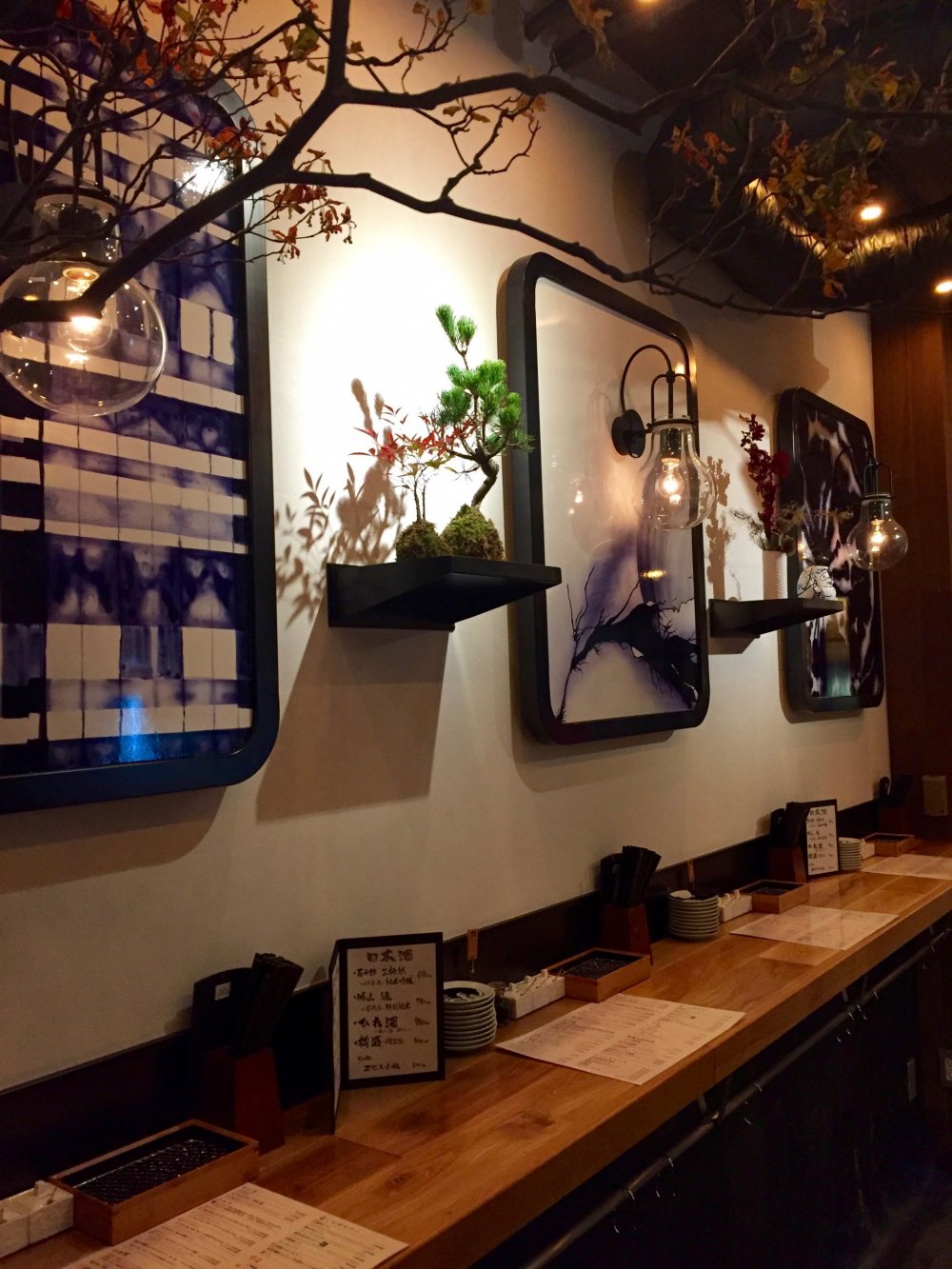 The interior is stylish but traditional 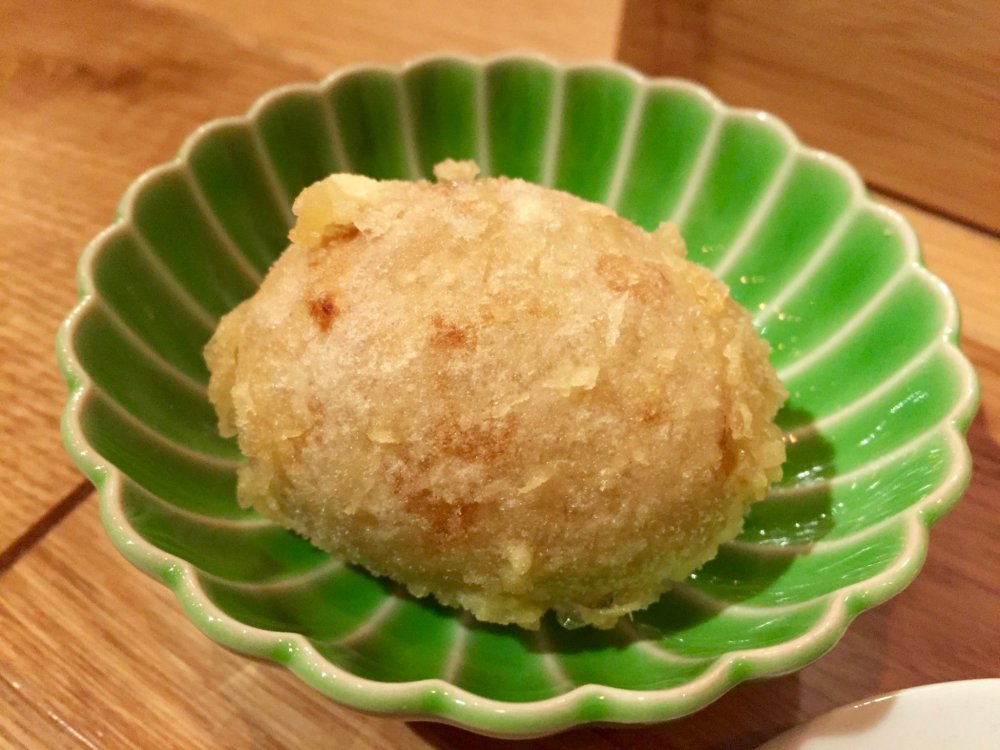 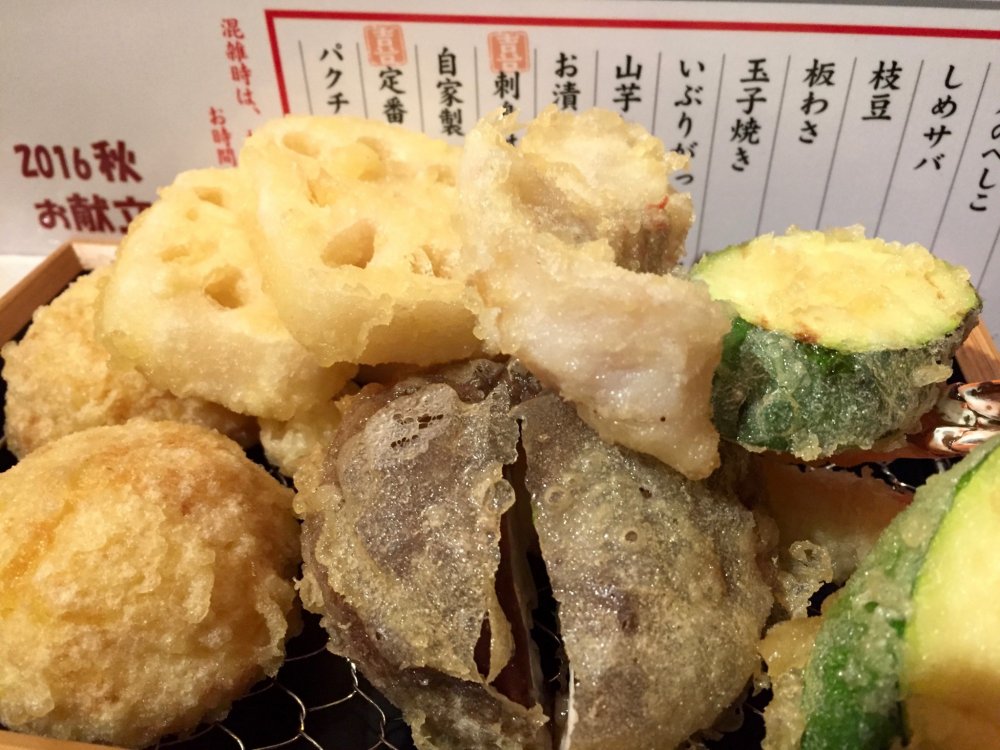 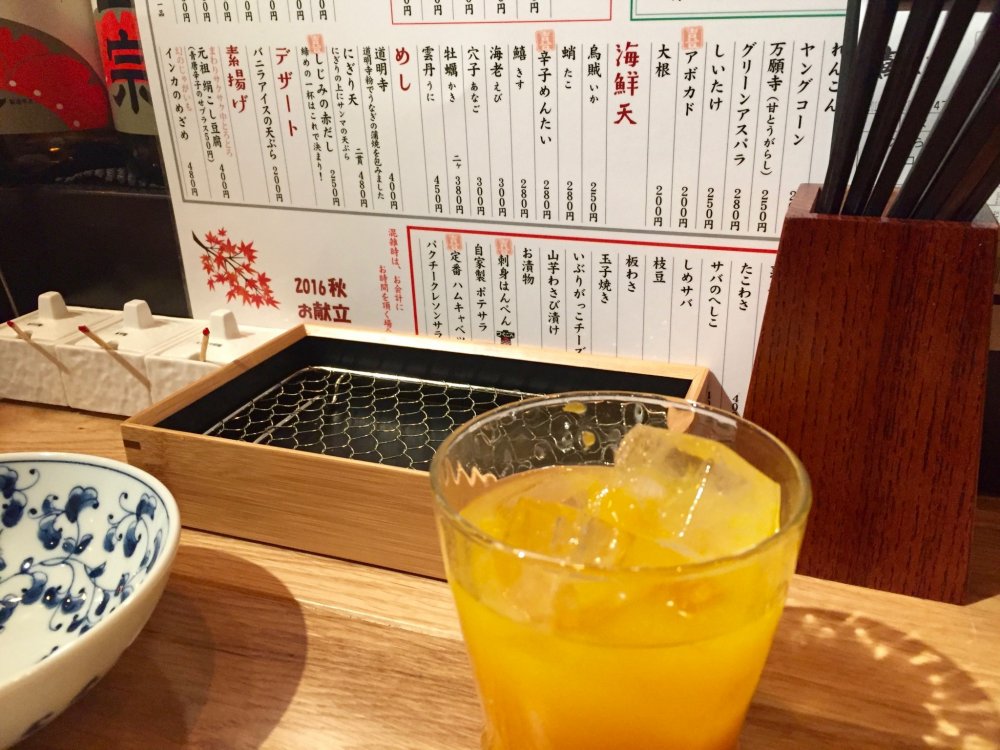 My drink was called "Aragoshi mikan" 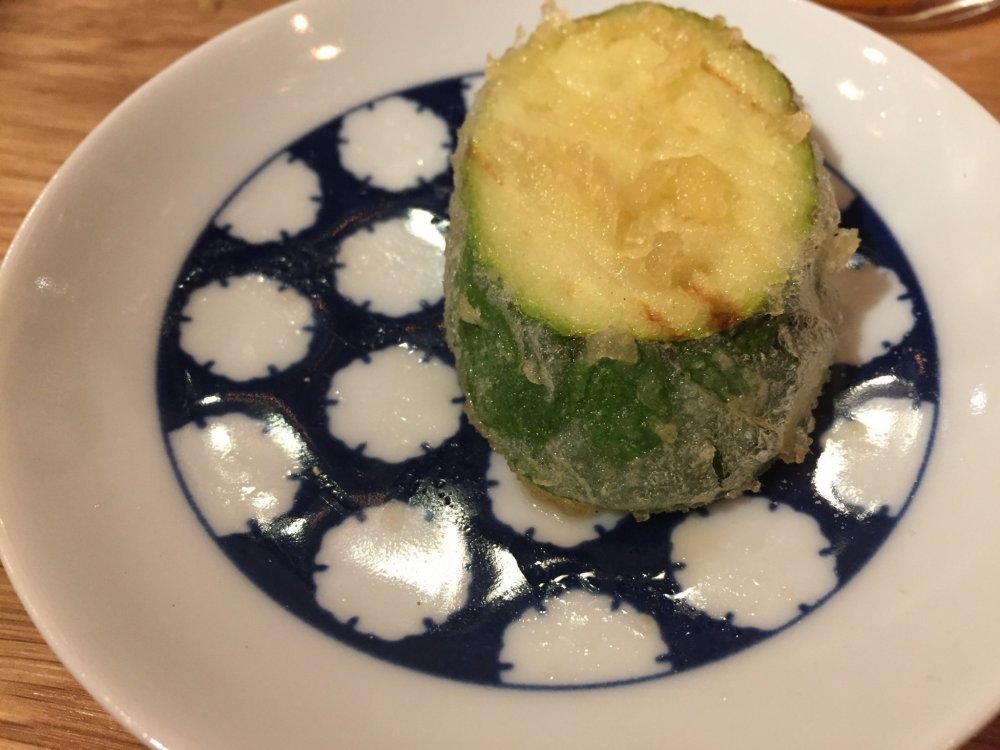 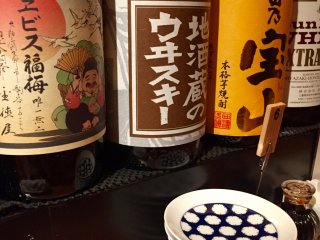 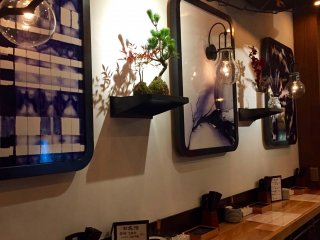 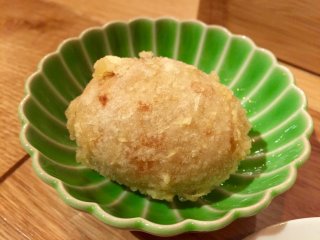 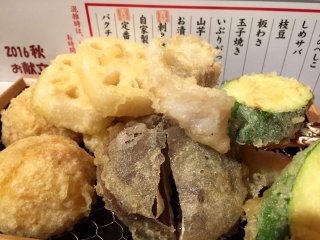 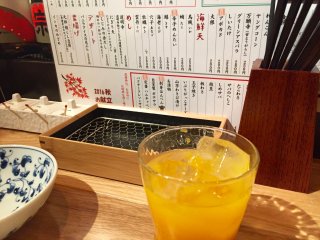 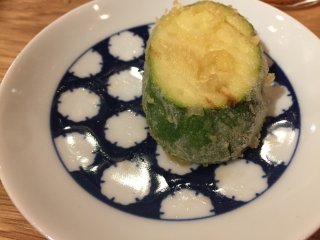 Last weekend we saw pots with white orchids in Azabu-Juban and realized that a new tempura bar just opened. It wasn't too crowded when we entered but by 6 pm it got rather lively. Even a group of foreigners dropped by and they were given an English menu. We ordered just enough tempura to feel full. The zucchini tempura turned out to be too watery because of the vegetable's original texture, but the other kinds were good. Although I wanted to try tempura ice-cream (200 yen), we decided that the wait time would be too long. Tachinomi Kikuya (立呑み 喜久や) also has a branch in Ebisu.