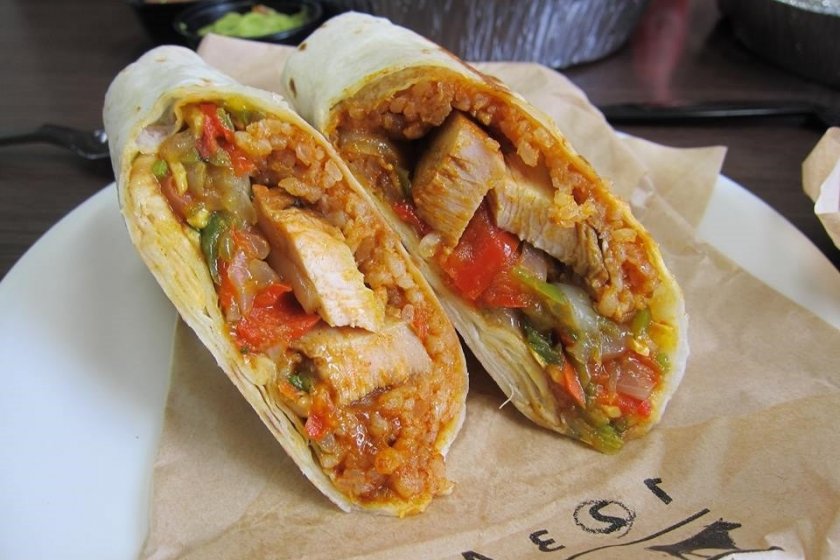 For longer-term foreign denizens of Tokyo, this is a Big One. For tourists, it's a new option for those in the "I just want something easy and familiar because I'm tired of struggling with non-English-speaking waiters and ending up with something slimy and/or squid-like on my plate" mindset.

The American fast-food chain has landed in Shibuya, to the great rejoicing of those longing for Mexican food that doesn't cost a half-month's salary or get served with Doritos. Tacos. Burritos. Quesadillas. Nachos. The food is the Real McCoy, for those familiar with the chain's locations in roughly 25 other countries.

The menu is a bit abbreviated at the moment compared to their overseas locations, which may be a move geared towards Japanese tastes, or it may just be the first step in a larger plan as the company tests the waters of a new market. In fact, this isn't the first time Taco Bell has set foot on Japanese soil. They first set up shop in the 1980's, but closed shortly thereafter and have been gone ever since. April 21, 2015 marked the grand opening ceremony of the franchise's return, which has been long wished-for in many international circles.

In addition to standard Taco Bell fare like tacos and burritos, and the "Crunchwrap Supreme," there are a few Japanese original menu items as well. For instance, the menu includes a shrimp and avocado burrito, and you can get French fries with your combo meal instead of tortilla chips. Also, there's a take on "Taco Rice," the Okinawan creation derived from Mexican food that is now being served as an American Mexican restaurant's version of the Okinawan version of Mexican food. Whatever sells, I guess.

Though foreign chains often boost prices a healthy amount when they expand to Japan, Taco Bell customers will be pleasantly surprised that there isn't too much of a price hike. Standard combo set meals (including a drink and a choice of either nachos or French fries, interestingly enough) run in the 800 yen range. The menu also includes options like nacho platters, desserts, and the Taco Box (set of 12 tacos for a group or a really gluttonous individual).

As for the taste? Fantastic, perhaps even better than the food I remember eating in the American Taco Bell restaurants. The Fajita Burrito I ordered was above and beyond what you'd normally expect out of fast food.

Taco Bell's first location is in Shibuya, just a 3-minute walk from the Hachiko Exit near Shibuya Crossing. The interior is chic and modern. There are eat-in and take-out options available. Menus are available in both Japanese and English, and have pictures. Many of the staff members seemed to be able to speak some English as well. 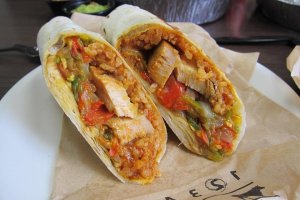 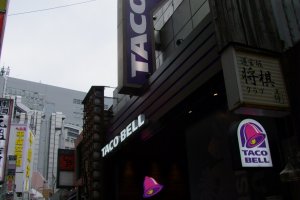 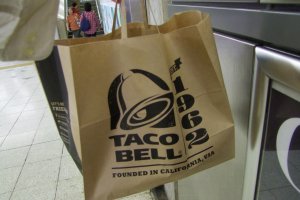 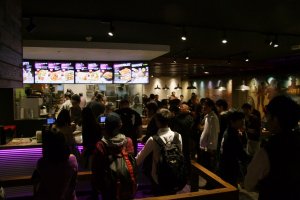 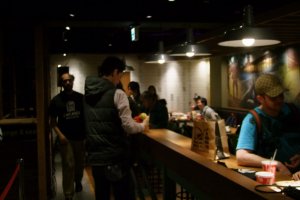 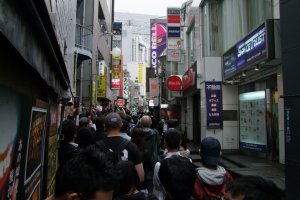 Sherilyn Siy 6 years ago
Can't wait to have my taco fill!
Reply Show all 0 replies

Justin Velgus 6 years ago
Not much of a fast food fan...except I do love my Taco Bell! A few military bases have Taco Bells, but this is the first time the masses can enjoy the good stuff. Great memories of going through the drive thru in America and ordering 20 tacos or more with my friends!
Reply Show all 0 replies

Logan Williamson 6 years ago
This is so cool! I don't think I would stop by because I'm sure it's swamped, but it's so cool!!
Reply Show all 0 replies
6 comments in total