From November 13th until December 5th, Tokyo's Galerie Taménaga will be hosting an exhibition of works from Japanese figurative painter Takanori Ogisu (1901 - 1986). The event celebrates the 120th anniversary of the artist's birth, and will feature around 35 of his landscape paintings inspired from the streets of Paris where he spent over 50 years of his life.

The gallery itself has been a mainstay on the Tokyo art scene since 1969, and was the first gallery to introduce European modern art to Japan.

As there is no on-site parking available at the venue, patrons are advised to utilize public transportation wherever possible. If driving is a must, there are several paid parking lots in the surrounding streets. 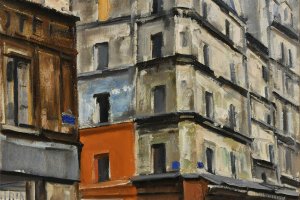 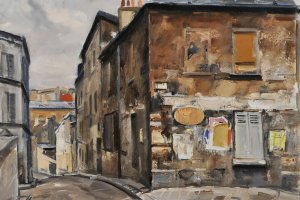 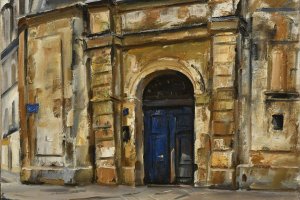 Elena Lisina 2 weeks ago
Such views seem depressing for me...
Reply Show all 2 replies

Kim Author 2 weeks ago
I haven't been to Europe so for me they are charming, but I always like hearing about people's different opinions! These paintings of his are quite dark in color, many muted tones...I wonder if that adds to the gloomy feel.
Reply

Elena Lisina 2 weeks ago
I like the views with greenery. Also I like tidy houses, but such ones make me think of a poverty and desperation.
Reply
3 comments in total