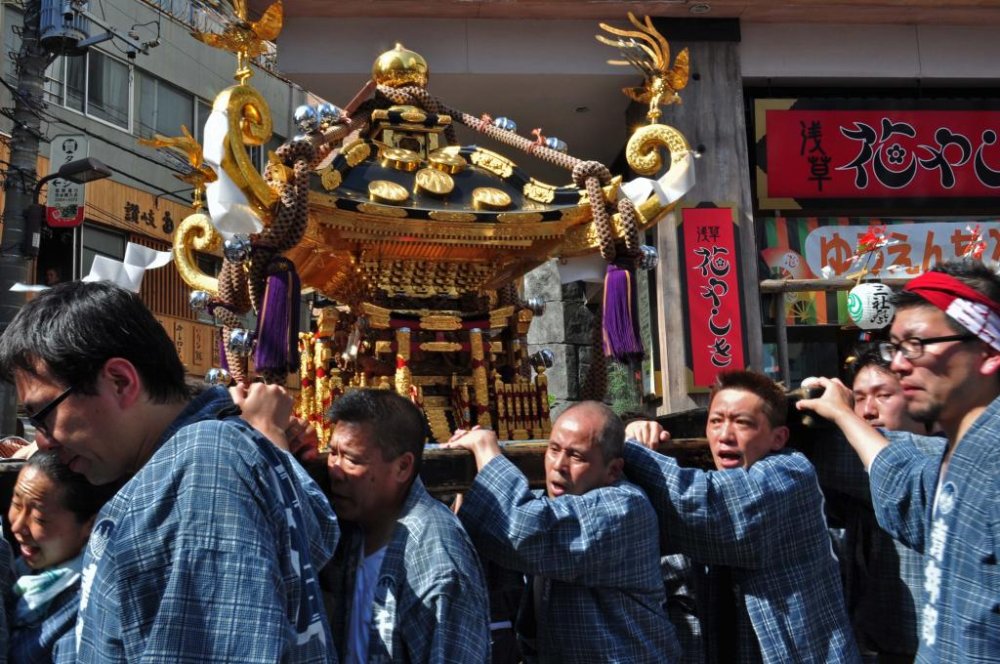 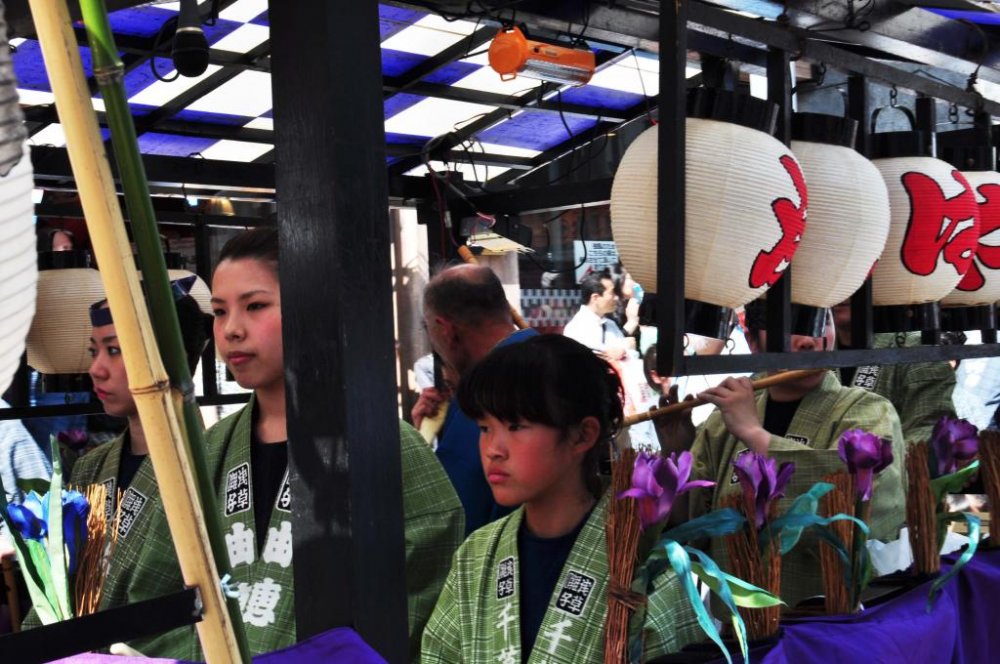 People playing traditional drums and flutes in the procession 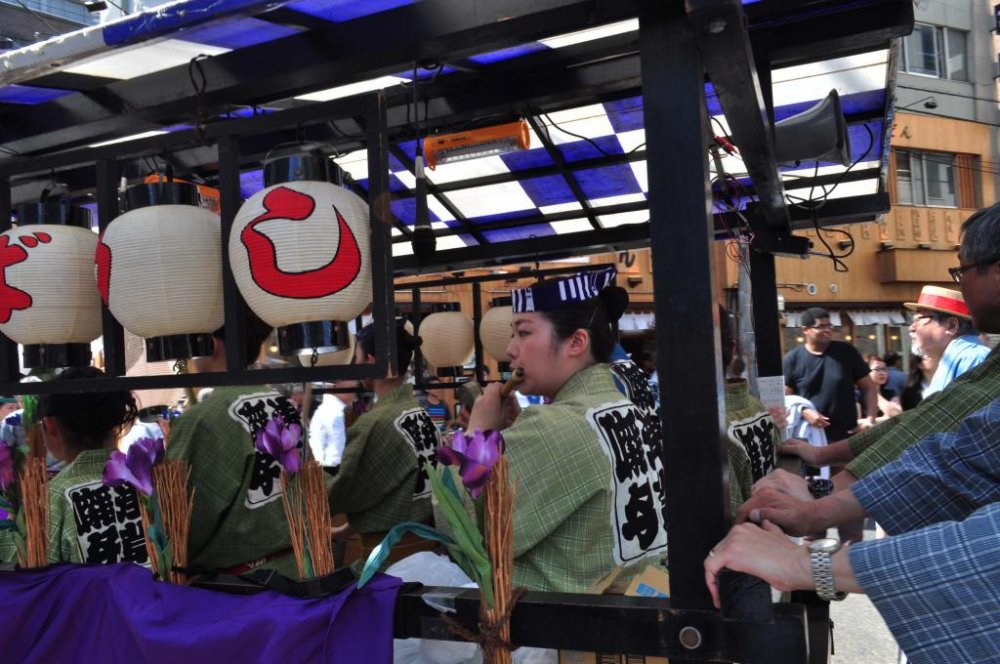 The musicians being transported through the procession 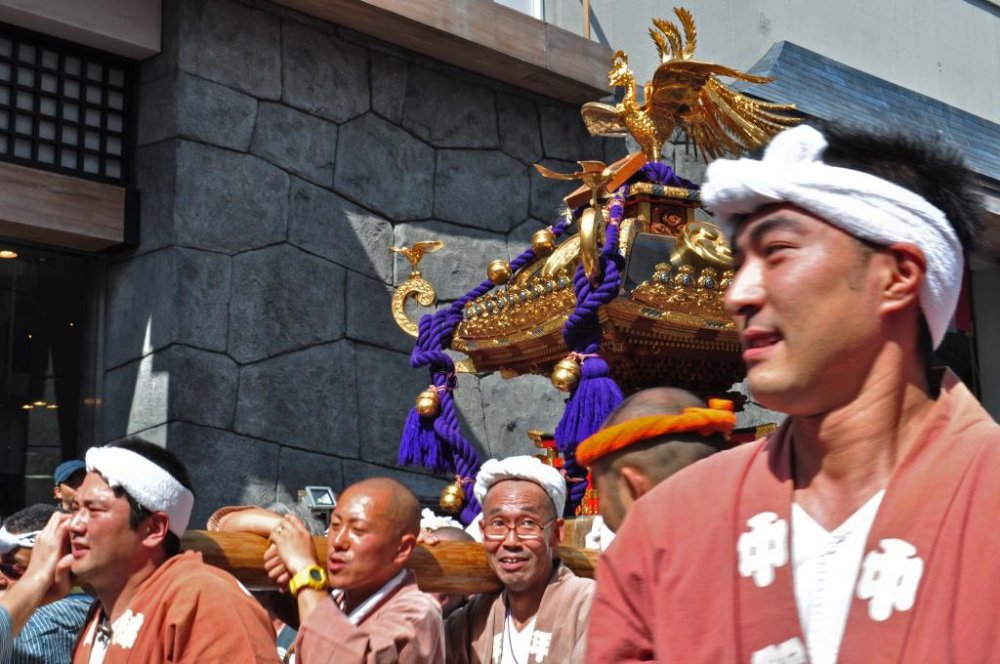 Traditional clothing worn by the residents 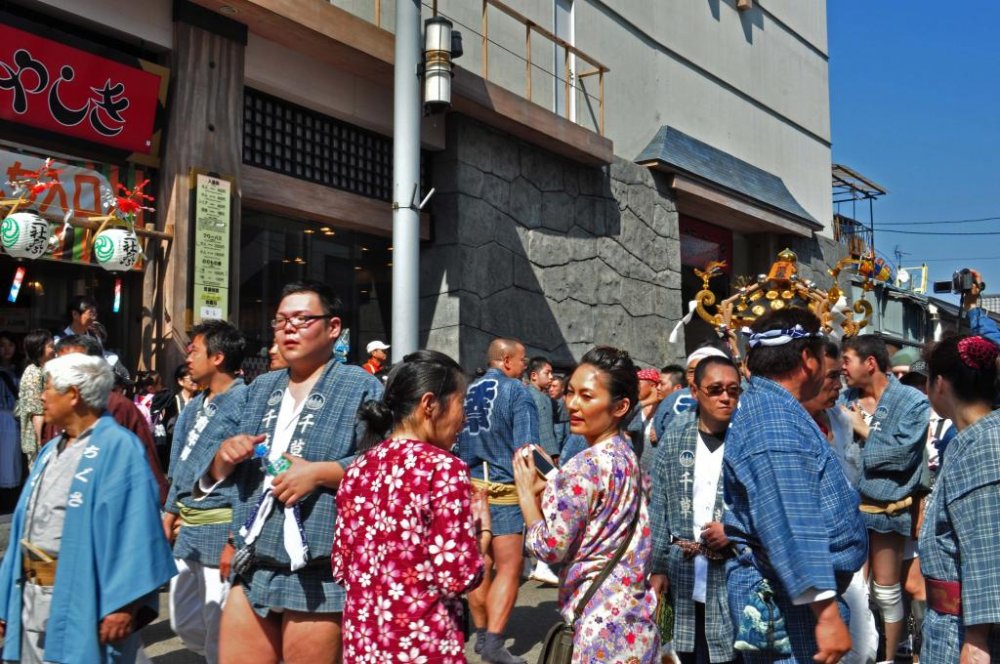 The streets full of participants 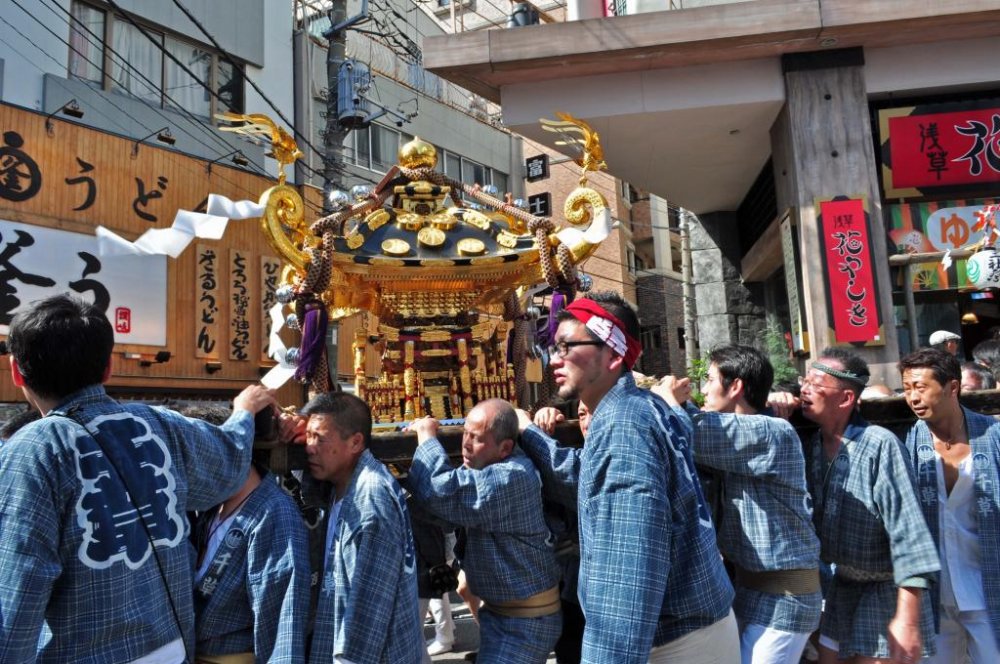 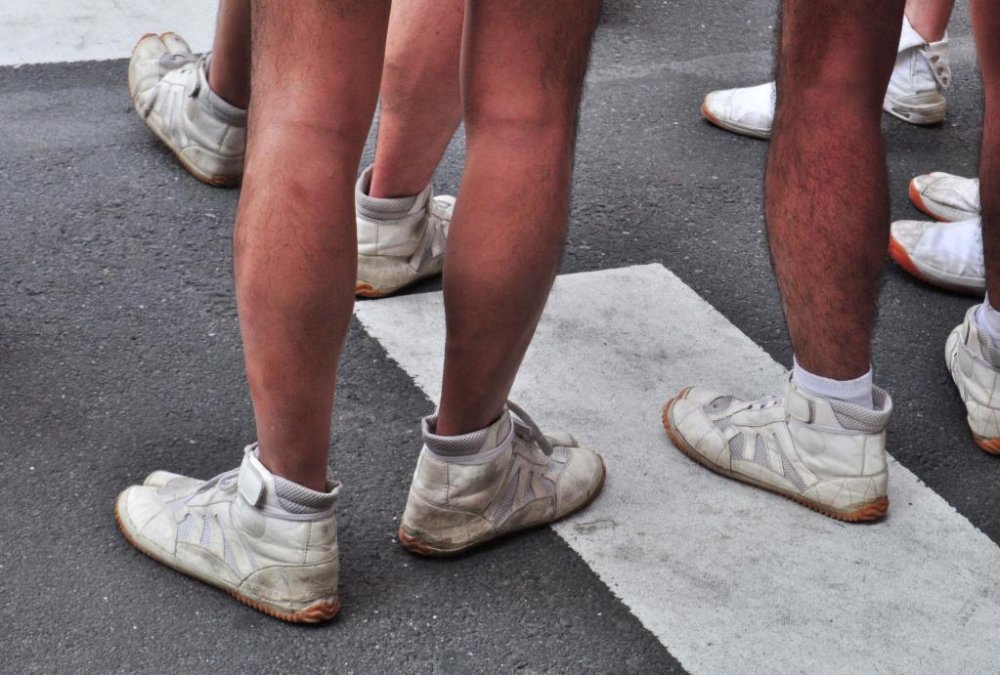 The appropriate footwear for the matsuri 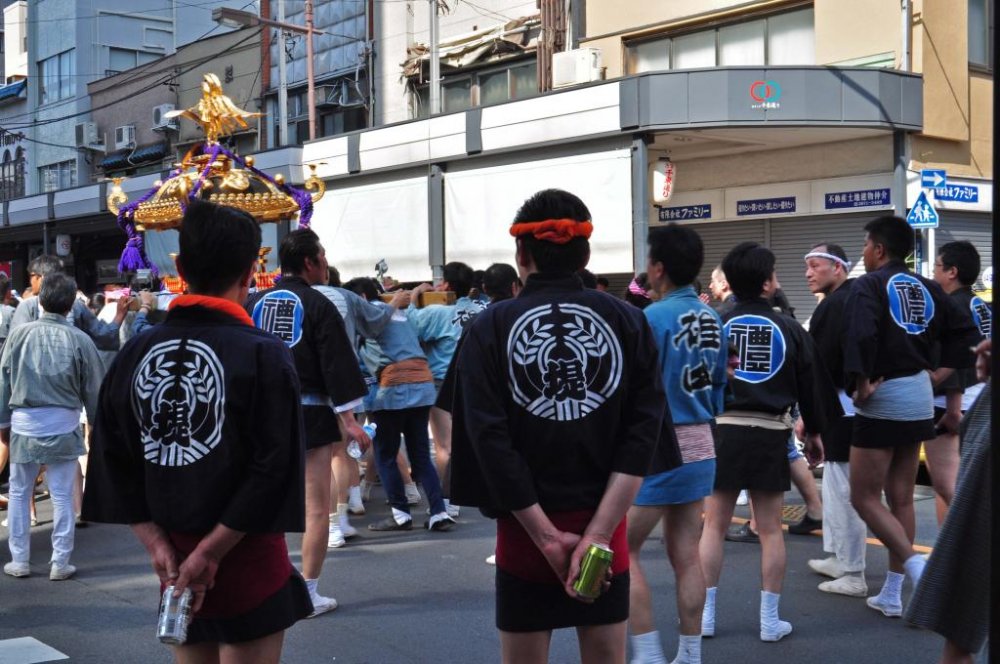 The beautiful garments worn by the residents 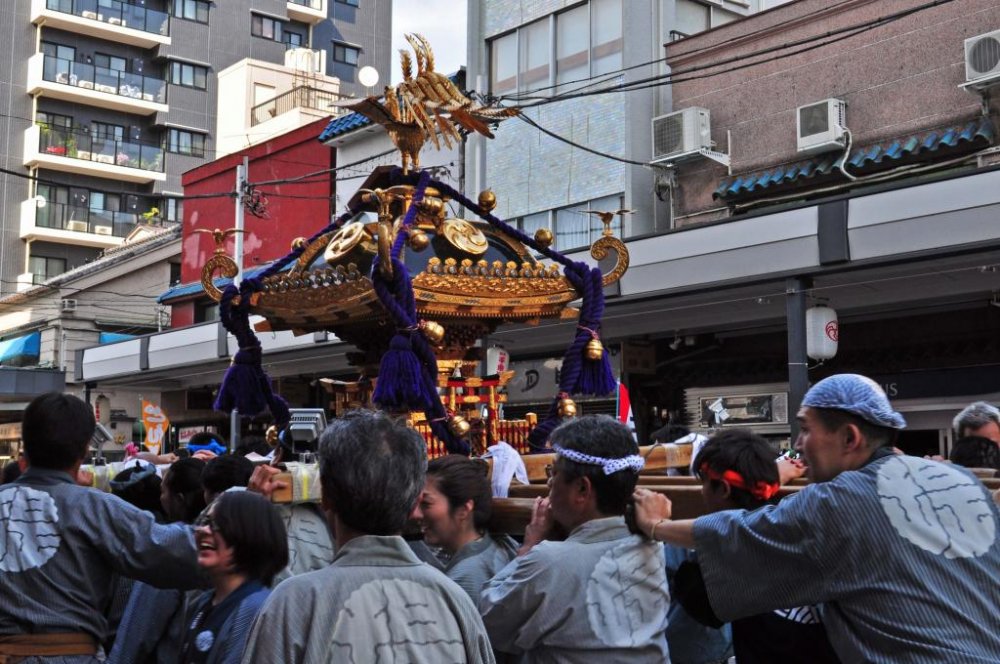 The gold and purple mikoshi in all its glory 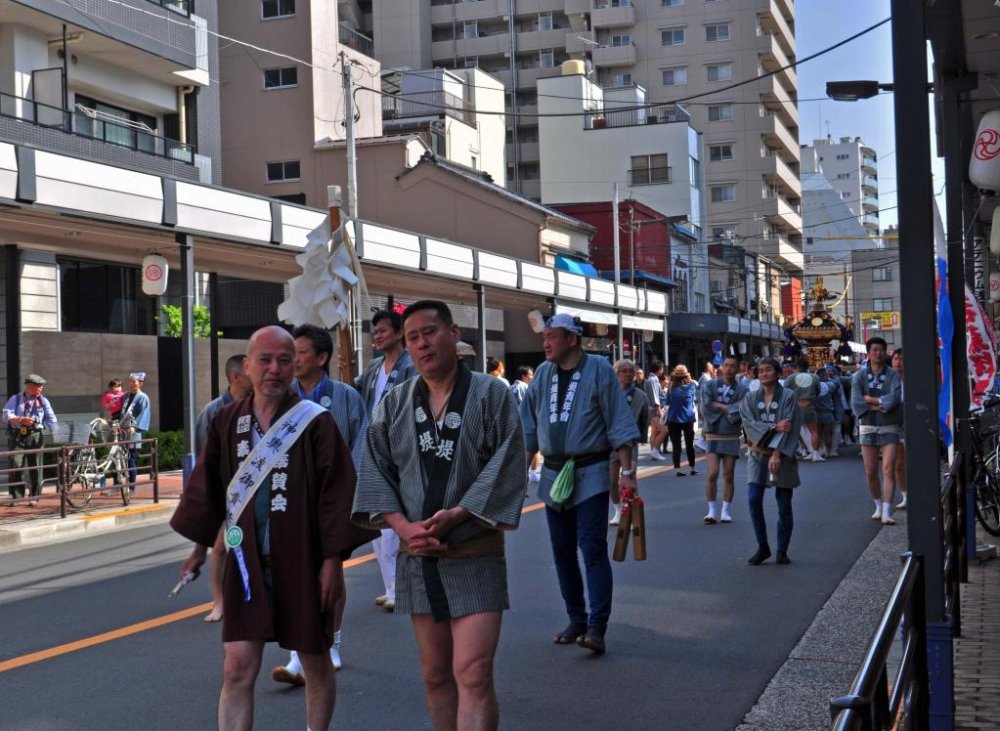 The procession leading down the street 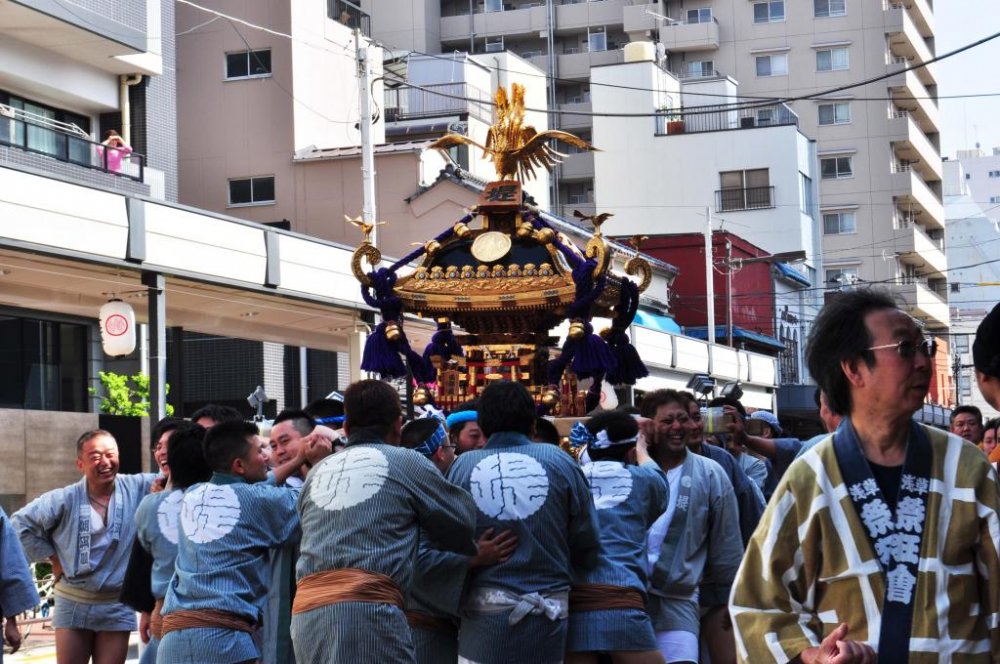 Everyone seemed to be having a good time 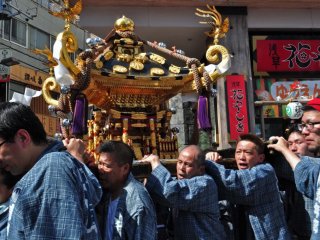 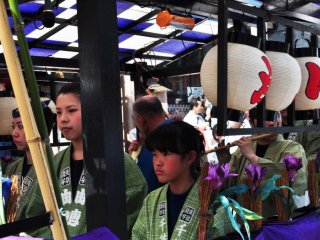 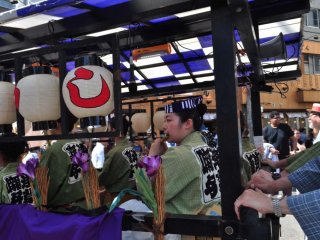 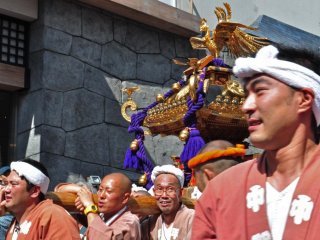 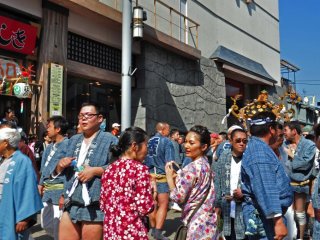 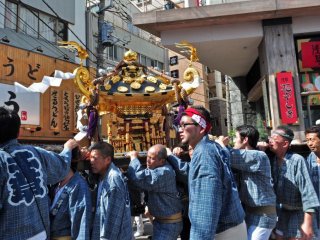 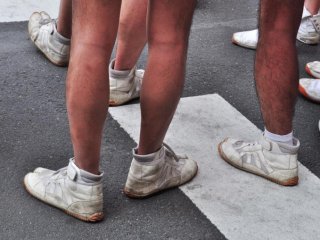 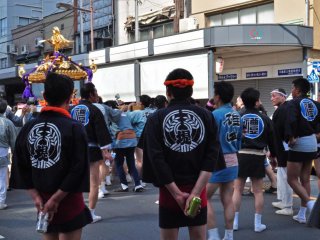 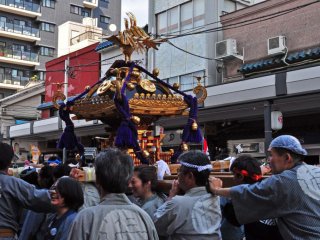 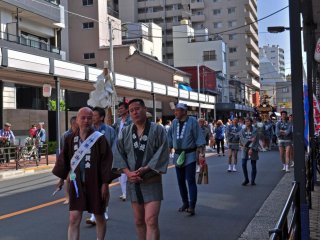 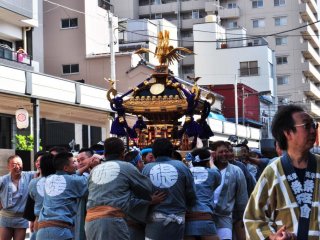 The Nishi-asa San-kita matsuri (festival) is held in Asakusa. Residents of the Nishi-Asakusa Sanchome Hokubu Chokai area take it upon themselves to perform at the event. What drew my attention to this particular festival is that two major yakuza (Japanese 'mafia') groups live in Asakusa and peacefully participate in this festival alongside the other residents. Going there I expected to see the bare backs of the yakuza members full of irezumi (traditional Japanese tattoos) carrying the mikoshi (portable Shinto shrine) down the road. What I did see was one yakuza member with his shirt open baring his irezumi. My heart stopped for a millisecond. Apart from that I felt sort of privileged as I seemed to be the only foreigner at this festival.