A historical fortress at the waterfront in Odaiba 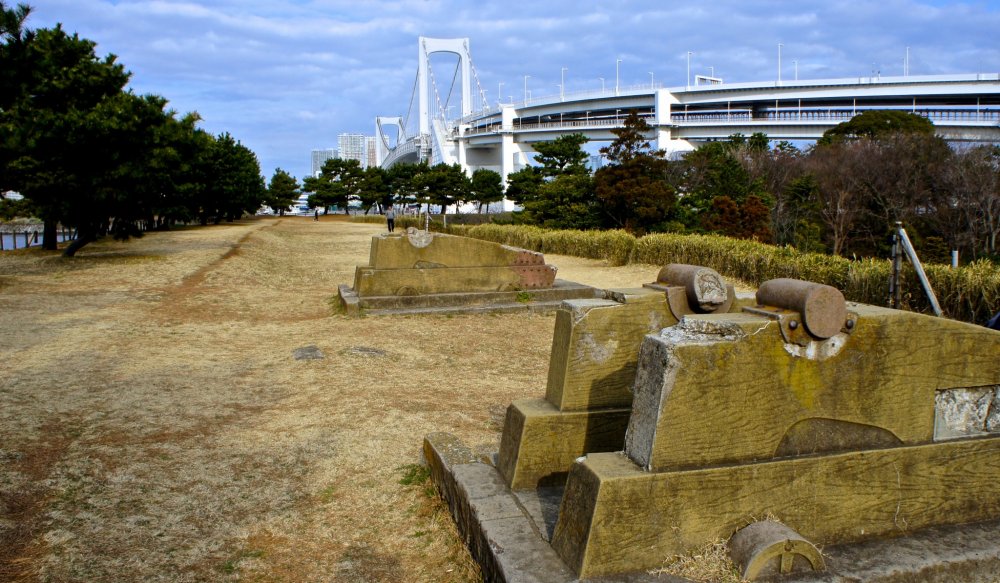 The canon ruins at The Third Daiba, or Daiba Park, with the majestic Rainbow Bridge in the background 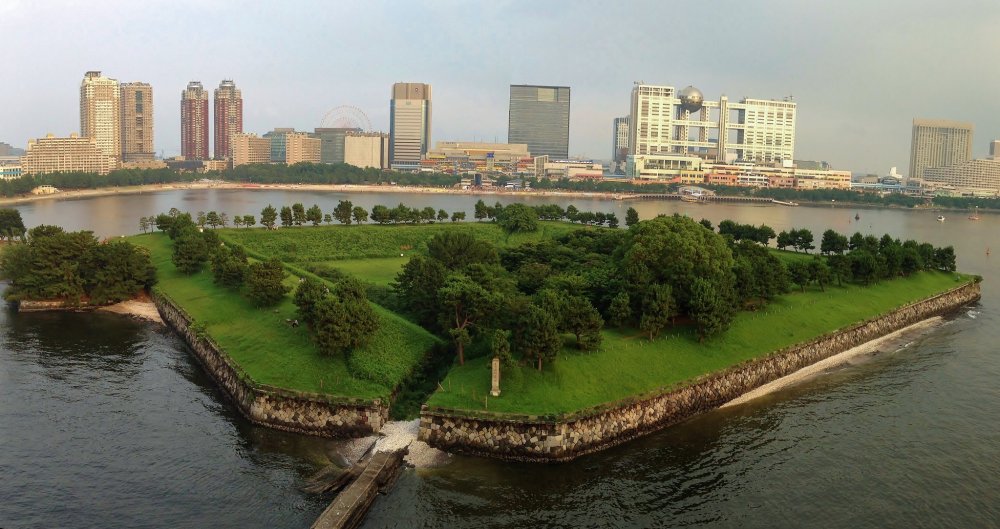 You can access The Third Daiba on foot from the popular Odaiba Decks, or walk over the Rainbow Bridge promenade which directly connects to the Third Daiba Park.

The Third Daiba is quite a wide area and you can see joggers and pet owners going there for a run or stroll. 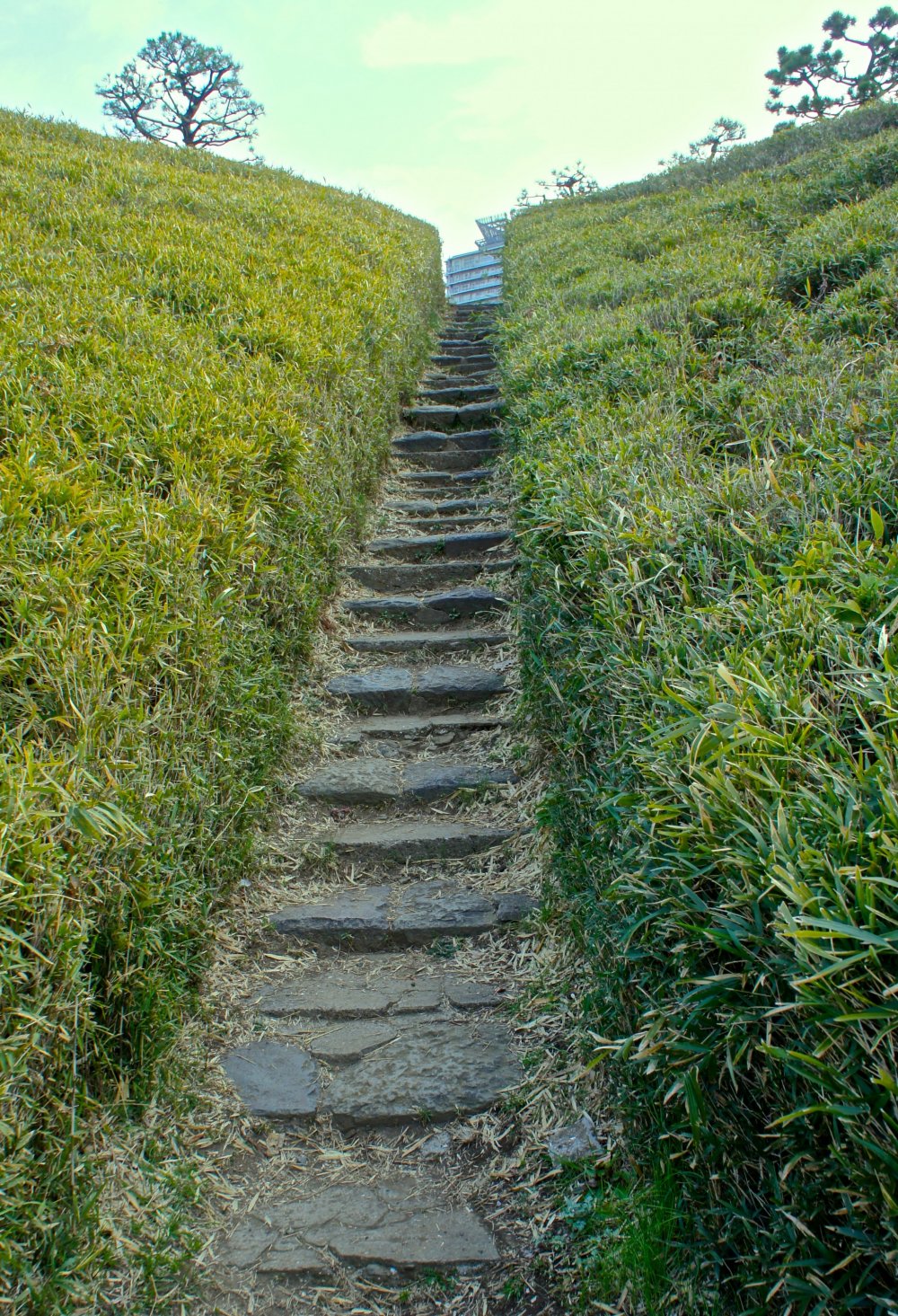 Stone steps which lead to the open ground of The Third Daiba and for a moment you forget that you are just a few minutes walk away from modern infrastructure of driverless trains of Yurikamome or the shopping malls of Odaiba. 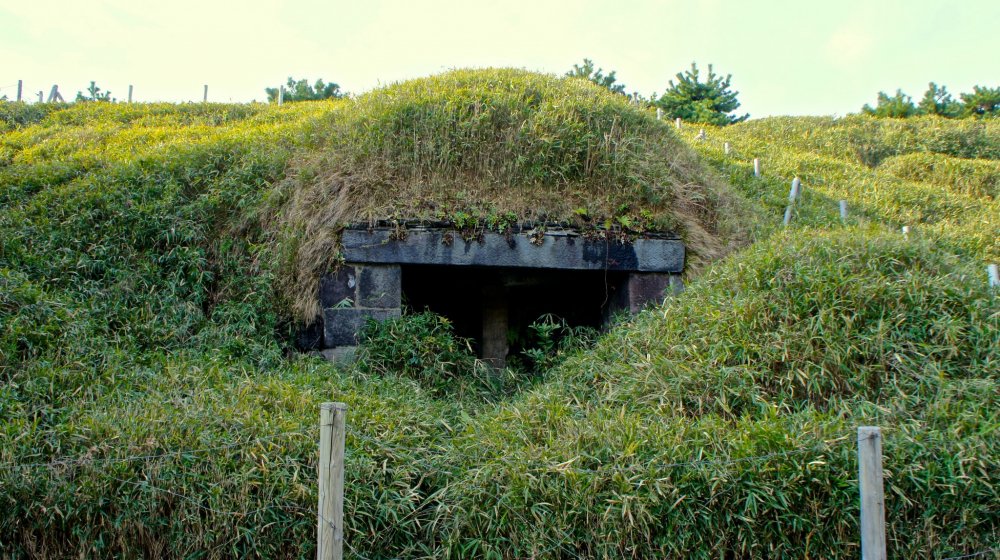 The bunker in the ruins of The Third Daiba. Nature has reclaimed a lot of it and there is no chance of venturing to explore it in any way. 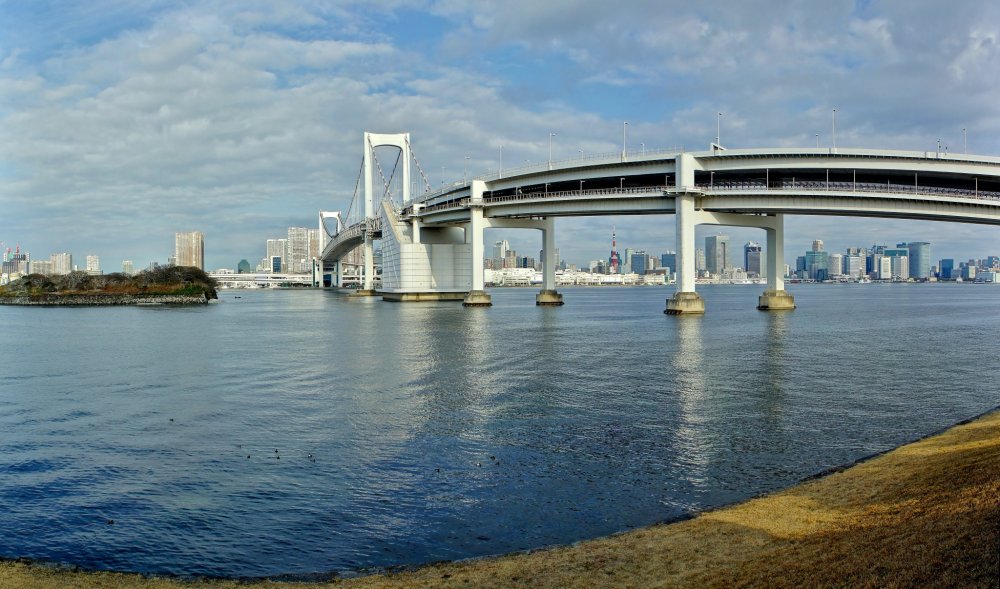 Backside of The Third Daiba, a panoramic view of the Rainbow Bridge and the city of Tokyo in the background. You can also see Tokyo Tower between the two large columns of the bridge. 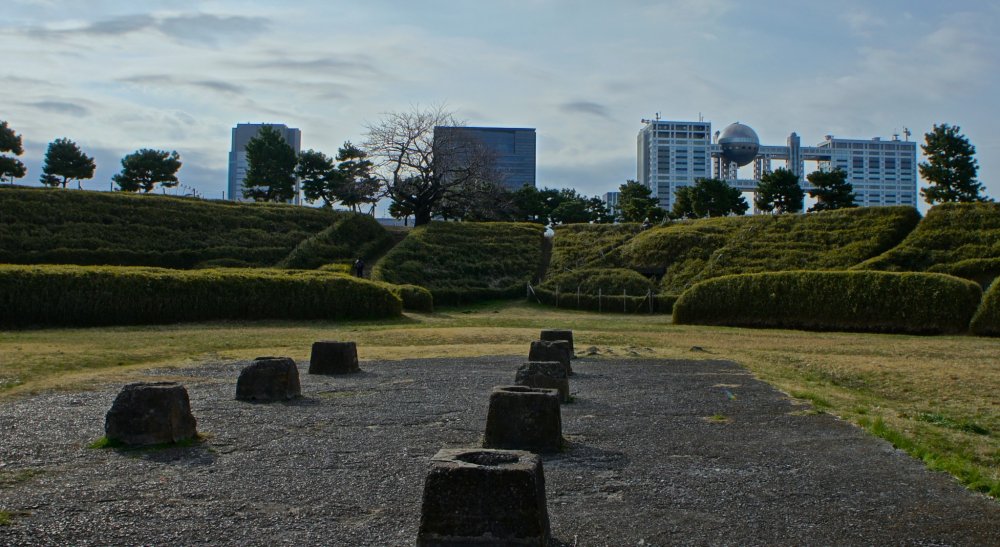 If you check the Japanese blogs on the internet relating to The Third Daiba, it says that there have been ghost sightings at night. I do not believe in that, but then again you have been warned! 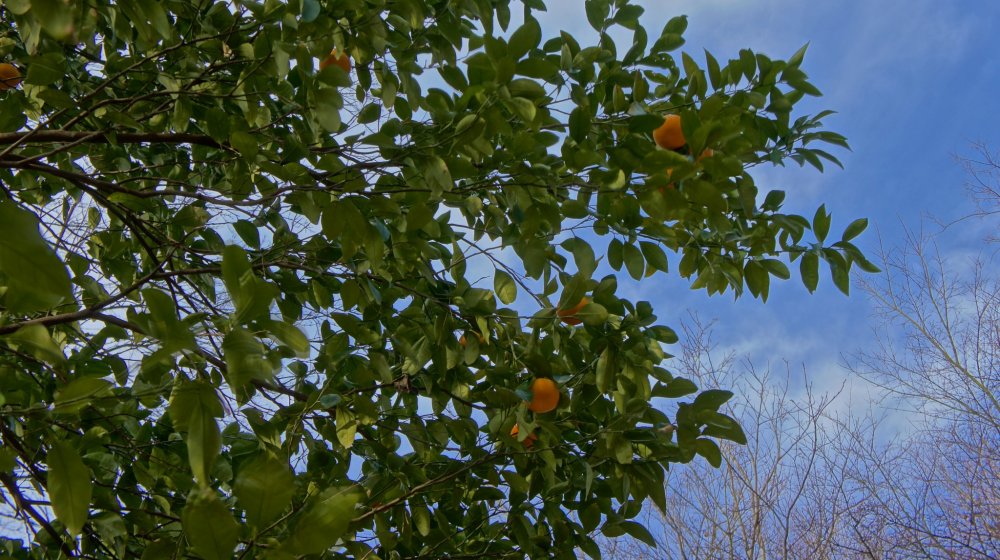 The Third Daiba has many orange trees and fruits growing in the wild, a rare sight in Tokyo. 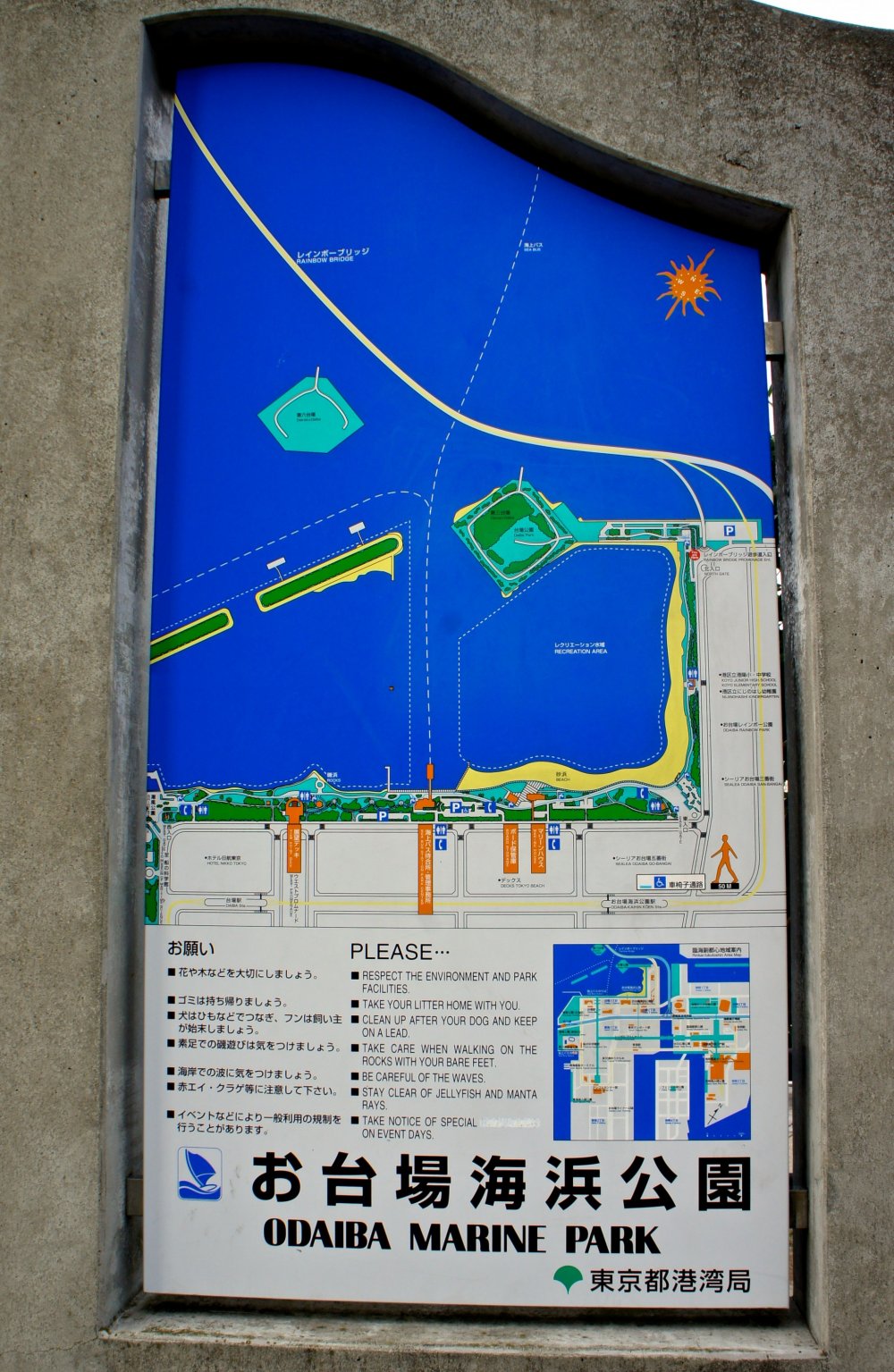 The access map sign at the entrance to The Third Daiba. I have been here at twilight-time, honestly speaking with no lights inside the park at all; so although I often recommend to visit places in the evening, in this case I suggest that you visit this place during the day. 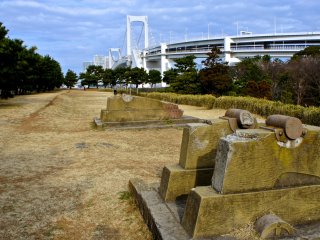 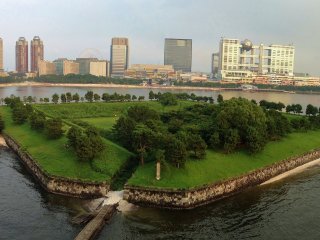 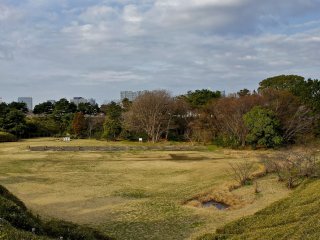 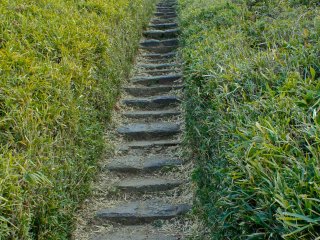 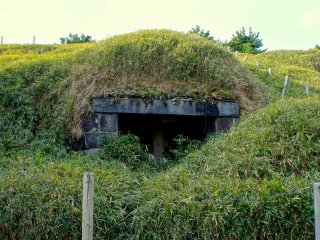 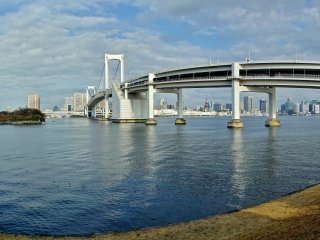 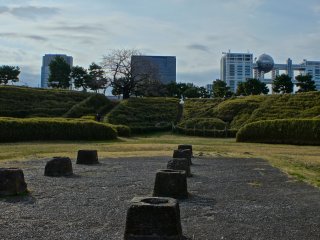 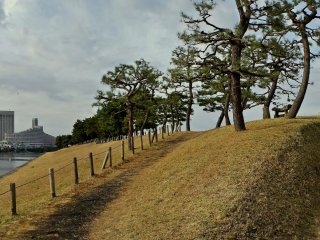 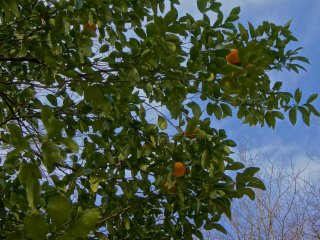 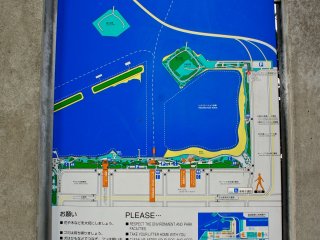 I have visited the futuristic district of Odaiba frequently and I always wondered about the small island-like structures on the waterfront between the Decks Tokyo Beach and the Rainbow Bridge. During an early morning walk in the area, I found out that the place is called The Third Daiba and that it is actually a national historical landmark. It is one of the many man-made islands erected in the mid nineteen century, serving as a fortress to protect from foreign ships getting too close to the city of Tokyo. The Third Daiba has been a great find, with the ruins of the fortress still in place, including canons used for defense. The views of the bridge and other Odaiba landmarks from here are beautiful!