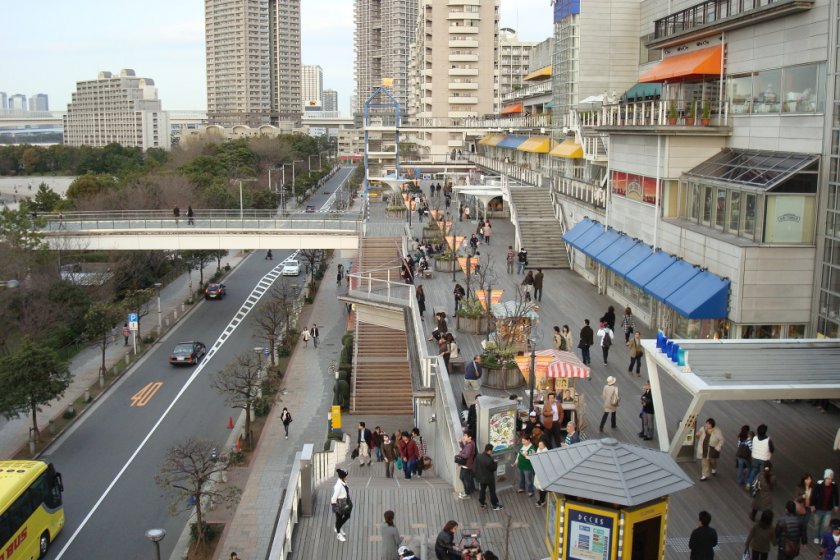 A mall that's truly out of the ordinary

Decks Tokyo Beach really had to go out of its way to draw a crowd - it was the first real entertaintainment facility built on the artificial island of Odaiba, a former industrial wasteland that had high hopes for becoming the "city of the future" within Tokyo. But in an out of the way corner of the city, with little else but hotels sharing the space around it, when they built Decks they knew it needed to be something special enough to bring visitors all the way there.

The planners stepped up to the challenge - Decks delivered a boardwalk filled with outdoor cafes, kiosks and performers, two themed malls and an indoor theme park. As the area developed the shopping centre added more and more attractions to its halls. These have come and gone; in 2010 the centre removed its Hong Kong-style floor and the Muscle Park and began redeveloping the Sega Joypolis arcade. (It's scheduled to return in July 2012.) The Takoyaki Museum is so authentic, you might have stepped right out of Tokyo and entered Kansai. Odaiba 1-chome Shopping Street capitalizes fantastically on the "showa retro" boom that has been spreading throughout Japan. The developers clearly believe that keeping everything new, fresh and out-of-the-ordinary (seriously, "Muscle Park"!?) will keep repeat visitors coming back after they've seen and done the rest of the island.

The appearance of Aqua City Odaiba directly next door to Decks (even connected by a boardwalk!) doesn't appear to have fazed anyone. The two malls share few of the same offerings - Aqua City sports a Starbucks, for example, where Decks offers Tully's, Aqua City has a MouMou ice cream shop to counter Decks' popular Basken-Robbins (called 31 Ice Cream in Japan). Frankly, for shopping and food, though, Decks provides just barely enough to keep up with the competition. Their appeal over Aqua City is all in the gimmicks - and there are plenty. From the "cat goods" store with a door shaped like a giant yawning pink cat to the 1960s-style pinball machines in the retro arcade, Decks specializes in providing oddball amusements that you'll be hard-pressed to find anywhere else in Japan. The Trick Art Museum is a popular new attraction, as well as the massive retro shopping street. Japan's first Legoland will be opening in June 2012, promising "4D cinema entertainment" and a huge indoor entertainment facility.

Stroll down the boardwalk that divides the Seaside Mall and the Island Mall, or take the beach boardwalk and shop at the outdoor kiosks and cafes while looking out at Tokyo Bay. This stretch of waterfront is one of the best views in the city - and it's always active, with buskers, live radio broadcasts, seasonal decorations and a great atmosphere. Don't miss this on your next trip to Odaiba - but don't forget to check out all of Decks' quirkier offerings, too! 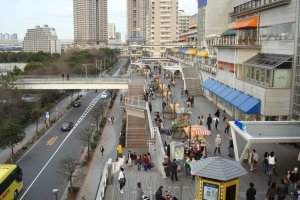 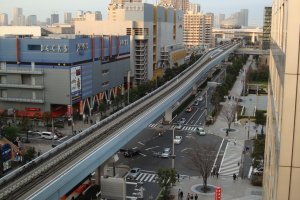 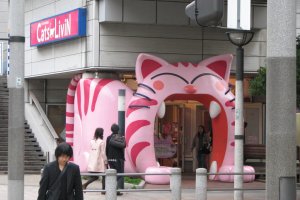 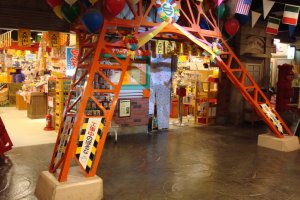 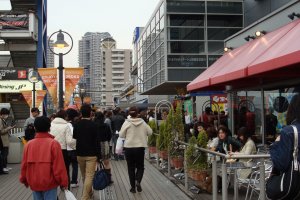 Lola Smith 8 years ago
The view at night here is great!
Reply Show all 0 replies

Lauren Banks 8 years ago
I personally like Decks more. The building itself is very unique shaped like a boat, and having lunch or dinner out on the decks while watching the beautiful scenery is quite exquisite. But of course, Odaiba itself has a lot to do and is very fun to explore! Another point I would state is that there are many attractions and little events around Odaiba, which is something to look out for too.
Reply Show all 0 replies
3 comments in total