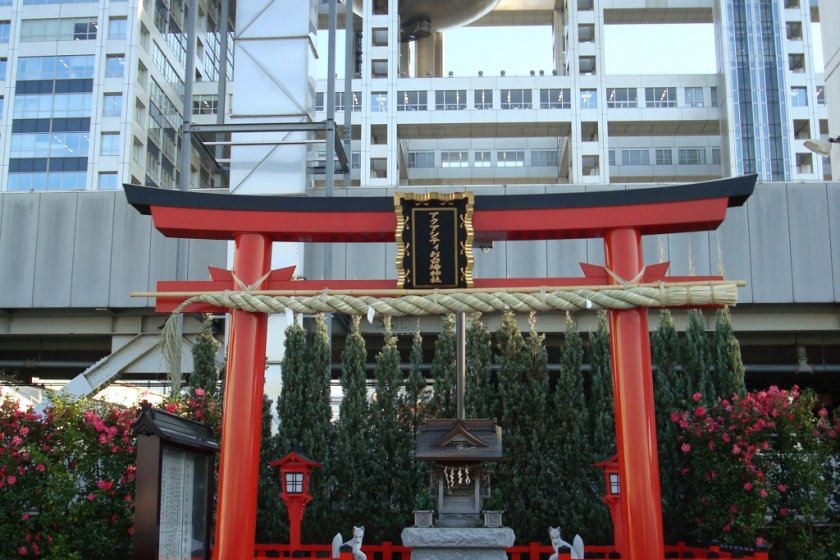 Aqua City Shrine with Fuji TV building in the background

Even in a city like Tokyo, putting two huge shopping centres directly next to each other seems, to me, like a little bit of overkill - even more so when they're sharing a train station, a boardwalk and a fairly good portion of beachfront land with each other! Aqua City Odaiba, just past its 10th anniversary, swooped right in and settled itself beside Decks Tokyo Beach and worked on making itself a different, but just as essential, sort of shopping experience.

Visitors to Aqua City will probably note first that it seems more like a traditional mall than Decks. The stores are a good mix of fashion, service and entertainment. Most of the stores reside on the 3rd floor, where they are laid out roughly east to west, with two "main" hallways and one centre hallway for access.

On the east side of the building is Mediage, which is a media and entertainment area. The biggest draw is the enormous multiplex cinema, which according to Aqua City's website, boasts the newest audio and visual systems available. Mediage also offers Sony's Science Museum and showroom.

Like most Japanese shopping centres, it has dedicated restaurant space on the 5th and 6th floors, as well as a small food court in the basement with primarily Japanese fast food, plus a few western favourites - though the smell of cinnamon buns competing with curry rice is one I could do without! (I've heard that Cinnabon has recently moved out, but there are still two ice cream shops there for your sweet tooth.)

One of the most interesting points of Aqua City is the rooftop Shinto shrine - a very Japanese sort of thing, and quite startling should you stumble upon it without knowing it was there. The spirits of the Aqua City Shrine are said to be those of Shiba Daijingu, also known as "Oise-sama." It is the only shrine on the island, and despite its small size, holds various seasonal rituals, including midnight New Year's celebrations. The shrine area, which is outdoors, also provides one of the best free views of Tokyo Bay. It's located on the 7th floor and must be accessed from special elevators and escalators on the souh side of the 6th floor.

Aqua City does an excellent job of distinguishing itself not only from other shopping complexes in Tokyo, but from its own neighbour, Decks. It's more than worth a visit just for the spectacular views from the restaurant floors and boardwalk, the futuristic light shows on display in Mediage, the great food and selection of shops. The quirky food court is sure to provide you with something you've never tried before, maybe never even seen - and don't forget to pay a visit to Oise-sama! 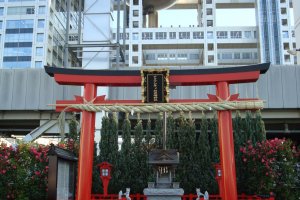 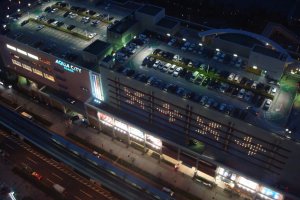 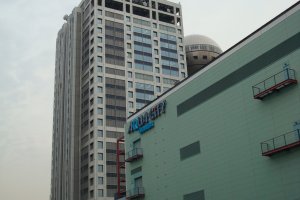 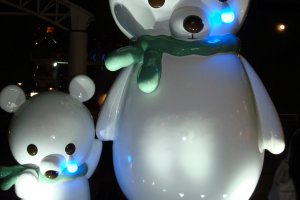 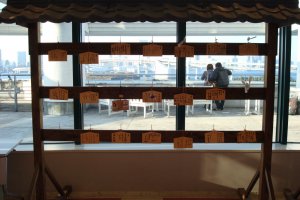 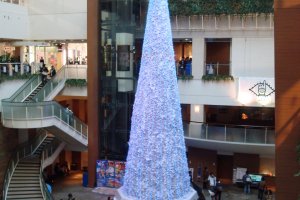