A taste of Hawaii in Odaiba 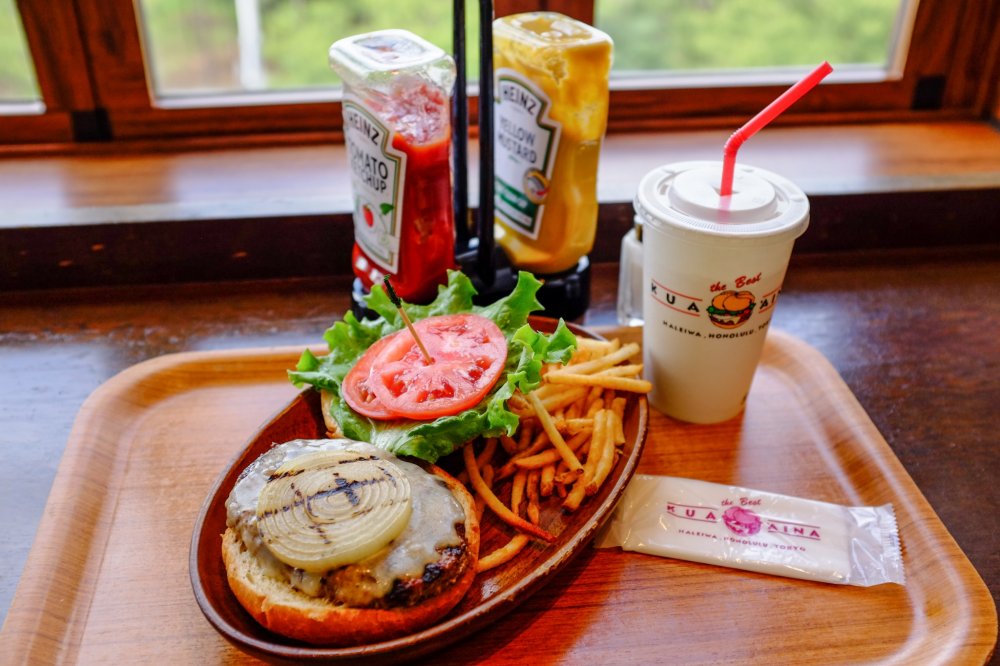 My basic cheeseburger set. The fries were delicious, as was the burger 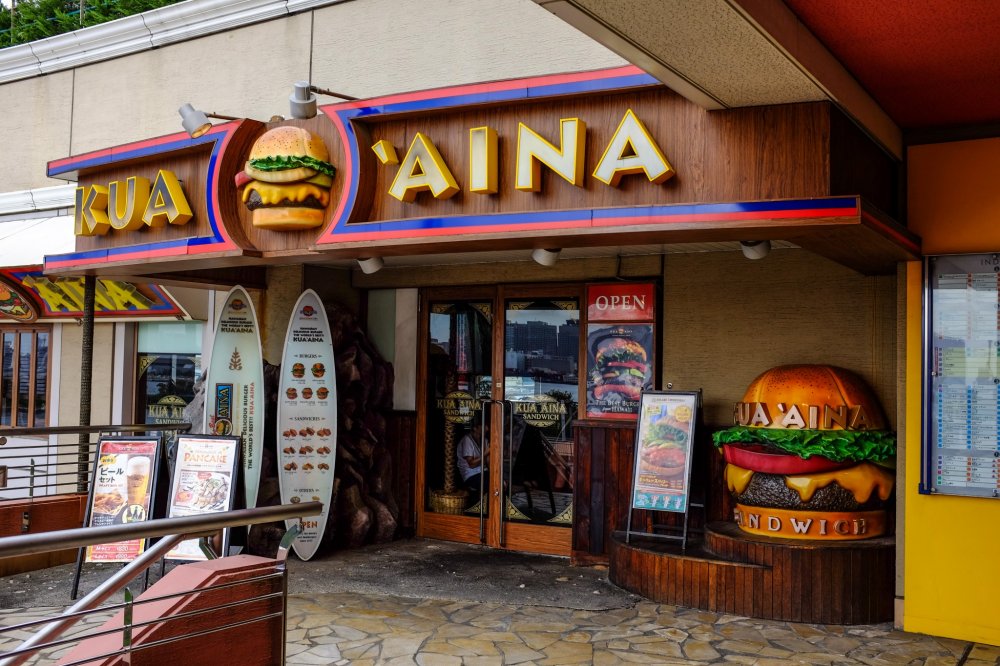 The entrance to Kua Aina is hard to miss, located on the 4F of Aqua City Building 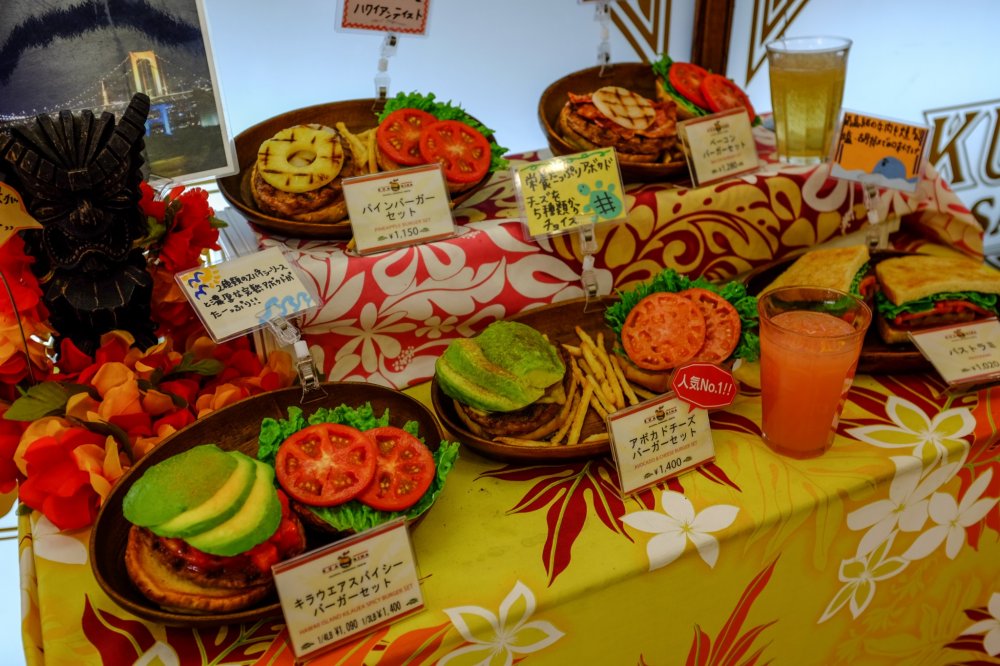 Some of the delicious meals on offer 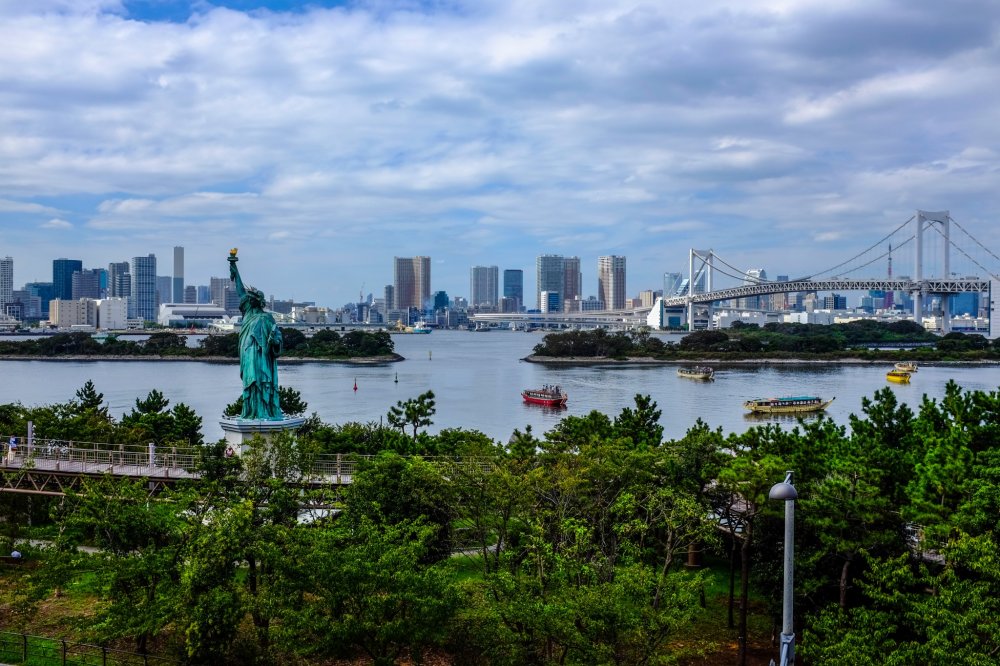 Enjoy your meal whilst overlooking Tokyo Bay, Rainbow Bridge and of course the Statue of Liberty 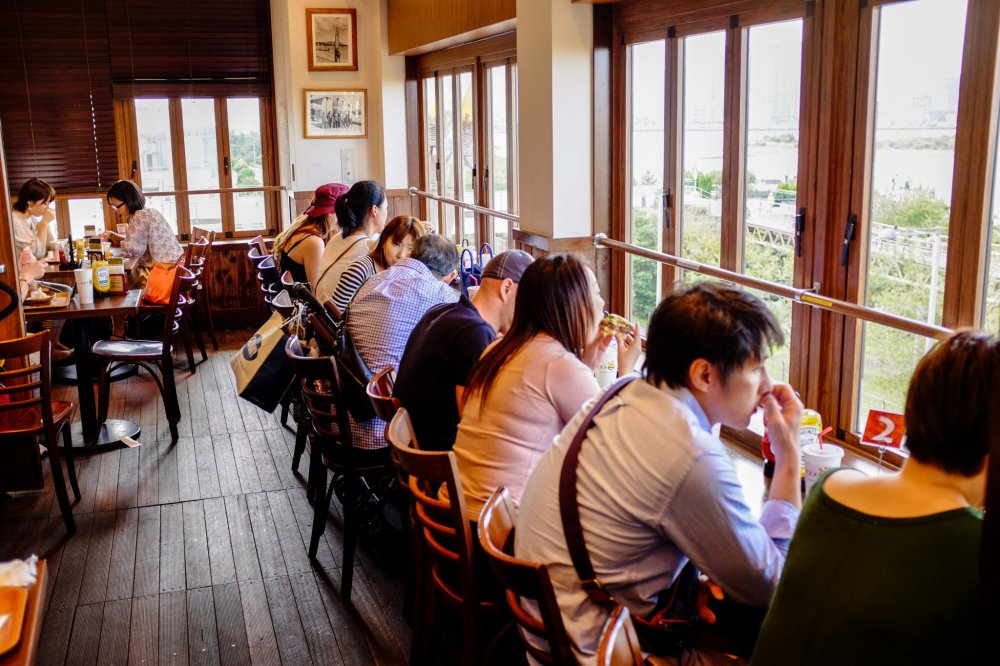 I recommend the counter seats which overlook Tokyo Bay 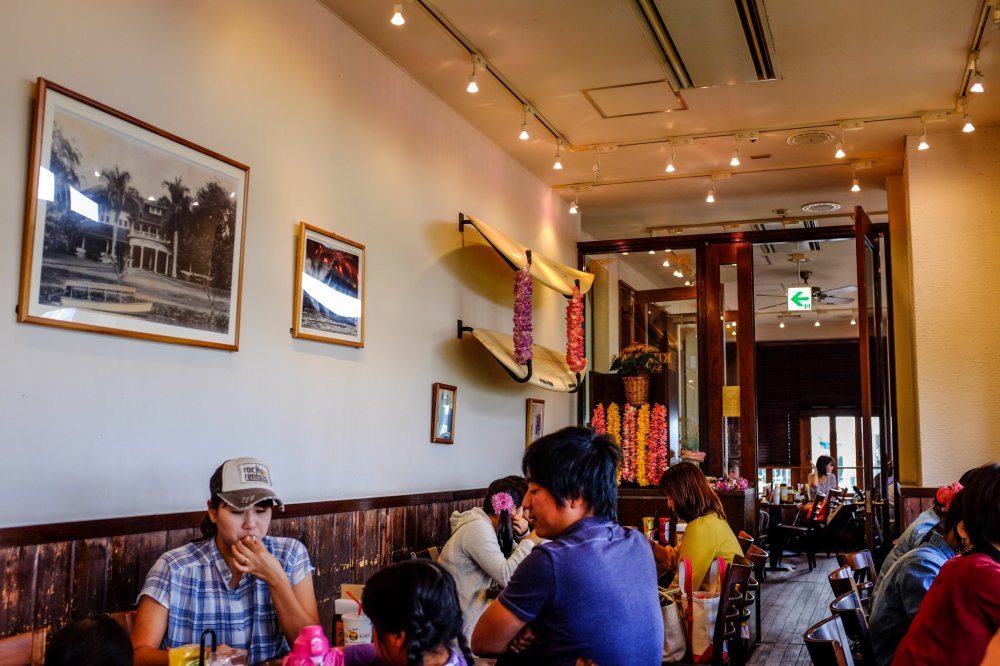 The restaurant is filled with Hawaiian paraphranalia like surfboards, lei necklaces and surfing photos 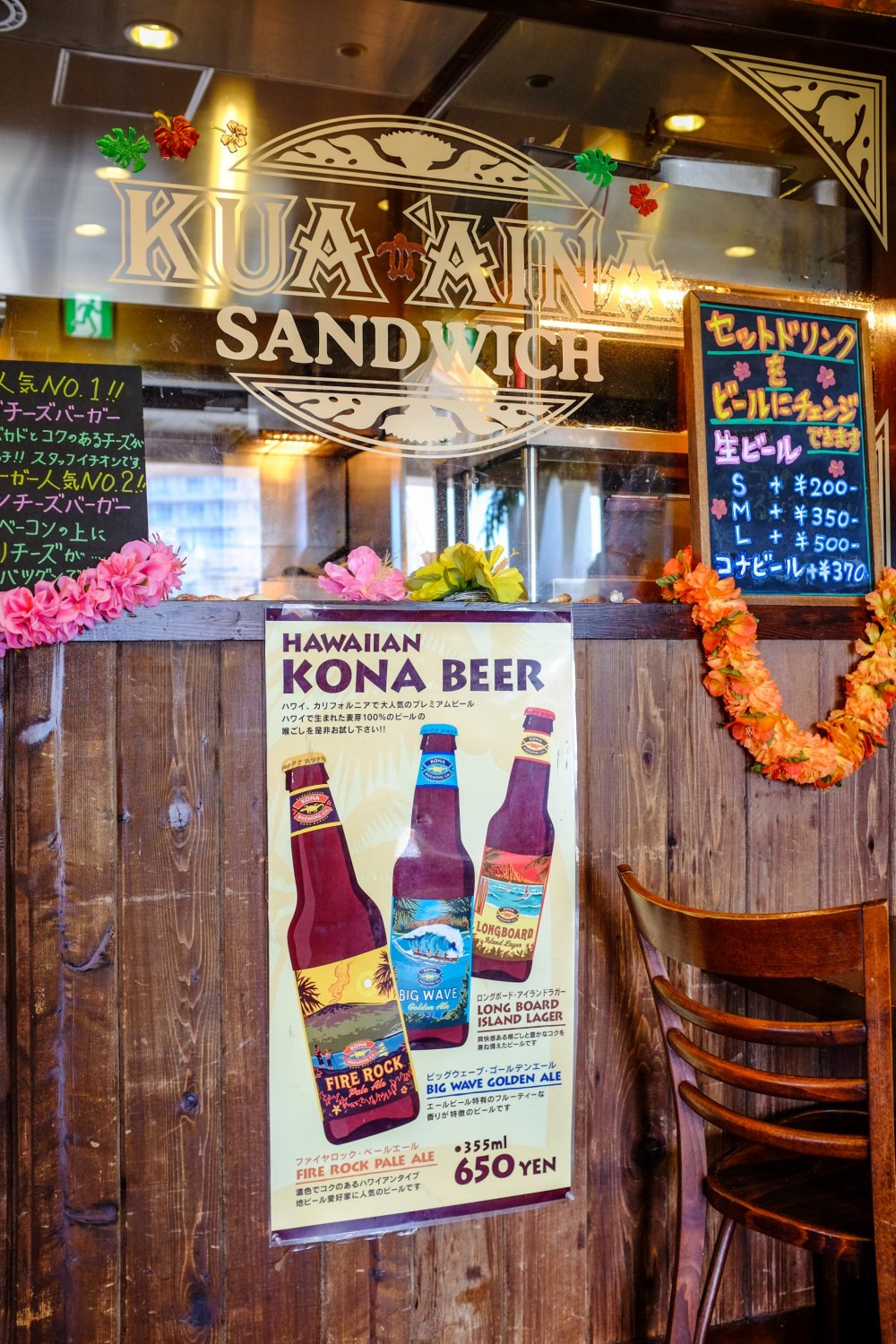 You can sample Kona Beer at Kua Aina also! 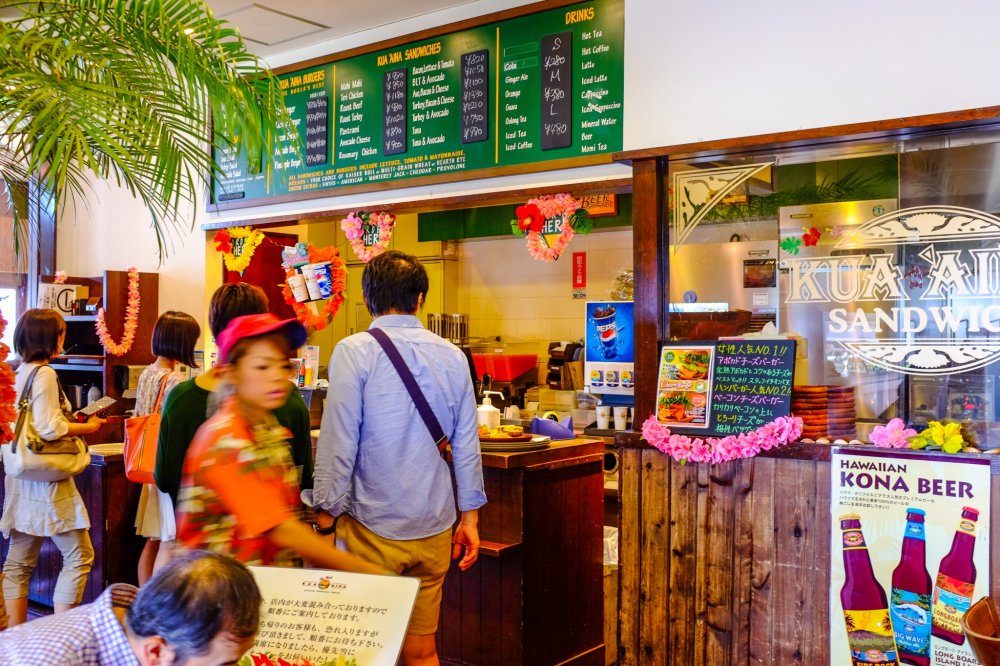 As you enter the restaurant, place your order at the counter and take a seat, everything is made fresh to order 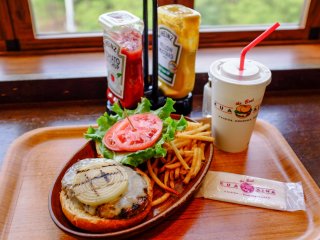 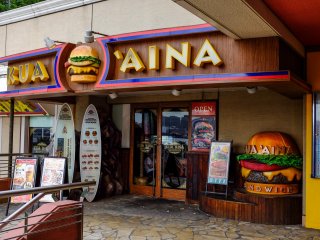 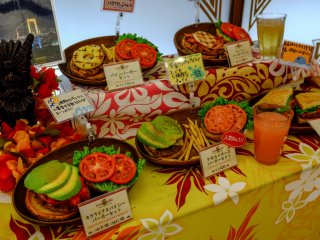 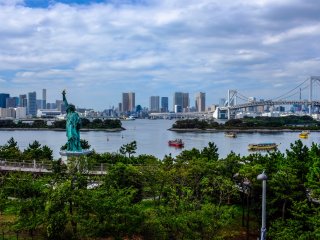 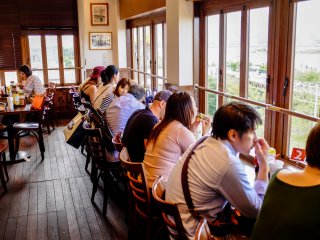 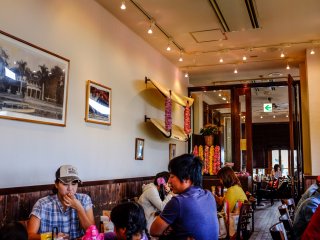 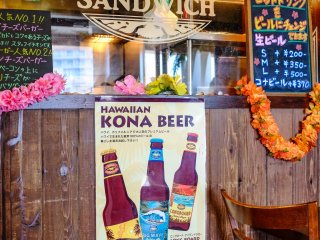 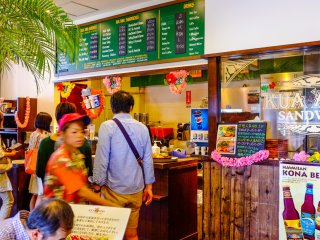 Kua Aina is one of the most unique and tasty sandwich and burger restaurants you're likely to find in Tokyo. Based on the original restaurant on Hawaii’s North Shore which opened in 1975, Kua Aina Odaiba now serves what I believe are Tokyo's most succulent burgers and char-grilled sandwiches.

The restaurant is decked out in Hawaiian style, complete with surfboards, dusty old photos surfing photos, palm trees (fake unfortunately) and traditional Lei flower necklaces. The staff are also afforded the luxury of wearing traditional Hawaiian floral t-shirts. The restaurant serves a range of made to order burgers and sandwiches, and also has a nice range of sides including onion rings, popcorn shrimp and chicken nuggets. Burgers start from 950 yen and sets including burger, home made fries and a drink start from 1,150 yen. If your taste buds are a little bored of Kirin, Sapporo or Suntory Draft beer, you can also try Hawaiian Kona Beer. The restaurant features group tables, as well as counter style seating along open windows which look out over Tokyo Bay, the Rainbow Bridge and Tokyo's version of the Statue of Liberty.

Kua Aina is located in the Aqua City Building in Odaiba and is open everyday from 11:00–23:00.