From June 11th until July 25th, Ikebukuro's Namjatown entertainment complex will host a Tiger & Bunny pop-up cafe to celebrate the 10th anniversary of this popular Japanese animated series. There will be three different kinds of lemonade-based drinks served in collectible bottles, themed donut sets, and a variety of original merchandise (tote bags, t-shirts, mugs, and key chains) available to purchase at the event.

There will also be an exhibition corner at the venue which will have a 1/1 scale model of the Double Chaser, the bike that Wild Tiger and Barnaby Brooks Jr. ride on during their adventures in the series.

Namjatown is located within Ikebukuro's Sunshine City complex. It can be accessed in under five minutes on foot from Higashi Ikebukuro Station, which is served by the Tokyo Metro Yurakucho Line.

For those who opt to drive, Sunshine City is directly connected to the Higashi Ikebukuro Gateway on the Shuto Expressway's Route 5. 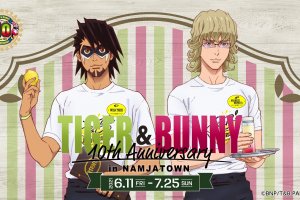 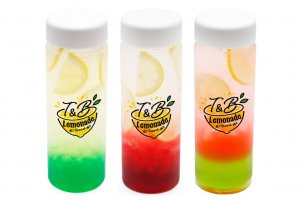 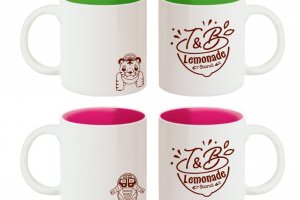