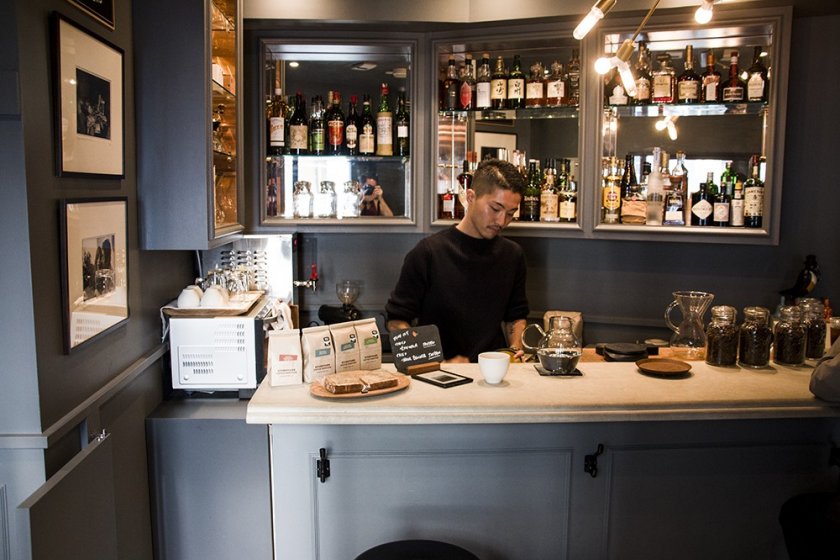 Paddlers Coffee is hiding in the corner of an expensive clothing store for men. The bar only fits three.

Another place that serves coffee during the day and alcohol by night is Paddlers Coffee, located in the back of a fashionable (and expensive) men’s clothing store near Cat Street. It was while I was there that it became obvious to me that the norm in Japan is to settle for one method of brewing coffee and stick with that. The Roastery served French Press, Fuglen went for Aeropress, and Paddlers do strictly Chemex. After the quite decent coffees that I had drunk at the first two places, this was one that surprised me.

Since it was roasted by the world-famous Portland-based Stumptown I was a bit suspicious. I have never been a real fan of American roasts, but this managed to overturn my convictions. The fruity tones, combined with an acidity that was on the spot made me shift in my chair. Even though the barista working there had to look up the cupping notes of the coffee he served, this was the best coffee I had tasted so far. Until I took a train out of Shibuya to visit Bear Pond Espresso.

This place, which opened for business in 2009, is tucked away in the quieter ward of Setagaya, neighbouring Shibuya. I came early, too early as it turned out. Which gave me the opportunity to see the owner arrive, get things ready and finally open his shop, which looks more like a rural American gas station than a coffee bar. I ordered a Yirgacheffe (French Press seemed the way to go at Bear Pond) which exploded in my mouth at the first sip. This was the coffee I had been looking for for the better part of a month in Tokyo.

The owner, who looked a bit grumpy at first, gladly removed his ‘no cameras’ sign when I asked him if it was OK for me to take a couple of pictures. After that he turned out to be a real chatterbox, talking about places I need to visit, and places I absolutely must avoid. The fear that Tokyo only had couple of coffee bars worth a visit was clearly unfounded. But had I found the best coffee in Tokyo? 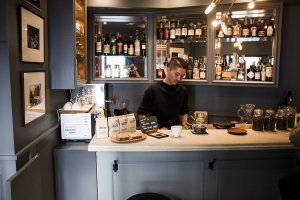 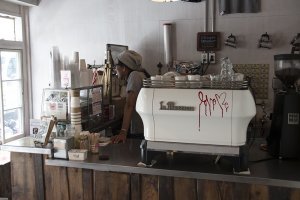 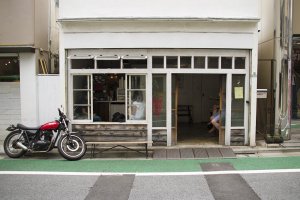 Peter Lin 4 years ago
Bear Pond is definitely an experience! The espresso flavor is outstanding and very strong.
Reply Show all 0 replies
1 comment in total