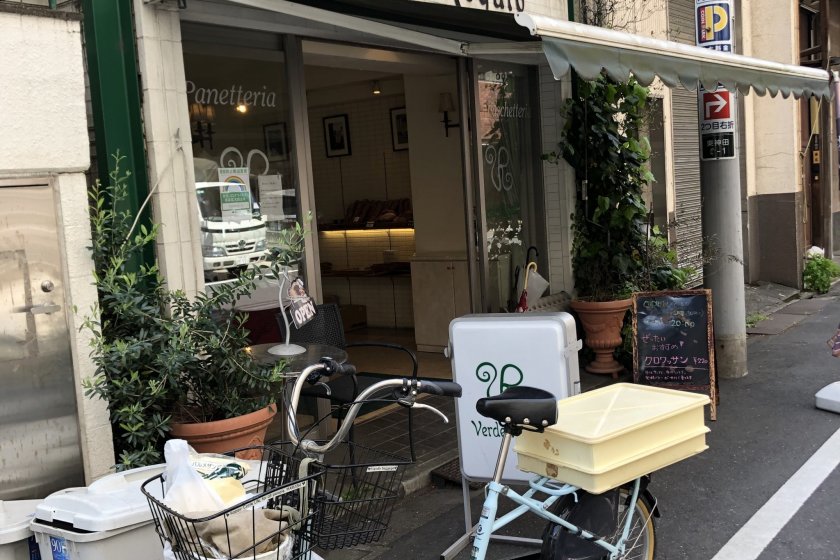 Artisanal bakery in the Akihabara and Asakusabashi area

The Akihabara and Asakusabashi areas are not exactly known for its food. So when a new bakery popped up in the nondescript street under the JR Sobu Line, we ignored it for more than a year. Until one day, when I needed a baguette for dinner, my partner stopped by to pick up one on his way home from work.

Though the baguette was cold (we didn't have time to heat it up for dinner), it was fragrant, crusty on the outside and pale and chewy on the inside. We fought over the last pieces and admit to being wrong about nothing delicious coming from Akihabara or Asakusabashi.

The bakery's name is Verde Regalo and specializes in artisanal breads. There are two branches of Verde Regalo within 10 minutes walking distance of each other. The one under the Sobu Line is newer. The other branch is near Asakusabashi Station and is right by the Kanda River. Both bakeries have slightly different offerings. There is a lovely Italian restaurant with cozy terrace seating beside it by the same name that used to have eat-all-the-bread-you-want deals but unfortunately, is currently closed for renovation. I've instructed by partner to watch out for its reopening.

All the breads I've tried so far have been exceptional, especially the flat crisp caramel disc-shaped pastry, whose name got lost in the deliciousness of the moment. For a light lunch, try one of Verde Regalo's sandwiches. Their homemade bacon is a particular source of pride and is featured in their bacon and sauerkraut sandwich.

Verde Regalo has two branches about 10 minutes walk from each other. One is near Akihabara Station, about a 5 minute walk from the JR Line, or Exit 1 of the Tokyo Hibiya Line. One is nearer Asakusabashi Station served by the JR Line or the Toei Asakusa Line. The latter is right by the Kanda River and has an Italian restaurant next to it. 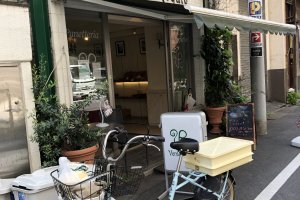 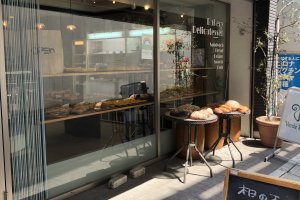 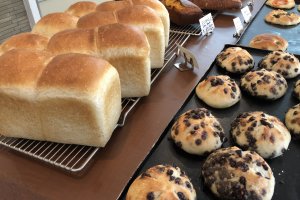