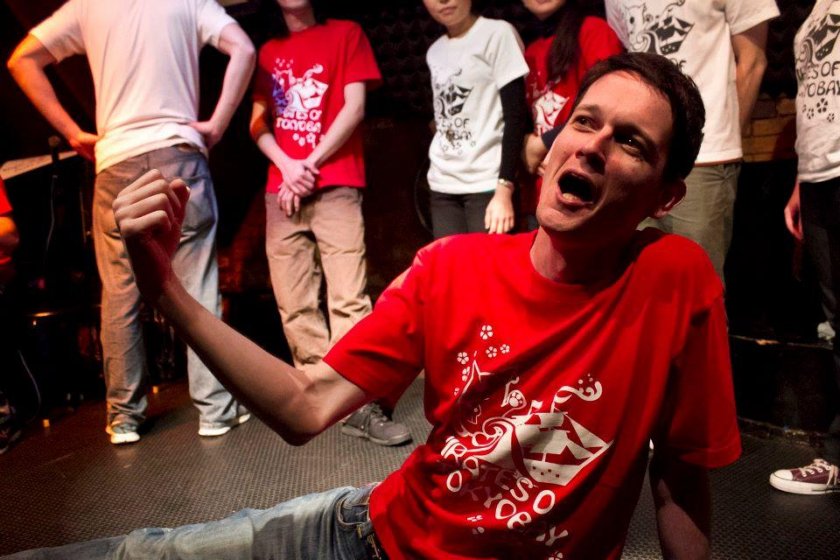 Drinks & Laughs: What the Dickens!

The red team go for the sympathy vote

Looking for good food and drink and live entertainment in Ebisu? What the Dickens! is the place for you. This British pub just three minutes from Ebisu station serves food and drink straight from Blighty, in spirit if not in fact, and has regular music and comedy performances to boot.

It being a pub, we'll deal with the menu first. Drinkers of beer and whisky are well served, if you'll forgive the pun, though I wouldn't; among the beers on tap are Guinness, Kilkenny and London Pride, while the fridge is well stocked with bottles including Sam Adams, Samuel Smith, Stella Artois, Budvar and, the soccer fan's favorite, Newcastle Brown. By way of whisky and bourbon, standards such as Jameson and JD are joined by a range of scotch single malts, among them Talisker, Laphroig and 12 year Macallan.

It`s law that in any review of a British pub the food is referred to as "hearty fayre", and that's exactly what you get here. The tasty chicken and chips or pie and chips will fill up a hungry gaijin, or you can order chicken nuggets or chips on their own to share on the table with your friends. If you don't like chips there's pizza, and if you still have space then dessert options are apple pie or chocolate brownies, both served with ice cream.

The wood panelling and snug booths create a cozy, fun atmosphere; it's lively, but you can still talk to your friends without having to shout. The stage is visible from pretty much everywhere in the pub, and it's here that the live acts perform. There's a wide range of music on offer, a different act every night, and there are also regular jam sessions if you want to take to the stage yourself. If you're happy just to watch you can see anything from Country and Western to torch songs, or nerd rock, or reggae.

One of the best times to come here is for the monthly comedy show by Pirates of Tokyo Bay. The Pirates perform improv comedy, like the TV show Whose Line is it Anyway?, but more fun because it's live right in front of you, unrehearsed and unedited. And unlike many other comedy shows in Tokyo, this one is performed in both English and Japanese, so you can brush up on your language skills while you’re laughing.

Another nod to Japanese culture is that the show is set up as a contest between a red team and a white team, similar to the Kohaku end-of-year song contest on NHK. Every couple of games or so the audience gets to vote for which team they think performed better, and points are awarded very loosely in line with the voting. But it isn't at all strict - the contest element is all just part of the fun - and though I may be made to walk the plank for saying so, much of the show's charm comes from the unintended goofs and slip-ups.

So there you go. Good food, good drinks, good music and good laughs, all in one place. It's enough to make you say, well… "What the Dickens!" 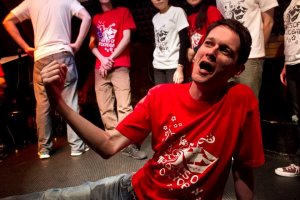 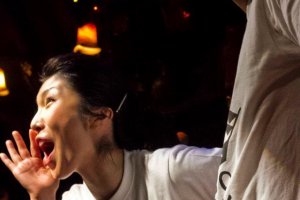 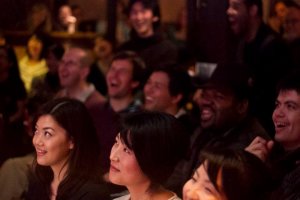 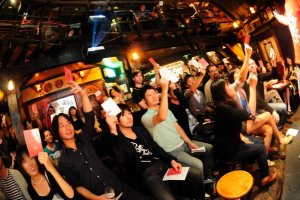 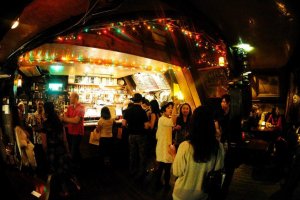