Bon dances from all across Japan at Tokyo Tower

Shortened hours until further notice. Open from 9am to 10:30pm (last entry at 10pm).

Japan's bon holiday is a way for people to pay their respects to their ancestors who have passed, and it typically falls around the mid-August period. For those who weren't able to visit Japan during that timeframe, there's a way to experience the atmosphere and dancing of a bon festival this November.

The Zabon Festival will be held for two days around Tokyo Tower, with a variety of traditional bon dances on display. Attendees will be able to check out some of Japan's most famous dances, including the Nishimonai Bon Odori, the Gujo Odori, and the Awa Odori.

On the day admission to the event is priced at ¥1500, but those who secure a ticket early can snag theirs for ¥1000. This can be done online via the eplus ticketing website.

Tokyo Tower is located approximately five minutes on foot from Akabanebashi Station, which is served by the Toei Oedo Line.

For those who opt to drive, the venue is around 7 minutes from the Shiba-Koen exit of the Shuto Expressway. Parking is available adjacent to the tower and is charged at 600 JPY for the first hour and then 300 JPY for every 30 minutes thereafter. 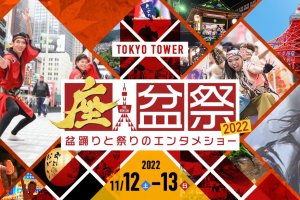 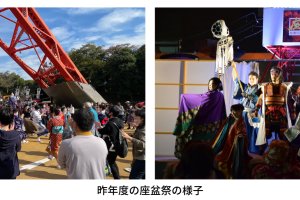 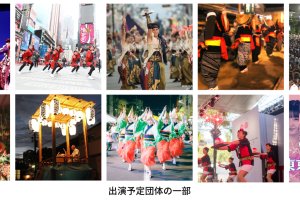