The Biggest Lake in Tottori

Lake Koyama is the largest lake in Tottori prefecture. Just 6 kilometers west of Tottori train station, and close to Tottori Sand Dunes Conan Airport, Lake Koyama makes a perfect getaway from the big cities. To reach the lake, take a bus bound for Yoshioka Onsen from JR Tottori station, and alight at Aoshima-koen bus stop. On weekends, national holidays, and summer holidays, the Kirin Jishi Loop Bus operates as well, offering a convenient bus service from the famous sand dunes. I went there on a Saturday afternoon, and it was close to empty, except for the occasional jogger.

From the bus stop, a good walking trail goes around the circumference of most of the lake, however, there are some points where the trail stops and you have to walk past residential houses. There are small gardens along the trail, with flowers and plants planted by students from schools in the neighborhood. Short write-ups on the flowers and plants makes for an educational visit as well.

Lake Koyama has a circumference of 16 kilometers, and surface area of 6.8 square km. It used to be an inlet of the Sea of Japan, but over time, deposits from the nearby Sendai River separated it from the sea. There are five small islands in the pond, namely Aoshima, Tubushima, Dangojima, Nekoshima and Torigashima, with Aoshima being the biggest, and the only one accessible by foot. A bridge links Aoshima to the land, there is a park, toilet facilities and even a camping ground. A viewing platform at the top requires a light hike up.

A sightseeing boat operates seven to eight times a day, depending on seasons. Tickets are available at the bridge. In spring, more than thirty types of cherry blossoms bloom, and Lake Koyama is known for its beautiful sunset. There is also a golf course, tennis courts, and cycling paths.

There is even a legend to it. Once upon a time, a rich man named Akasaka no Choja lived in Takakusanokoori. It was customary that the entire village would plant his rice paddies, which took a full day. One year, night began to fall and they had not finished planting the paddies. Not to be discouraged, Choja called for a gold fan and said to the sun, “Return for one hour.” Oddly, the sun, which had begun to set, started rising again and the village was able to complete the paddies in one day. However, the next day, the rice paddies had turned into a pond as far as the eye could see. Amongst the villagers spread a rumor that “the rice paddies were turned into a pond as punishment for beckoning the sun.” That pond is Koyamaike. 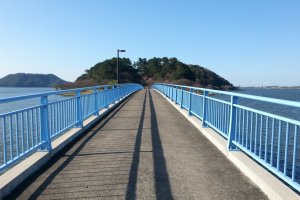 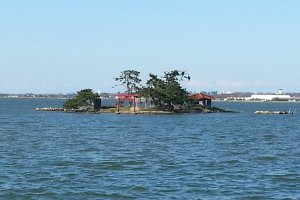 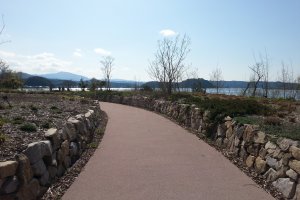 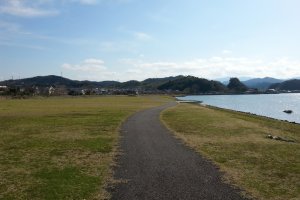 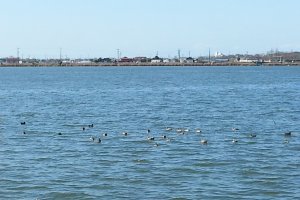 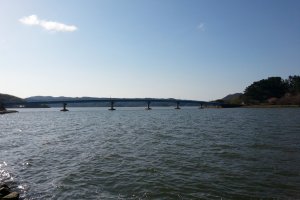 Elena Daurtseva 2 years ago
Well, in the end I translated it to Russian like a pond, or should it be called lake-pond? The Japanese name a little bit confusing, doesn't it?
Reply Show all 1 replies

Amanda Ho Author 2 years ago
It is the biggest pond in Japan, which makes it a lake? But the Japanese name is a pond. A google search shows various names. I'm not sure either!
Reply

Relinda Puspita 4 years ago
It's more like an ocean than a lake.
Reply Show all 1 replies

Amanda Ho Author 4 years ago
Yes it is! 3hours there and I only finished half of it.
Reply
4 comments in total