Detective Conan gets his own airport

Tottori prefecture in the Chūgoku region, is the least populous prefecture in Japan. Known for its sand dunes, the one and only sand dunes in Japan, it is also known as the “Manga Kingdom”, as it is the hometown of many manga artists, like Hokuei Town’s Gosho Aoyama (Detective Conan), Sakaiminato’s Shigeru Mizuki (GeGeGe no Kitaro), and Tottori City’s Jiro Taniguchi (Botchan no Jidai, A Distant Neighborhood).

Tottori prefecture boasts two airports with unique names. In the eastern side there is Tottori Sand Dunes Conan Airport in Tottori City, and similarly on the western side, Yonago Kitaro Airport in Yonago City. From Haneda Airport, it takes about the same time to fly to either location. Tottori Sand Dunes Conan Airport is served only by All Nippon Airways from Haneda Airport, whereas Yonago Kitaro Airport has a few flights from a few cities including Sapporo and Naha, and even an international flight from Seoul.

Tottori Sand Dunes Conan Airport was renovated and renamed in March last year, in honor of the creator of the famous manga and anime, Detective Conan. In the airport, you would find that everywhere and everything is related to Conan. Right from the moment you alight from the aeroplane, posters of Conan and his friends line the aerobridge. At the end of the aerobridge, there is a sign that welcomes you to Tottori. Next up, the baggage claim. On it, lies Conan’s skateboard. Admire it and take photos before the baggage comes out and the baggage belt starts moving.

Upon exiting the baggage area, statues of the main characters, Ran and Conan greet you. On the third floor of the building, there is an observation deck, which was closed on the day I visited. On the second floor, more posters, objects and illustrations of all things Conan await. In the corridor, pots of sand sculptures line up on both sides, showcasing Tottori’s famous sand dunes. There is a play area for children, and even a small library, with books and comics available for all. From there, look down and you would see the first floor covered with a huge picture of Conan riding a camel. As with all tourist attractions in Japan, there is the usual souvenir shop.

There is even a Conan bus to bring you to the train station and a few other tourist sites. However, as arrival and departure timings of the bus coincide with the flight timings, do arrive earlier before your flight to take photos and explore the place. 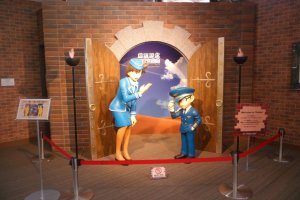 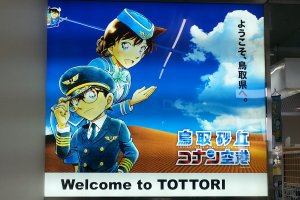 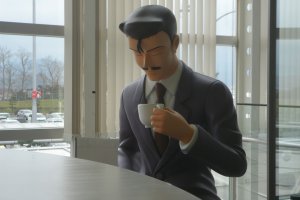 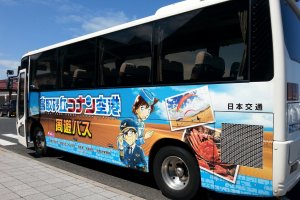 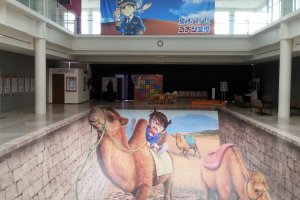 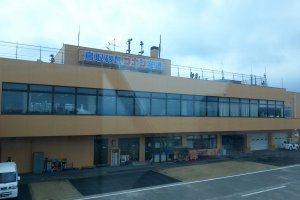 Relinda Puspita 4 years ago
Yeah, you can see Conan around the city.
Reply Show all 0 replies
1 comment in total