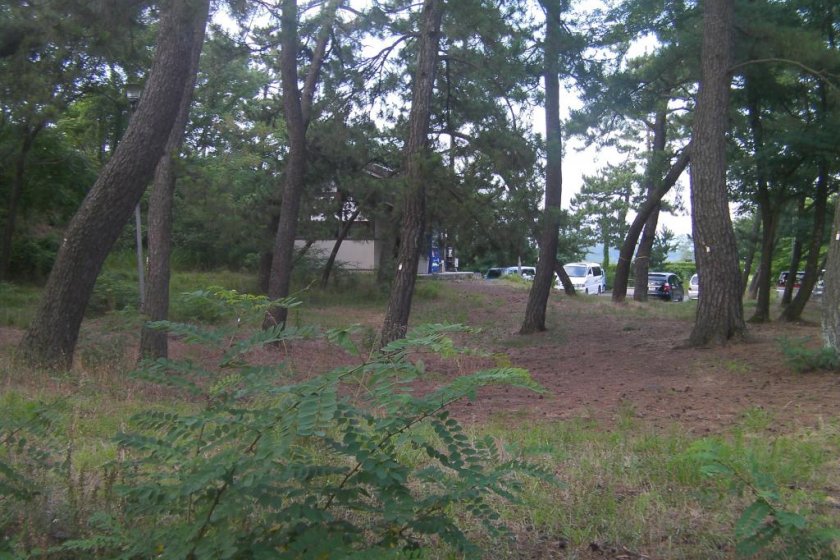 Sleep under the stars in Tottori City

View of the camp

I spent two days with my family in the city of Tottori, beautiful for so many reasons. The Japan Sea is at its doorstep and a mountain forest encircles this magical place.

We did Tottori on a budget, so we decided to look for a campsite. We found a free one called Yanajijaya Campground. Having gone to the beach beforehand, we decided to go the campsite around 5:00 before the sun went down.

Yanagijaya Campground is a few minutes from the seaside and is next to Kodomo no Kuni children’s park. The area is not far from the city center and there are buses that run to the area that would be perfect for backpackers.

We arrived in our van and quickly saw that it truly was free. No money was required. There was a reception booth but it was unmanned. You just have to arrive and pick a spot. We chose one close to the toilet yet far enough way to feel a sense of privacy.There is also free parking so we took our time unloading and setting up camp.

The license plates of the other cars were from various prefectures but surprisingly Tottori was the dominant plate.The camp was clearly popular with the locals.The camp has a men’s and women’s toilet, an area to wash dishes and barbecue pits.That’s it as far as amenities go, but just across the street are the sand dunes.You can easily hop over for a photo session or a quick stroll through the sand.

If you need supplies, stock up before you come, as there are no shops in the vicinity.Just through the tunnel though is the world we are used to. There is a convenience store a supermarket and the gamut of places to spend money through the Sand Dune Tunnel.

Back in the camp there are some characters.There is the tent that seems like it’s been there forever. There are the bikers.One of whom is on a chopper. He sits in front of the tent like it was the Wild West and lights a fire at night like Bear Grylls.There is room for everyone at Yanagijaya Campground. 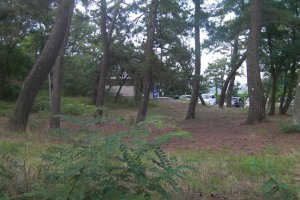 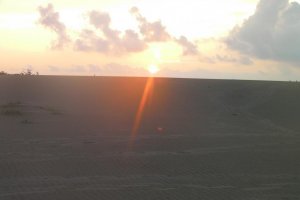 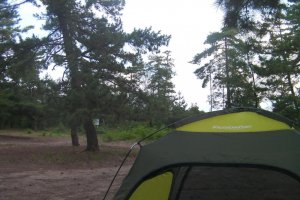 Camper Star 4 months ago
Camped there in 2021. Nice free campground, but in August of 2022 it will be closed. A private company then will operate the campground. It won't be free though. Although the campground is somewhat small, I just don't see it being profitable to operate. Its a family campground, some people stay for a week or more. Parking is limited though. Nice bbq areas ( 2 of them ). toilets are cleaned everyday. Free garbage area near the entry way. The manager keeps the place well organized. All around , good campground.
Reply Show all 0 replies

Kim a year ago
So cool to be able to camp so close to the dunes...and for free, no less!
Reply Show all 0 replies
2 comments in total