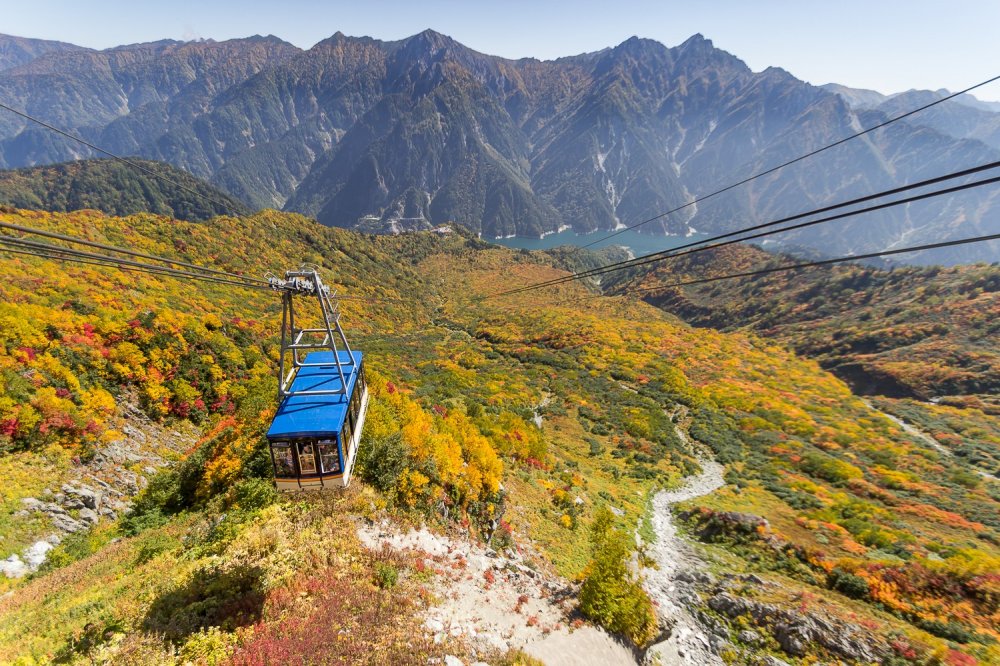 The cable car takes you from Murodo down to Kurobe Dam 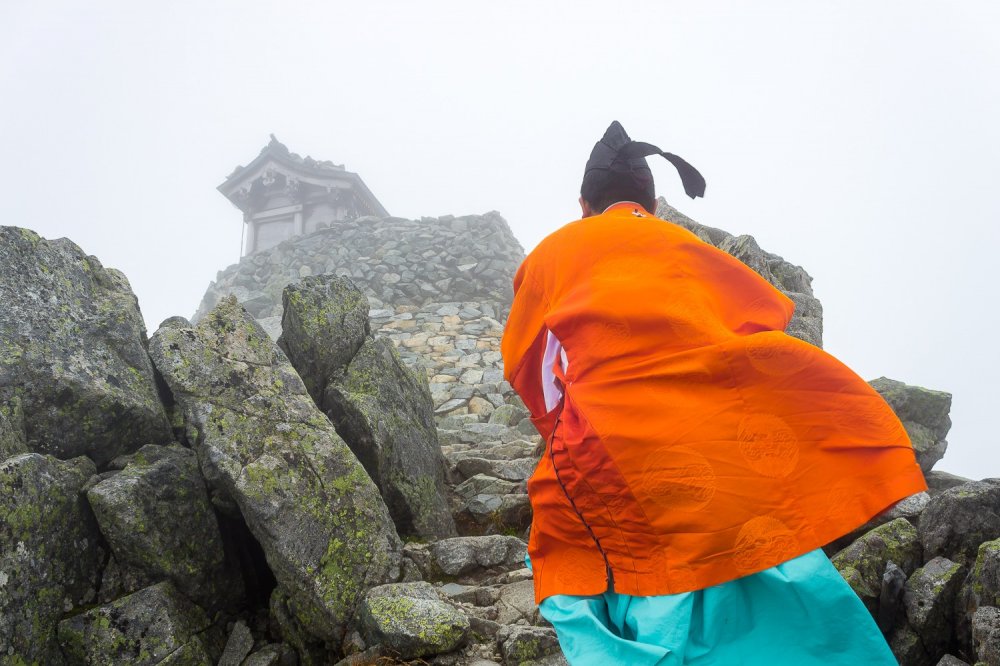 A Shinto priest ascends the final steps to the summit 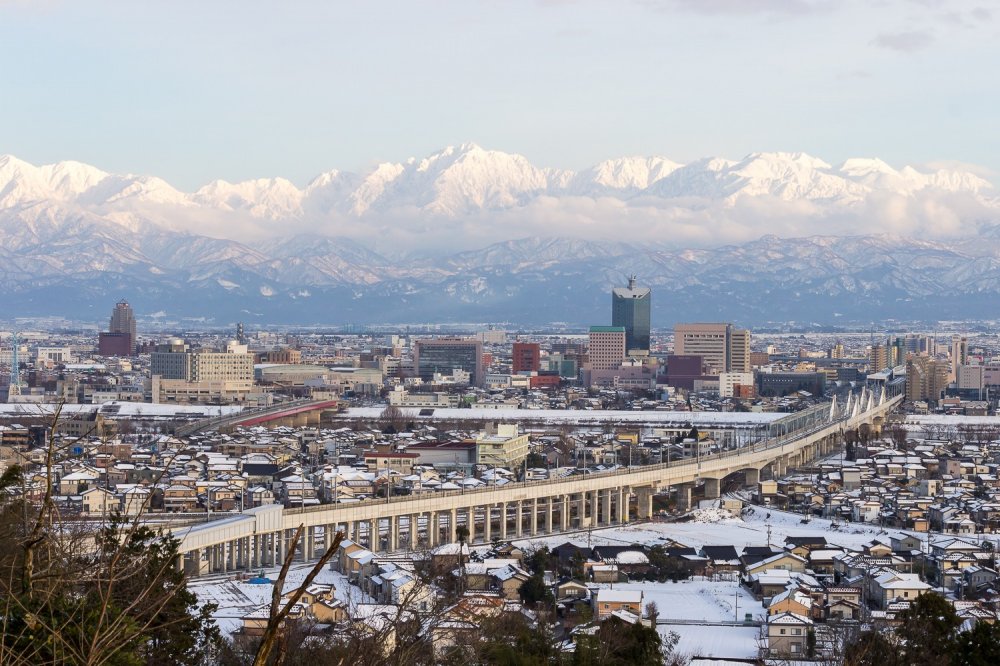 View of Tateyama in winter from nearby Toyama City 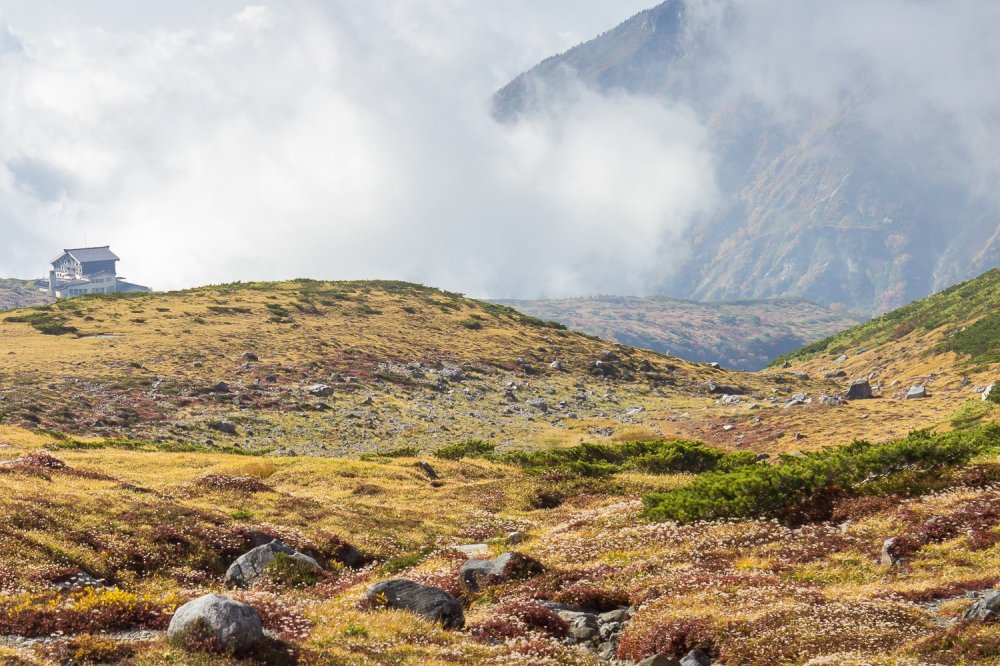 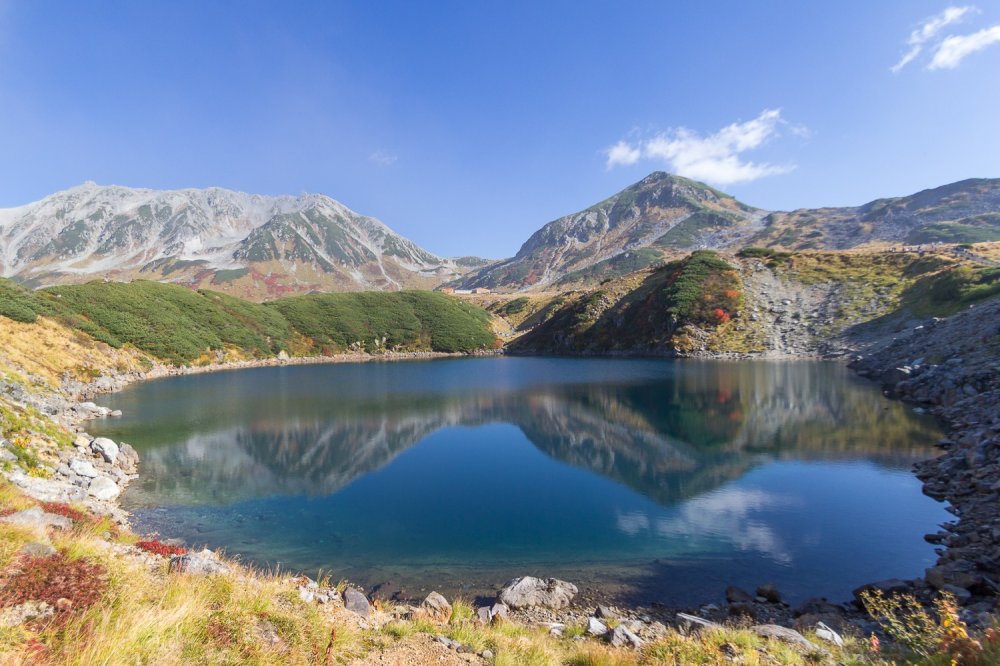 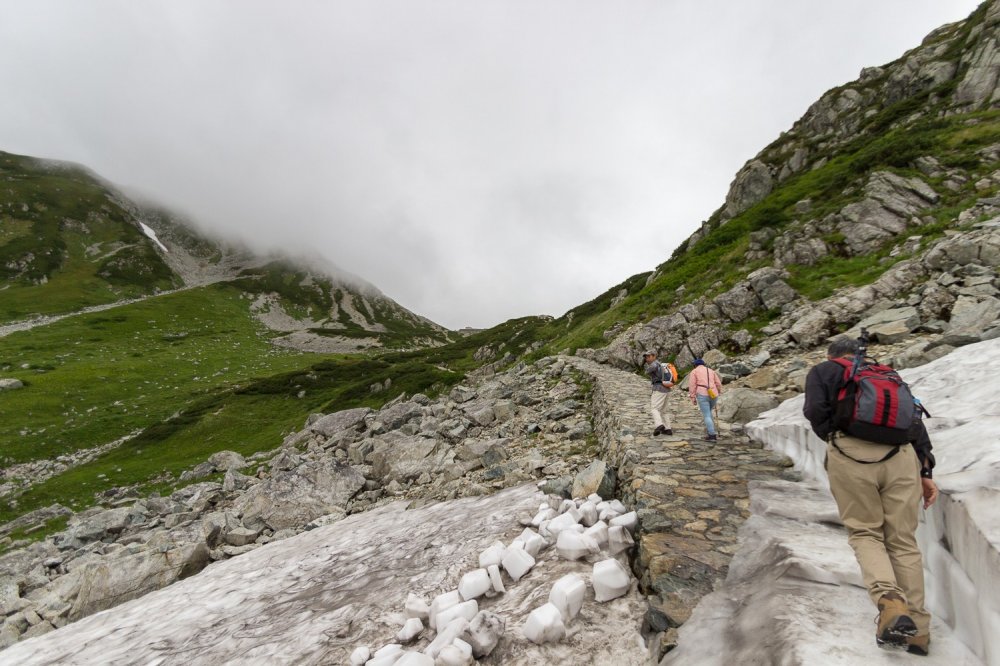 The first stage of the hike, from the Murodo base station, is paved and relatively easy 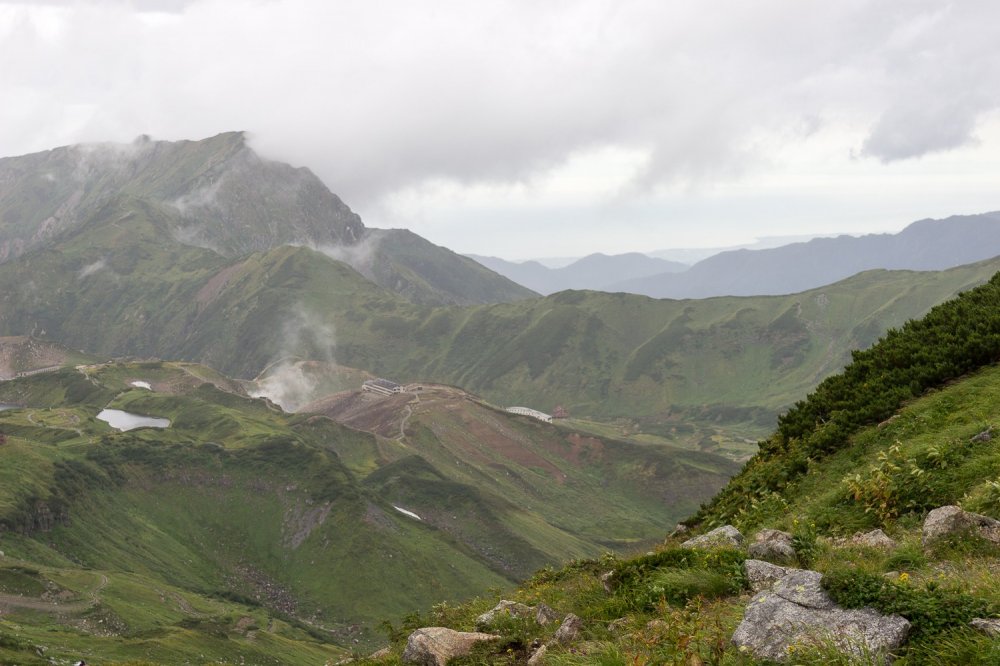 The hike up offers stunning views of the valley and, on clear days, Toyama Bay 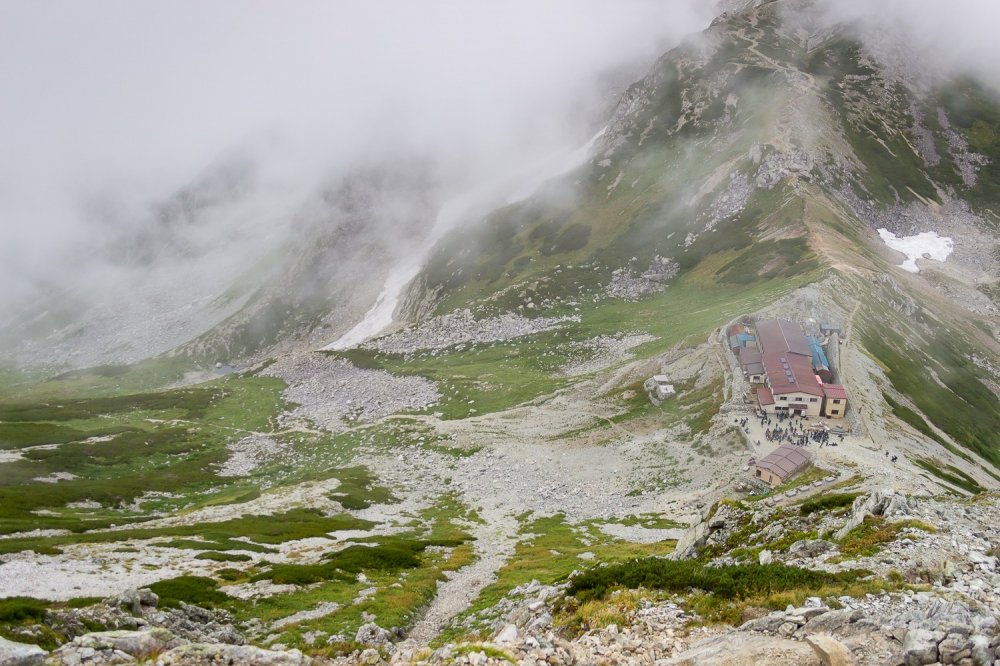 The climbing gets tougher after the second base station 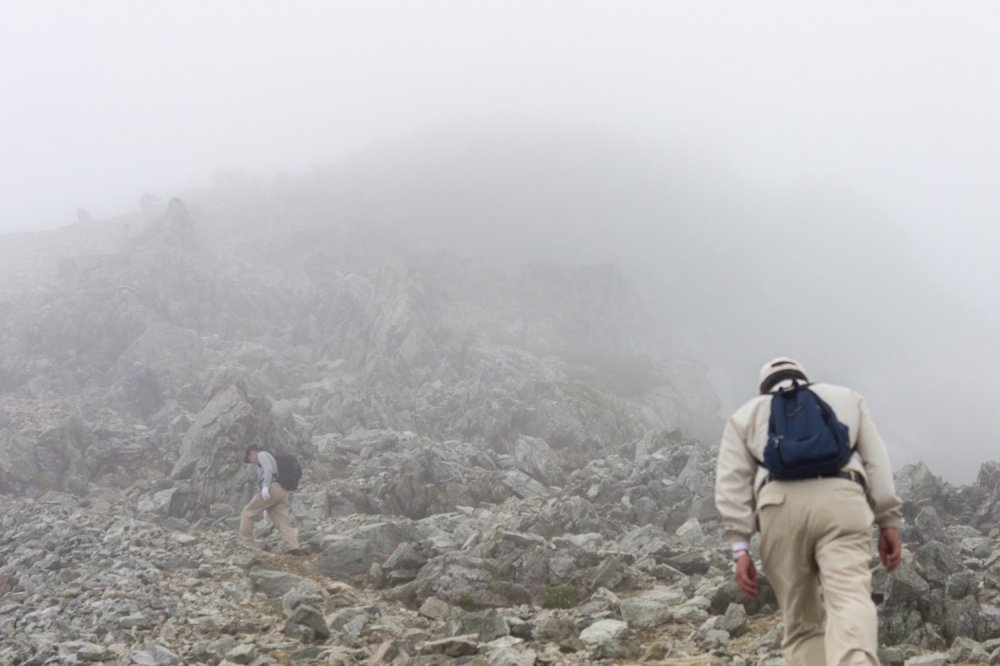 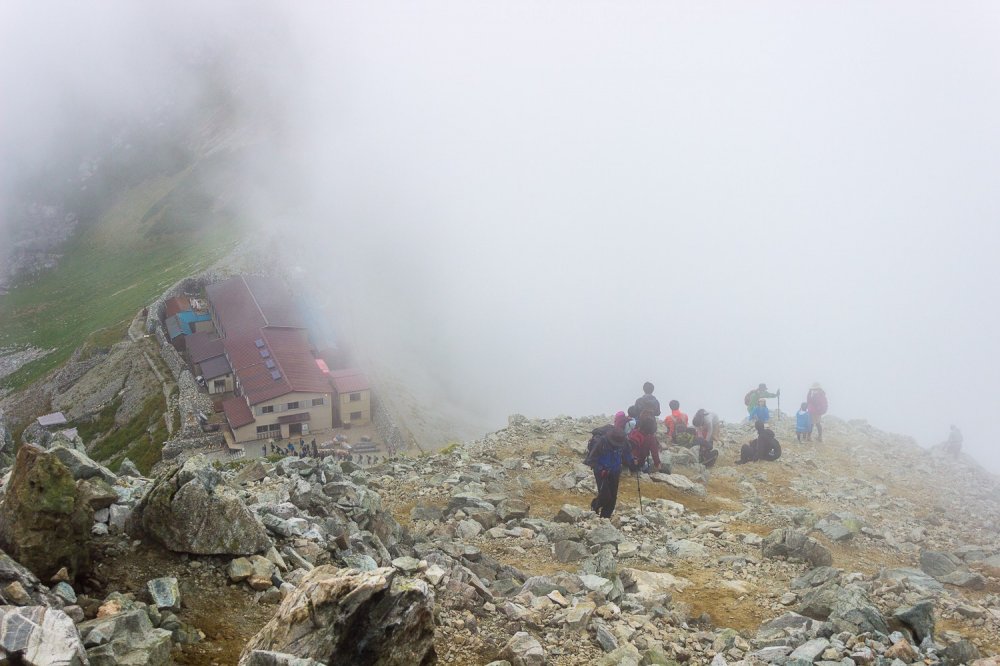 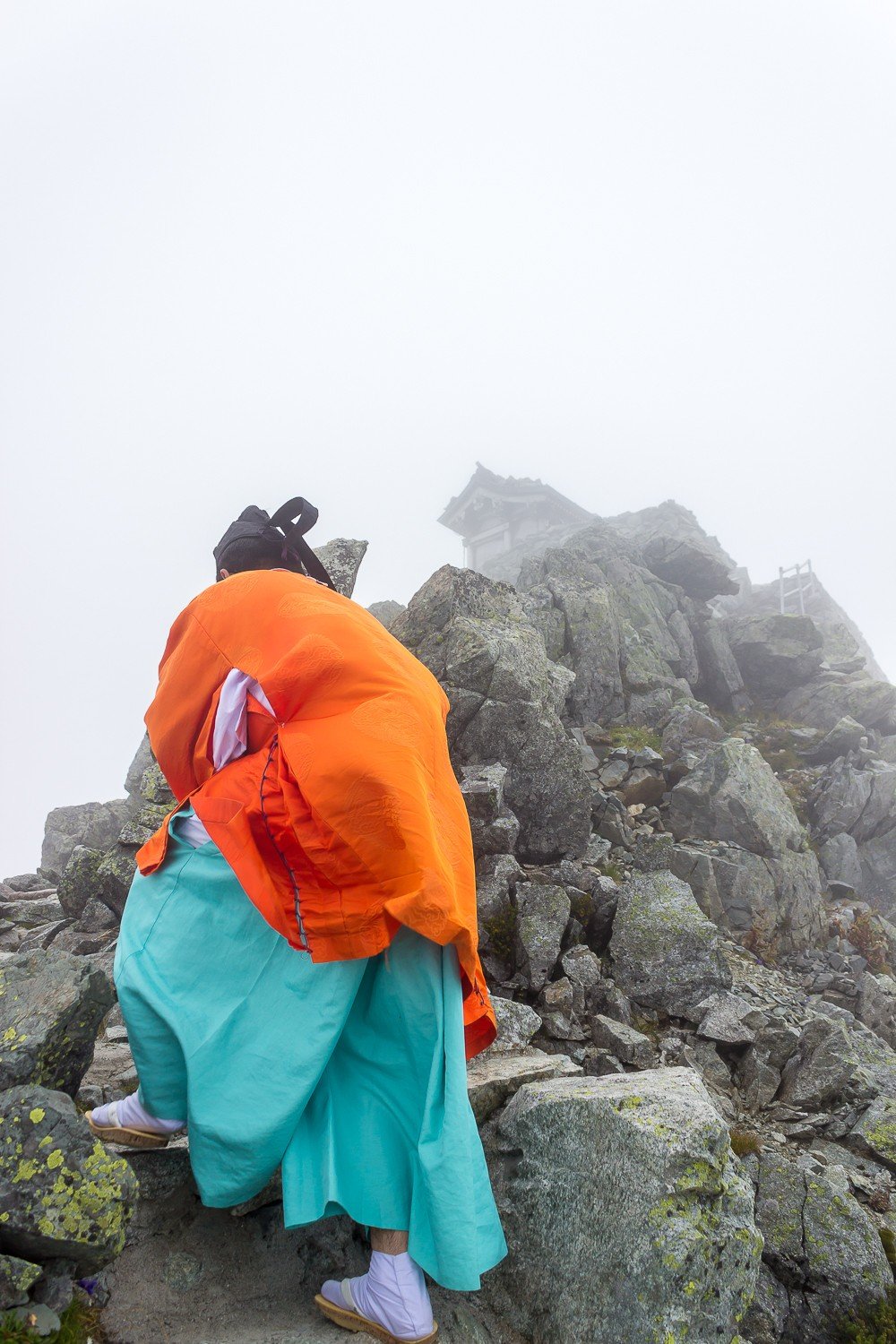 A Shinto Priest guides climbers up the steps to the shrine 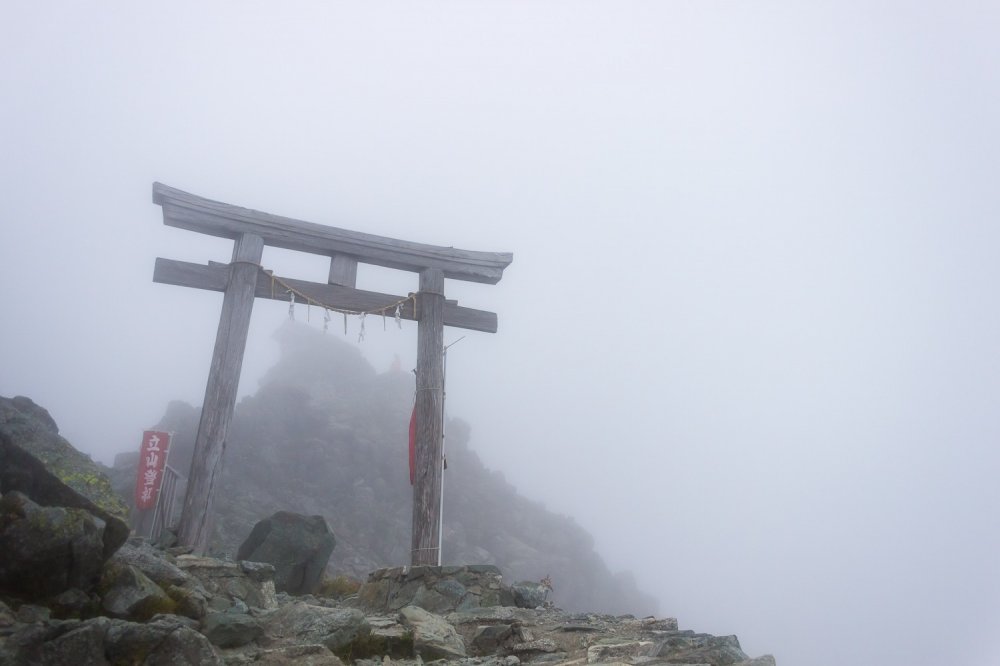 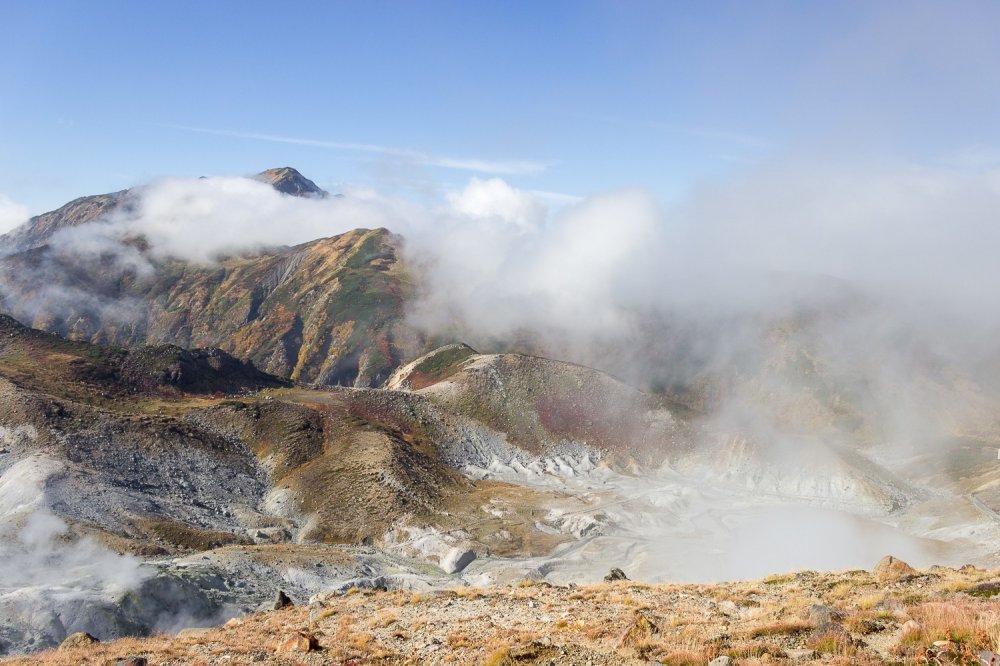 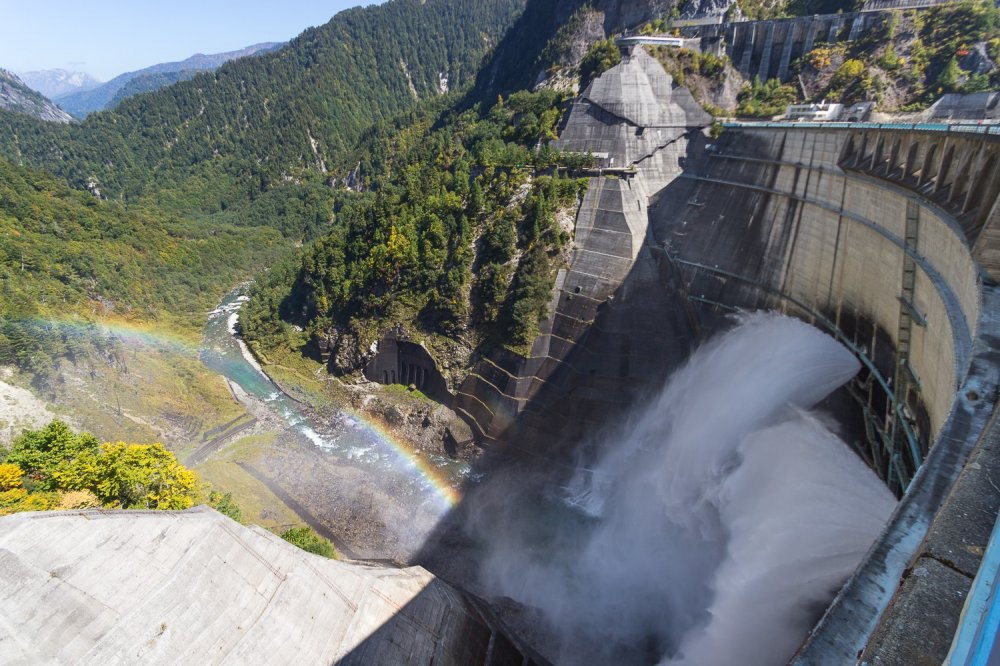 186 meter Kurobe Dam is the tallest in Japan 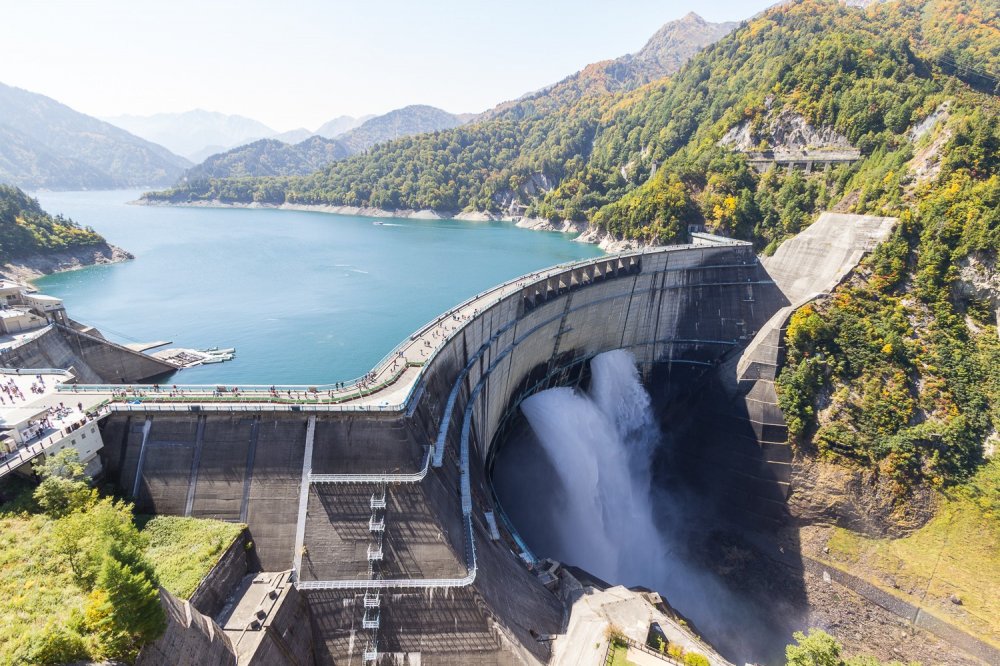 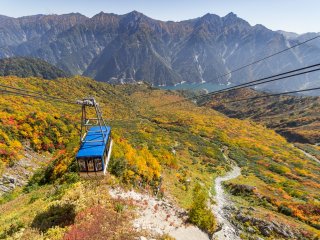 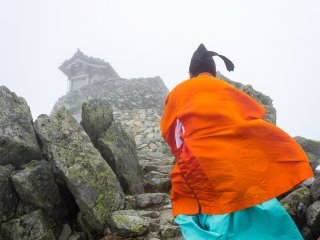 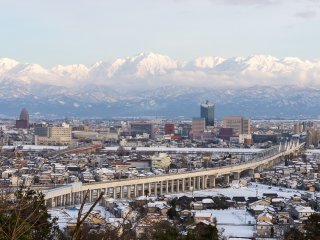 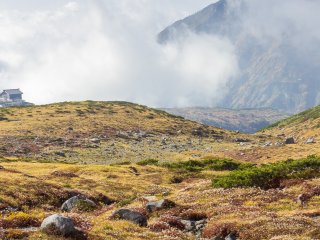 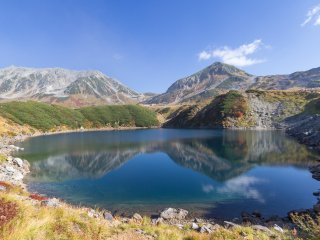 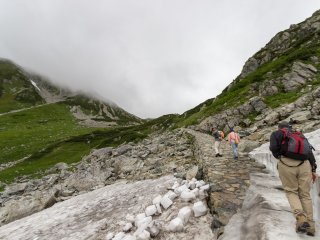 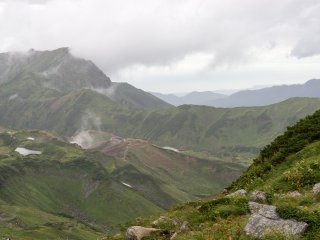 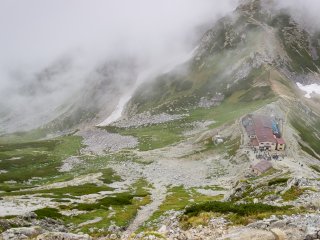 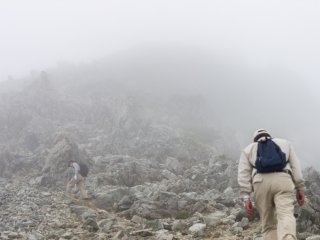 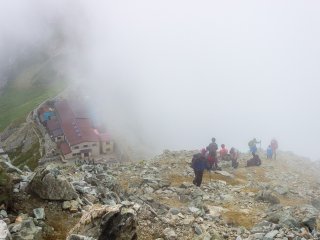 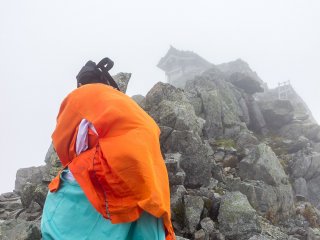 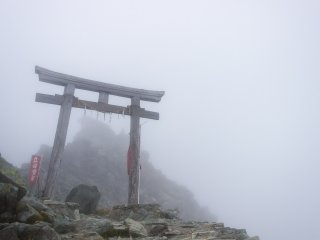 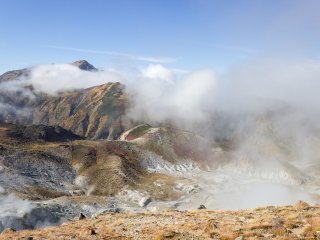 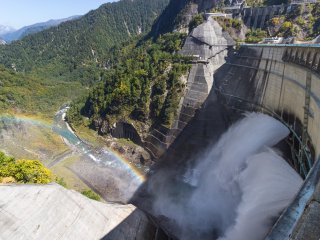 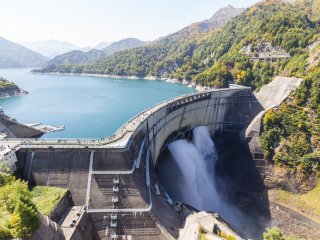 Along with Mt. Fuji and Ishikawa's Haku-san, Mount Tateyama is one of Japan's three holy mountains. One of the highest mountains in the Hida mountain range, Tateyama is open for hiking from April through October, although between April and July heavy snowfall makes it difficult for inexperienced hikers. At the 3015 meter summit is the Oyama Shrine, where climbers can receive a blessing and warm sake from a Shinto priest.

The easiest way to get to Tateyama is to take a cable car from Tateyama Station, followed by a bus ride up the winding road. The tickets aren't cheap (about 15,000 yen round trip), but it's well worth the effort. The bus deposits hikers at about 2500 meters, at the Murodo Base Station, where they can then choose to amble around the valley or continue up on foot for the remaining 500 meters. The first part of the hike is relatively easy, with paved roads leading to the next station, but from there the climbing gets more difficult. While not exactly dangerous, the climb from the second station is littered with loose rocks and scree, and climbers will have to pull themselves over boulders and ledges, which can be physically exhausting and slow going. The difficulty of the climb doesn't seem to deter too many people though, as there are plenty of senior citizens and school children making the ascent.

Just before the summit is the final base station, where climbers can take a rest before paying 500 yen for the priests to lead them to the top for their ceremony. The summit is very small, especially when groups go up together, but the view is fantastic. The weather on Tateyama can change in an instant, so it's a good idea to bring a rain jacket or something warm, even in August. Food and drinks are available at the base stations, but hikers should make sure to bring snacks and water with them during the climb.

Going back down the mountain, hikers can choose to retrace their steps to Tateyama Station, or go down the other side via cable car to Kurobe Dam, the tallest dam in Japan. From July to October the spillway is opened, releasing massive amounts of water collected from the mountain's snow melt. The trip to Tateyama is definitely a long day trip, so be prepared to go early and pay attention to time, so as not to miss the last bus and cable car back down the mountain.

After teaching English in Toyama from 2004 - 2005 & visiting off & on again for the next 8 years, I decided to move here permanently in 2014. I love exploring the cities, festivals, countryside, & culture of this beautiful country.

Jonathan Jahnke Photographer 5 years ago
Thanks a lot, Jerome! It's worth a trip!
Reply

Daniel Vesey 5 years ago
Stunning photos Jonathan! Love the ones with the Shinto Priest!
Reply Show all 1 replies

Jonathan Jahnke Photographer 5 years ago
Thanks a lot, Daniel! I appreciate it!
Reply
4 comments in total

Jonathan Jahnke Photographer 5 years ago
Thanks a lot, Jerome! It's worth a trip!
Reply

Daniel Vesey 5 years ago
Stunning photos Jonathan! Love the ones with the Shinto Priest!
Reply Show all 1 replies

Jonathan Jahnke Photographer 5 years ago
Thanks a lot, Daniel! I appreciate it!
Reply
4 comments in total