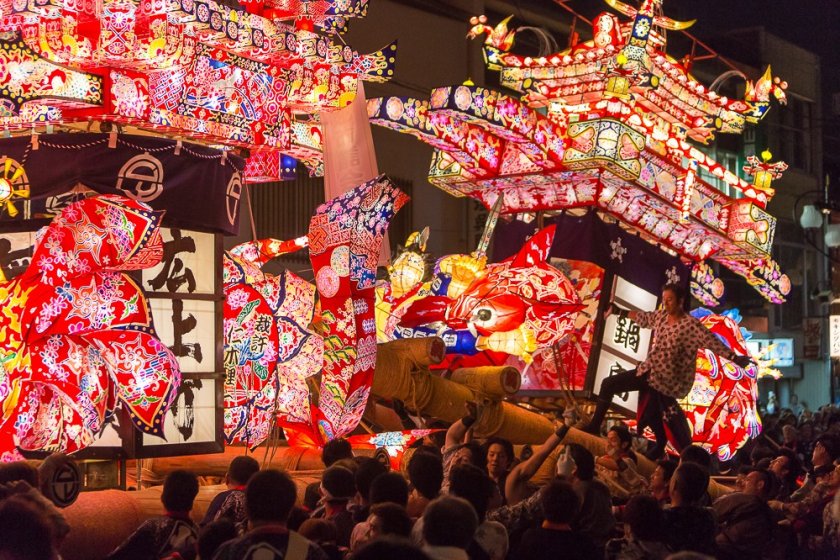 Massive floats slamming into each other!

Mid Jun
The massive floats crash into each other and then try to win by pushing their opponent back
Venue: Tonami Station Square When: Mid Jun 2023

The Yakou Festival is a sweaty, drunken, dangerous night of massive lantern-covered floats intentionally crashing into one another in a contest of maneuvering and brute strength. When the sun goes down, the floats are lit up and paraded through the crowded streets of Tonami City. Festival goers enjoy food from a myriad of booths and drummers and flutists perform traditional songs. Finally, after the crews responsible for steering the floats are sufficiently drunk, the action begins.

Two at a time the floats are pushed towards one another as fast as the crews can run. On the front are giant wooden poles, similar to battering rams, used to inflict as much damage as possible to the opposing team. The floats come crashing together with a loud bang, sending chunks of debris, and crew members, flying. After the initial crash the crews jockey for position by trying to shove the enemy's float back as far as possible. Once one of the teams has been pushed sufficiently far, a winner is declared and the floats are dragged back to their starting positions to square off once more. They collide three times, and the crew with the most wins is declared the victor.

At the end of the night, after all the floats have faced each other, a grand champion is declared and the crews disperse to finish their night of partying. The Yakou Festival is a wild night of sights, sounds, and smells with more than a hint of danger in the air. The shouting of the crews, with rallying cries and instructions and chants, the aromas of the food vendors, and the lights of the floats all come together on the humid, steamy night to create an atmosphere that it truly, uniquely Japanese. 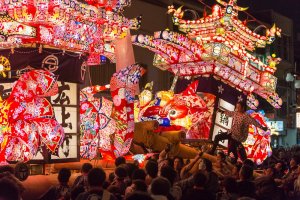 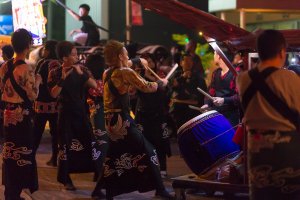 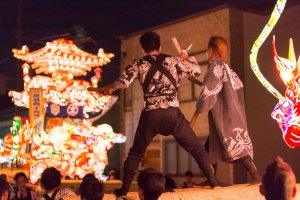 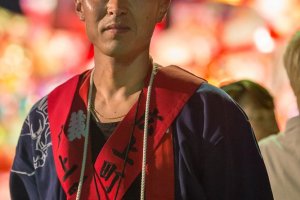 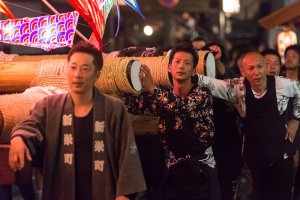 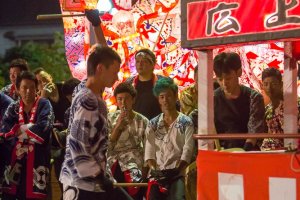 Elena Lisina 6 years ago
Great photos, Jonathan! But, from your story I feel like watching photos is safer! ; ) : )
Reply Show all 0 replies

Mandy Bartok 7 years ago
Jonathan, your portrait shots are so well done! Very impressive. And the festival itself looks like quite the event. It's almost a shame to see the beautiful floats take such a beating.
Reply Show all 3 replies

Jonathan Jahnke Author 7 years ago
Thanks a lot, Mandy! It was a pretty amazing festival! The floats didn't get beat up too badly, all things considered ;-) Just a few broken pieces of wood here & there, but I think they patch them up every year.
Reply

Mandy Bartok 7 years ago
I forgot to ask in my previous comment - what date does this occur?
Reply

Jonathan Jahnke Author 7 years ago
It was this past weekend (June 13 & 14.) I'm not sure if it's on the same day every year though.
Reply
5 comments in total