Situated in a hilly place and surrounded by the sea is Awashima-jinja Shrine in Kada, Wakayama Prefecture. As you enter the precincts, huge tori gates welcome and lead you to a path going to the shrine. Awashima is a small shrine, but a very special one. This shrine is home for countless traditional Japanese Hina dolls and figures that surround the grounds, making it known as a shrine for “memorial dolls”. These dolls are scattered around the area which makes it a no-go place for people with pediophobia.

For some reason, instead of throwing these dolls in the garbage, they offer them to Awashima where they are blessed, burnt, or thrown into the sea for the reason that they have simply outgrown the idea of possessing dolls. For the believers, they do a ritual of bathing the dolls which symbolizes a cleansing of their souls and spirits. It is a ritual that signifies the flow of life. These dolls are believed to stand as substitutes for humans, praying for them for forgiveness and absolution. This shrine is most especially famous for women where they offer an anzan for safe birth, fujino for healing of a female disorder, or kosazuke to ask for a gift of a child. The shrine has also garnered a faith that it brings forth happiness and good health.

Awashima Shrine is also known as the birthplace of Japanese Dolls Festival (Hinamatsuri). Hinamatsuri, also known as Doll’s Day or Girl’s Day is celebrated each year on the 3rd of March. As a part of the festival’s ceremony, dolls are set afloat on boats until they are sent down from river to sea, taking negativities and bad spirits away with them.

Another interesting thing about the shrine is that there is said to be a doll with a hair that grows. This doll is well-kept and is unavailable for public viewing.

Although these dolls do not seem to be the cutesy type, there is a sense of calm coming from their staring eyes, creating an overwhelming presence of eeriness and peace. But with all the seemingly mysterious atmosphere it gives off, for me, Awashima outshines any other shrine in Japan through its strange qualities. 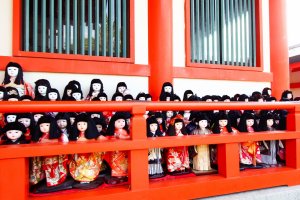 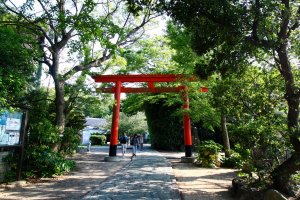 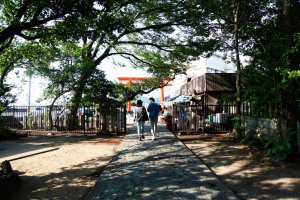 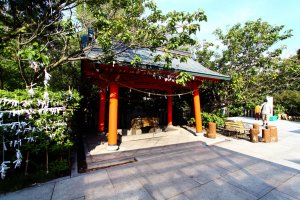 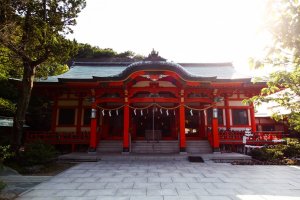 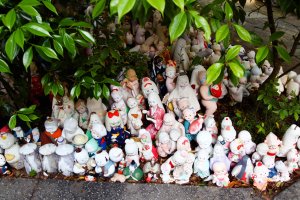 Elena Lisina 5 years ago
Intersting, but... a bit scary isn't it?
Reply Show all 0 replies
1 comment in total