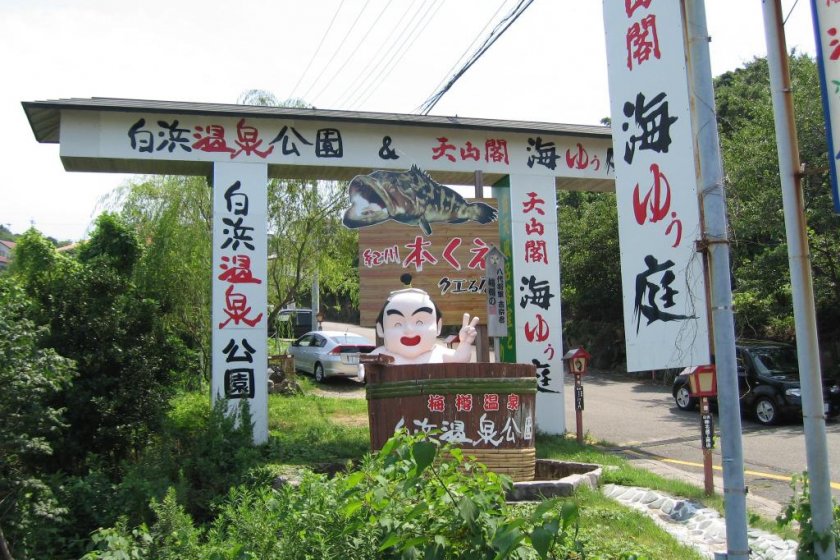 One of the largest and oldest hotsprings in Japan

Shirahama Onsen, the hot spring that supplies the beach town of Shirahama, is often credited as being one of the three largest and oldest in Japan, stretching back 1300 years. According to ancient Japanese texts, several notable emperors enjoyed visiting the town with their court members for the hot springs. As a result, there is quite a selection of onsen for a town of Shirahama's size.

Shirahama Onsen Park (technically titled Shirahama Onsen Park Sougen no Yu, though Sougen no Yu is only one of the attractions) is really not the most eye-catching spa in the tourist guides. After sampling a selection of what Shirahama had to offer, though, I realized that this spa - similar to a "super sento," but powered with genuine, theraputic hot spring waters - was a diamond in the rough.

We visited on a hot August day, but the springs, both indoor and out, could not have been more refreshing. The ability to rent a private mixed bath for cheap was a welcome option for the honeymooning couple I was travelling with, and when we were led to a private cabin nestled among the trees and shown the spacious stone tub, we knew we had picked the right hot spring to spend our last few hours in Shirahama.

The Onsen Park's biggest draw is its size. The grounds are expansive and teeming with trees, rocks and flowers, and the Pacific ocean is visible closeby from the walkways as well as several of the outdoor baths. There are nine primary baths (these are the ones you'll see numbered on the maps), but the number of total bathtubs at the park is closer to thirty. Three are available for mixed-gender use (rental only) - as with most onsen, the remainder are gender-segregated. After checking out the website, I was more than a little envious of the mens' baths and their spectacular views! However, the womens' baths were also very nice, especially the large open-air one - Sougen no Yu itself.

The waters are supposed to be particularly good for "locomotor and female disorders;" filled with sodium chloride, just like the seawater that surrounds the area. Aside from the baths, of course, the Onsen Park also offers set meals of fresh local seafood and an on-site hotel to provide accomodation for those planning to stay in the area. These facilities are breathtakingly beautiful and even offer private open-air baths in every room. Both Japanese and western-style rooms are available. The only reason I couldn't give Shirahama Onsen Park five stars (it is still among my favourite hot springs in Japan, and by far my favourite of the Shirahama onsen) is because to the first-time visitor, the look of the place is a little shabby.

The nature that looks so beautiful from the baths appears overgrown and untended down by the entrances, and the buildings show a lot of age. The interiors, however, are well-kept and clean, and the baths are spectacular. As of this writing (January 2012), several of the facilities were undergoing renovations, so Sougen no Yu may be preparing to present a new face. When it does, I'll be first in line to revisit, before everyone else realizes what they're missing out on! 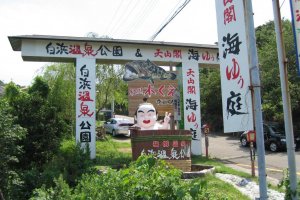 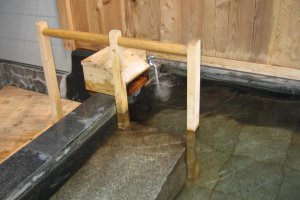 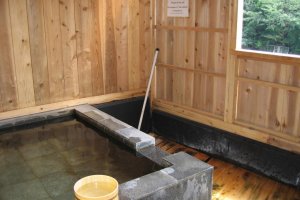 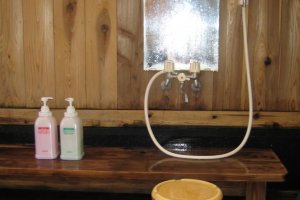 Amanda Ho 5 years ago
Looks like a huge place, unlike the usual onsens.
Reply Show all 0 replies

JapanTravel Guest 9 years ago
Like so many places in Japan, the focus is on one thing rather than the whole package -- such as Ashley's comment about the baths being extraordinarily great, while the surroundings were worn and dated. How often do you see the same phenomenon at work in Japanese urban areas? Eyesore buildings containing beautiful gems of bonsais, artwork, or raked pebbles. The way to deal with this is to be like a Japanese, and focus on the beautiful object, forgetting the disharmony surrounding you. THEN you can really relax and enjoy the experience.

I've never been to Wakayama, but seeing places like Shirahama Onsen being written up really gives me incentive to take a slow tour around the Kii Peninsular. Thanks Ashley.
Reply Show all 0 replies
2 comments in total