Brown Beauty of Wood and Worship

Zenpoji Temple in Tsuruoka is mostly just brown wood, well worn, unvarnished, sombre. This plainness is quite beautiful, set against a mountain backdrop. The plainness of the wood brings out and highlights the intricate carvings that lace the temple's beams and lintels. Birds, animals, dragons, flowers, clouds, fish, cavort together in miniscule and delicate detail. Three dimensional. No 3D printing, just a chisel. Zenpoji is a brown beauty of wood and worship.

Zenpoji was first known as Ryûgeji, or Temple of the Lotus and Dragon, named by the holy monk who founded it in 938. The story goes two serpents dropped by to hear the monk lecture, and so enthralled were they, they never left. Ryûgeji became Zenpoji in the 15th century, when another holy monk redirected the slant of worship to a more austere Zen Buddhism, with the serpents still in situ, now deified.

One building at Zenpoji, the Ryoden, brushed with a deep magenta varnish, is dedicated to these two serpent deities. Dated to 1842, its copper thatched roof is designed like two waves of the sea to represent the two deities. Ryoden's wood beauty is typical of Zenpoji, where time has not eroded the sharply defined carvings.

The five storey pagoda is a tower of strength looming above the other buildings, and built to embody worship of all the fishes of the sea. It is topped by multiple beams in tiers, balancing and criss crossing each other, with their ends jutting out in perfect symmetry. It is a marvel of precise carving how each fits into the other.

The raw wood Sanmon Gate is two tiered and with the same design as the pagoda, bearing the same complex wood carvings. Their roofs are made of wood strips arranged like piano keys. The Gate has the usual two fearsome Niemon, handcarved in 1862.

It would have been wonderful to see more such skilled woodcraft at the Statuary Hall where 500 rakan, worthy disciples of Buddha, are housed, seeing their different faces, dated to 855. But it was closed.

There are strange, white, faceless ovoid stone statues on the grounds. A huge one also has a boulder behind it, while surrounded by tiny statues or jizo. One stands guard at the gate. I could not find out what they were, all wrapped tightly around with red cloth, some patterned.

These statues indicate how different forms of worship can be found at Zenpoji Temple. It is one of three centres of Soto Zen Buddhism with ongoing lessons, study, monk training, and daily prayers. It is also a long established dragon-worshipping temple in the north of Japan, seeing loads of worshippers in the seafaring trade pray at Zenpoji for safety and success in business.

I learnt that wood carvings in Japanese temples like Zenpoji can appear quite lively being carved to express movement and expression from the angle of viewers looking upwards, as well as to project the object outwards. But perhaps the beauty of Zenpoji, wood and all, is there is no alpha religion. It goes on, no matter the form of worship. The temple has been lauded for this, an example of how differences can coexist harmoniously.

Bus Stop #2 from Tsuruoka Station. The bus schedule is at the bus stop. Zenpoji is a stop by itself. 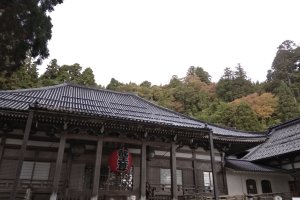 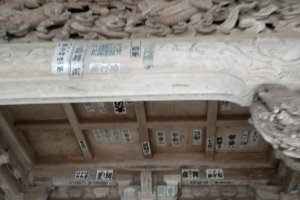 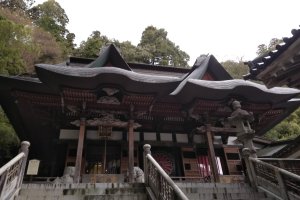 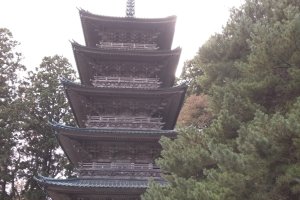 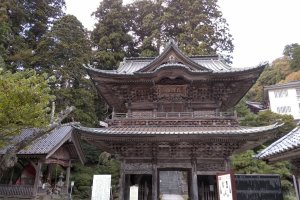 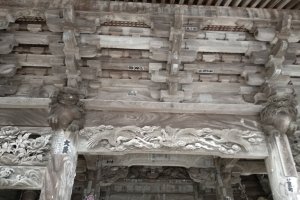