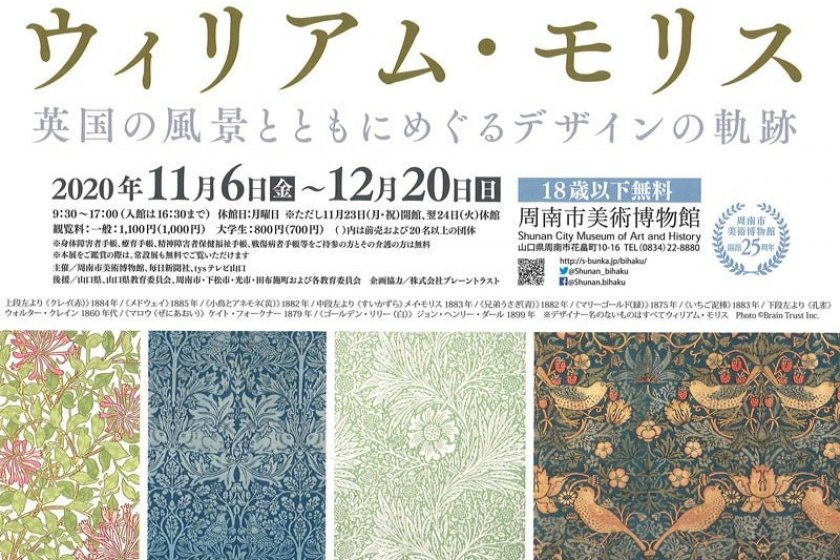 Design around the English landscape

William Morris (1834 - 1896) was a British textile designer who was associated with the British Arts and Crafts movement. He's often seen as one of the figureheads who revived textile arts and how they were produced, and his works are still loved to this day.

An exhibition at the Shunan City Museum of Art and History in Yamaguchi looks into examples of his work, along with photographs and video of English landscapes which were often a source of his artistic inspiration.

The Shunan City Museum of Art and History is located approximately 20 minutes on foot from the JR Tokuyama Station, served by the Sanyo Shinkansen, the Sanyo Main Line, and the Gantoku Line. Taxis are also readily available from the station.

For those who plan to drive to the venue, take the Tokuyama Higashi IC from the Sanyo Expressway, and the museum is around a ten minute drive from the exit. Parking is available on-site for around 150 vehicles. 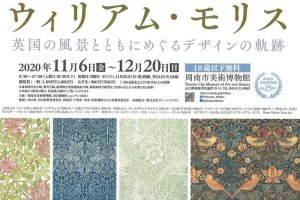 Elena Lisina a month ago
Nice patterns! But English landscapes are not too exciting. :)
Reply Show all 1 replies

Kim Author a month ago
I actually love English landscapes! To me the charming rolling hills are beautiful! I like a lot of William Morris's textiles because they have floral and leaf patterns, they are the kinds of fabrics I gravitate towards :)
Reply
2 comments in total