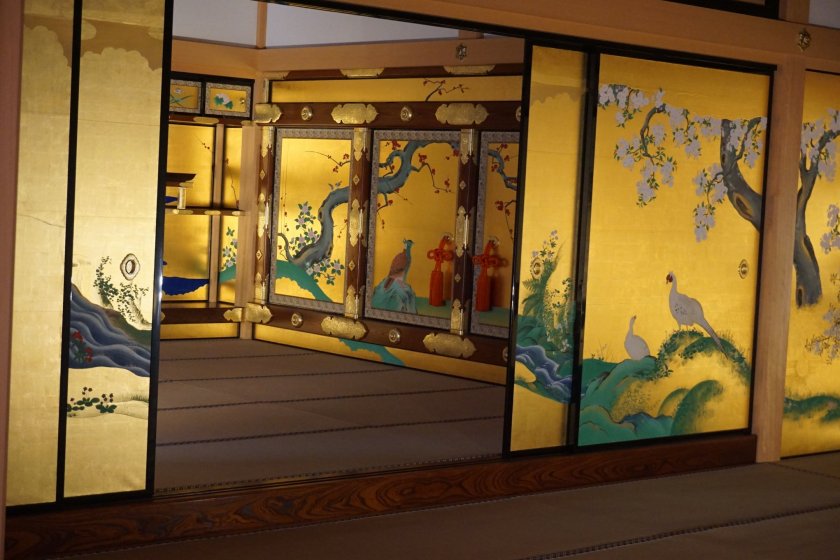 Hommaru Palace Comes Back to Life

Nagoya Castle’s main concrete keep is to be reconstructed until sometime in 2022 and cannot be entered anymore. Demolition of the keep is expected from autumn 2019.

Finally in its original full splendor, a new prime attraction of Nagoya and Japan’s heritage is back after having been under restoration. The Hommaru Palace re-opened on the 8th of June 2018, and if you have not yet visited now that six months have passed, it is time for you to go and wonder this masterpiece from the Tokugawa shogunate period, which served as the public hall for the Tokugawa family since 1615, when it was built by order of the first shogun Tokugawa Ieyasu.

During the 250 years of peace under Tokugawa rule, the Hommaru Palace was only used a few times by the Shogun. In 1623 and 1626, with the coming and going of the second Shogun, Hidetada, in 1634 with the visit by the Third Shogun, Iemitsu, and much later by the 14th Shogun, Iemochi.

At the end of the Shogunate, the palace was spared and came under the control of the Imperial Household Agency, and as such was used by the Meiji, Taisho, and Showa Emperors as a Detached Imperial Palace, before being entrusted to the care of Nagoya City.

The palace was destroyed by fire during WWII; the restoration work tried to imitate the original construction methods and materials and this is the final of three stages that have finally come to an end giving back to Japan this former national treasure.

Nagoya Hommaru Palace is one of the finest examples of Shoin-zukuri style, the details of this style can be seen already in the first area, the Genkan, that astonished visitors with its golden panels depicting animals such as tigers and cranes, and in every corner it is possible to admire the details such as the Tokugawa family crest.

Please note: Flash Photography is not permitted, shoes need to be taken off at the entrance, plastic bags and free lockers are avaiable, bags need to be stored or kept in front while visiting the Hommaru Palace.

To accurately re-create the Edo Period atmosphere, lighting is dim, and air-conditioning, heating and toilet facilities are not installed.

By taxi from Nagoya Station is about 15 minutes. 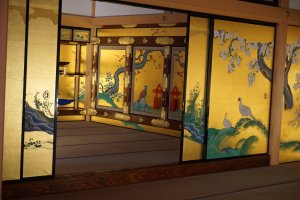 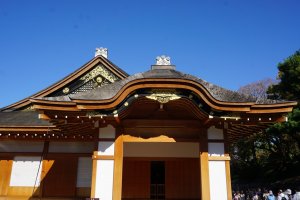 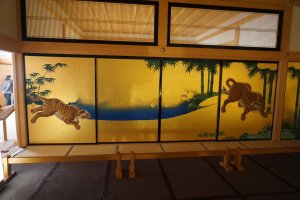 Kim 3 years ago
The gold leaf panels are gorgeous! Looks like it's been very lovingly restored.
Reply Show all 0 replies
1 comment in total