The cornerstone of modern Japan

From June 25th until September 20th, Aichi's Yokoyama Museum of Art is hosting an exhibition centered on Meiji and Taisho era pottery. Along with the pottery pieces on display, the event will include a special lecture on August 29th from Masaaki Arakawa, a professor at Gakushuin University who specializes in the history of Japanese ceramics, and commentaries from the museum's curator on August 7th, August 21st, September 4th, and September 18th.

Admission to the exhibition is priced at 1000 yen.

For those who opt to drive to the museum, do note that there is no dedicated parking lot on site. However, there are numerous paid parking lots in the surrounding streets. 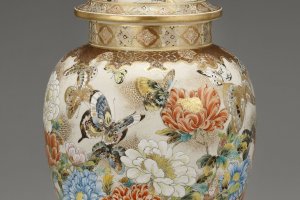 Elena Lisina a month ago
Very beautiful piece on the cover!
Reply Show all 0 replies
1 comment in total