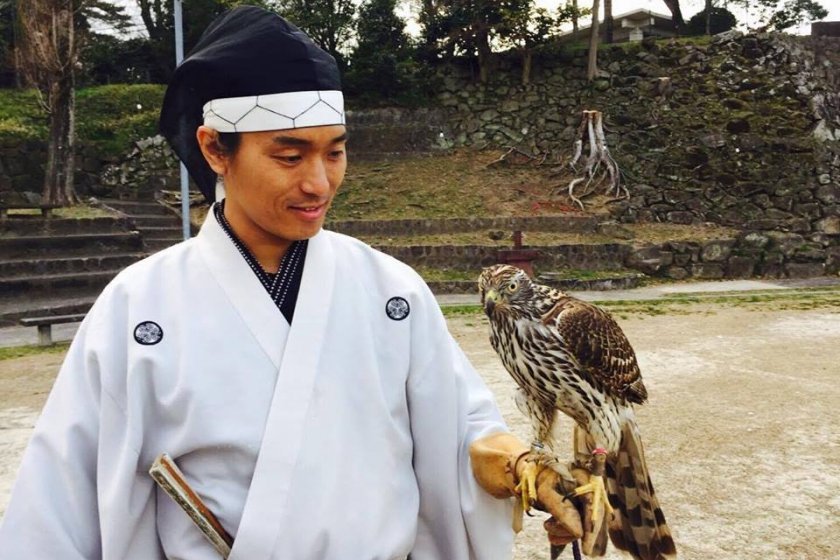 Tokugawa Ieyasu lives, and his message is one of peace

Ieyasu promoted the art of falconry

Several years ago I was perusing traditional crafts at the Japan Pavilion of a Las Vegas trade convention when a minor disturbance caused me to glance over my shoulder. A tall Japanese man in lordly samurai garb had appeared upon the foyer, attended by a retainer in a straw hat and woven sandals. I watched in surprise as this regal warrior greeted attendees in good English, his clear baritone carrying easily across the floor. Impressed, I then witnessed him address a few Latino visitors in that same well-tuned voice - in Spanish.

I introduced myself to this man, and discovered that he was none other than the reincarnation of Tokugawa Ieyasu, Japan's great unifier and last of the fighting shoguns. In fact, he calls himself Shogun Ieyasu, and hails from Nagoya, which is well known as the capital of Japan’s samurai heartland. It was in Nagoya, a bit over 400 years ago, that Tokugawa Ieyasu established a period of peace and prosperity that lasted over 250 years, fostering and preserving the unique cultural heritage that exists to this day in Japan.

Can you think of any other country in modern history that ever enjoyed two and a half centuries of unbroken peace?

The Victory of Patience

I have met Shogun Ieyasu a few times since that day, and I will say now that he is not an actor. Not once have I ever seen him out of character, or off message. He believes so thoroughly in the philosophy of his namesake that he has dedicated himself completely to its dissemination. He has done speaking engagements at top-tier U.S. colleges, and visited many countries, always to discuss the thinking that underpinned Tokugawa’s success – the virtue of patience, and the importance of peace for the advancement of culture and prosperity.

The original Ieyasu Tokugawa was not, as one might assume, a great military leader. His immediate predecessors, Oda Nobunaga and Toyotomi Hideyoshi, were the generals who fought and won countless bloody battles, finally bringing an end to 100 years of feudal warfare in Japan. But it was Tokugawa who prevailed in the last great battle (at Sekigahara, in 1600) and realized that stable governance was now the greatest challenge facing the land. By implementing a whole new system of laws, governing bodies and trade controls, he laid the foundation for the prosperous Edo period.

During this age of peace, the samurai were encouraged to dedicate themselves to esoteric pursuits, as well as to the martial arts. And so the noblemen and warrior class continued to train and refine their swordsmanship, archery, spear fighting and horsemanship, while taking the time to practice ceremonial arts like sado (the tea ceremony), shodo (calligraphy) and kodo (the way of incense). Takagari, the art of falconry, had been practiced in Japan since ancient times; Ieyasu loved and promoted this pastime, as well, believing it to be a proper diversion for the gentrified samurai.

When he is not proclaiming his message of peaceful co-existence around the world the modern Shogun Ieyasu can be found at Nagoya Castle, in the company of a very popular troupe of historical actors, Nagoya Omotenashi Busshoutai (the Nagoya Hospitality Warriors). If you can’t make it to Nagoya Castle to see their show, you can learn about these great Nagoya samurai – Oda Nobunaga, Toyotomi Hideyoshi and Tokugawa Ieyasu – on the website or on an NHK World video-on-demand show called NAGOYA: Samurai Warlord Chronicles - Journeys in Japan.

Until then, remember this Japanese language lesson: a samurai like Shogun Ieyasu does not say ‘sayonara’ for ‘goodbye’; he says ‘Sarabaja!’ 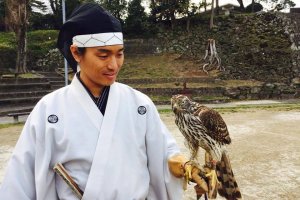 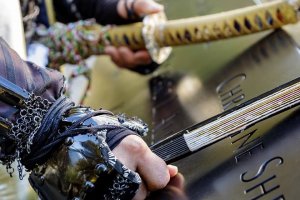 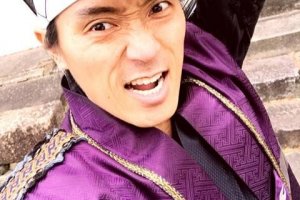