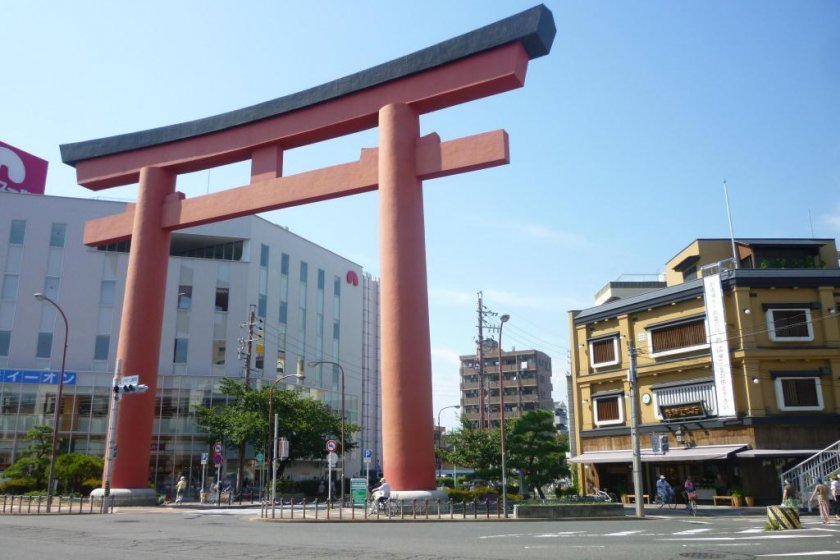 The birthplace of heroes

A giant red torii gate stands 24 meters high near what used to be the entrance to the small village of Nakamura. In 1536 the man who would rise from the ranks of peasant not so much by military force, but through his keen intelligence, the second of the Three Great Unifiers of Japan, Toyotomi Hideyoshi was born here, as was his cousin, the Spartan like Samurai warrior Kato Kiyomasa in 1562. Over the past 400 years, Nagoya has slowly grown and enveloped this former village making it a western ward of the city.

Nakamura Koen is a wide, wooded and pleasant park, surrounded by temples along it’s eastern edge, a bicycle racing rink to it’s north, residences to it’s west, and the bustling Nakamura shopping area to it’s south. Turtles sun themselves on rocks in the large pond as ducks circle the stone lantern. Depending on the season, children can be found playing in the gardens, catching bugs and tadpoles in the stream. A walk around the park will reveal a temple like Memorial center and Tea Ceremony Rooms, even a pine tree planted by the Emperor Taisho, grandfather of the present ruler.

As you enter the park, you’ll see a statue of a young Hideyoshi and his friends. In the middle of the park is the Toyokuni Shrine, established in 1885. Praying at the shrine is said to bring good fortune to your career and for construction of any type.

Beside the Toyokuni Shrine dedicated to Hideyoshi is a small circular area, surrounded by signs and monuments proclaiming this to be the former home and birthplace of Hideyoshi, but it is suspected that this may not be accurate. Records show that Hideyoshi and Kiyomasa grew up in separate villages, however at the eastern end of Nakamura Koen, opposite the small Police Box is the Myogyo-ji Temple. Kiyomasa had his childhood home’s temple rebuilt using leftover timbers from his work on Nagoya Castle. That temple remains some 100 meters away from the site claiming to be that of Hideyoshi’s birth, possibly too close.

That being the case, the more likely birthplace of Hideyoshi would be the nearby Hiyoshi Park about a kilometer south, Hiyoshi being Hideyoshi’s name in youth, at a distance that matches old records.

The Hachiman Shrine that Kiyomasa is said to have prayed at prior to going into battle can be found in the north west corner, near the Toin Tea House and hall.

On the west side of the park is the Nakamura Koen Culture Plaza, a civic center with a library and meeting rooms, with the second floor dedicated to the area's two famous sons: the Hideyoshi and Kiyomasa Memorial Museum. Entry is free, and the museum, although small, is worth visiting.

The park and its surrounds are easy to access and make for a pleasant and cheap day out. Your trip could be as short as a couple of hours or you can slowly take in the atmosphere of the birthplace of heroes. 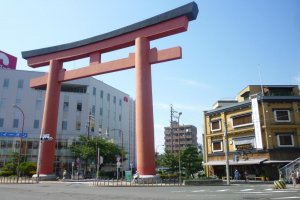 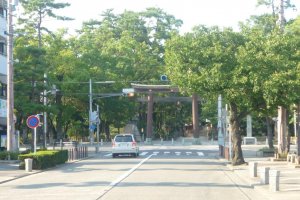 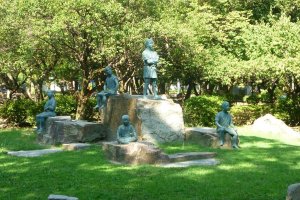 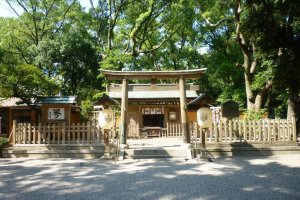 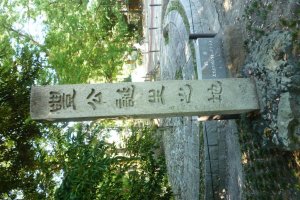 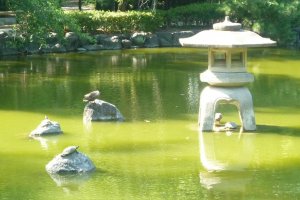