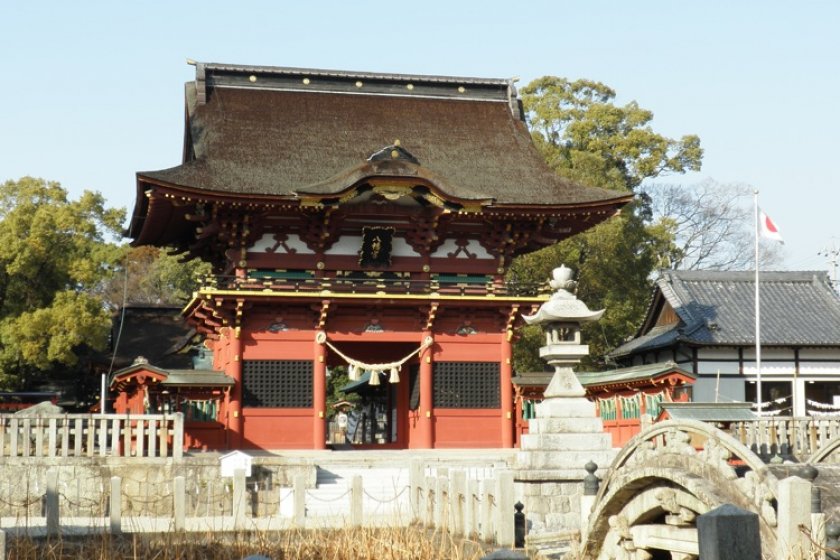 Okazaki's Shrine to the God Of War

Where shogun and samurai would pray before battle

Okazaki is home to the Iga Hachiman-Gu, an ancient shrine with great historical significance. Dedicated to the God of War, Hachiman, this shrine was the guardian shrine of the Matsudaira clan, who would later change their family name to Tokugawa. Tokugawa Ieyasu’s grandfather, Matsudaira Chikatada is believed to have had the shrine relocated from Mie Prefecture. Two large red Torii gates mark the entrance to the revered shrine. Beside the first Torii is a stone marker with the inscription Iga Hachiman Shrine, and above that, the three hollyhock leafed crest of the mighty Tokugawa clan, family of the Shogun.

After having passed below the torii gates, and crossing a red beamed arched bridge, the next scene is breathtaking! Particularly on a late spring or summers day, when the lotus pond out front is filled with lush green leaves and occasional pure white flowers of the lotus. With the greenery of the small forest behind it, the vermilion gate and shrine itself make for a striking scene. More so on a crystal clear blue-sky day!

The beautiful two tiered gate will have you reaching for your camera. The complex meeting points of the cross beams below the roof, like most traditional structures, was built without the use of nails. The beams are interlocked providing lasting strength, while being flexible enough to be able to withstand earthquakes and typhoons. The result is an eye full of detail! Make sure you look carefully at the small colorful reliefs of Asian zodiacs just under the first eves, and of the carved deities either side of the gateway too!

Behind that, in the inner sanctum, is the shrine to Hachiman itself. A simple, single story construction, the plain brown roof of compressed bark in contrast with the red of the support pillars, and highlighted by the black lacquer and gold fittings of the gabled roof. Most of the shrine and items within are registered as Important Cultural assets.

Interestingly enough, the god, Hachiman is a combination of both Buddhist and Shinto faith figures who were amalgamated into one and considered the Divine Protector of Japan.

Tokugawa Ieyasu would bring his men to this shrine to pray for victory before going in to battle. To make his men believe that Hachiman was watching over them, he would have his ninja move the small torii gate at night. Upon waking, the samurai believed that the movement was a sign from the gods!

Even now, the annual Ieyasu Gyoretsu Parade held every April when the nearby Iga River banks are covered with cherry blossom is a major drawcard. A parade of over 1,000 weapon wielding samurai in full battle armour, ninja and colorfully robed princesses makes its way through the streets to much fanfare!

Despite being a shrine dedicated to the God of War, the Iga Hachimangu is a peaceful and beautiful attraction in historical Okazaki City. 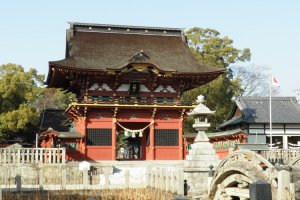 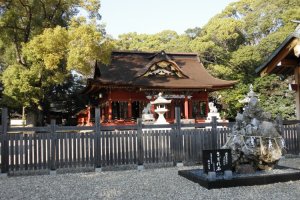 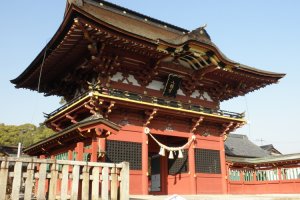 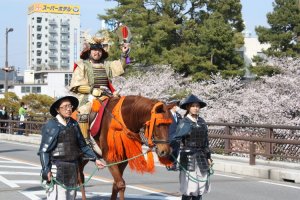 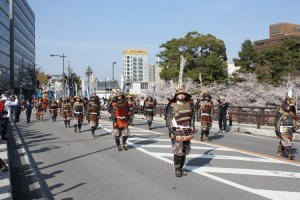 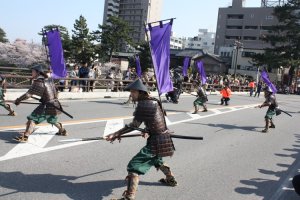 Mark Buckton 7 years ago
something spooky- but cool - about the lack of people in those images when considering the history of the shrine.
Reply Show all 0 replies
1 comment in total