Best view of Nagoya from atop the Midland Square Tower

What's the best view of Nagoya?  There's absolutely no competition: it comes from the "Sky Promenade" observation deck atop Midland Square, which is the giant tower across the street from Nagoya Station.

The Sky Promenade is a beautiful, open-air space atop the 247-meter (810-foot) tower, which is the tallest building in Nagoya City as well as the 5th tallest building in all of Japan. It has huge glass windows in all directions, providing a 360-degree panoramic view.  There are multiple levels to walk around, and the entire deck is so big that it gives visitors a spacious and somewhat private experience to enjoy the view, as opposed to the large crowds fighting to see out of the same window that happens in many observatories.

The roof is open, exposing visitors to the elements.  This creates a nice, fresh-air feeling that enhances the height of the view, but it also means that the Sky Promenade can occasionally be closed due to severe weather.

From the top, people are able to take in the cityscape of Nagoya, which ranges from tall towers to Nagoya Castle, from the Port of Nagoya waterfront district to the surrounding mountains.

During the summer a beer garden is set up in the Sky Promenade, which gives visitors a chance to eat and drink while gazing at the best view in town.

Opened in 2007, Midland Square (officially called the Toyota-Mainichi Building) houses many companies (including Toyota and the Mainichi Shimbun Newspapers), a movie theater, and a shopping mall.

Midland Square is located directly across the street from Nagoya Station. 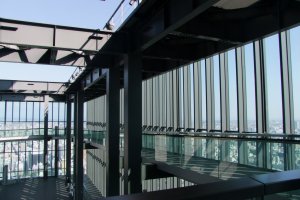 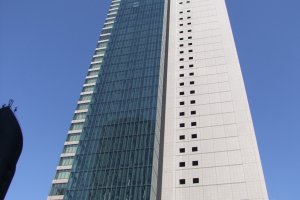 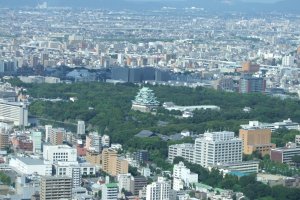 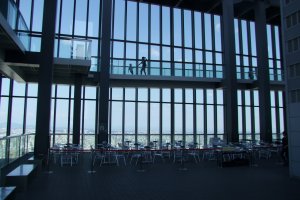 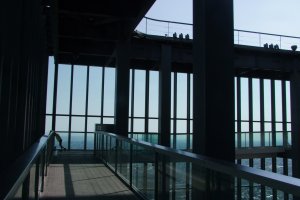