The Craft Makers of Okazaki

A showcase of traditional arts and crafts

Interested in Japanese traditional arts and crafts? Many cities in Japan have their own history and art culture, and Okazaki in Aichi prefecture is no exception.

Currently overshadowed by her larger neighbours, Okazaki is nevertheless rich in history. It made its name as the birthplace of Tokugawa Ieyasu, the founder and first shogun of the Tokugawa shogunate. Its fame as a centre for stone masonry dates back to the Muromachi period (1336 -1573) with the development to Okazaki as a castle town. Today, it boasts as many as forty different traditional arts and crafts. These include the making of taiko drums, Japanese candles, figurines, and fireworks. There are also traditional food products such as hatcho miso, local sake and rice crackers.

The Okazaki Craftsmen Association was set up in July 2001, with representatives from the various arts and crafts and the aim of promoting these traditional local industries. Through mutual exchange among members and other associations, training, and educational activities, craftsmen can improve their skills, helping to cultivate and nurture an interest in Okazaki's traditional crafts, and thereby contributing to the preservation and revitalisation of the local industries. To date, the association has grown to 55 members.

Events showcasing their products, skills, and new innovations are held regularly throughout the year in Okazaki and adjoining cities. Visitors can participate in hands-on experiences such as the making of small figurines representing the various crafts, allowing for a better understanding of Okazaki's traditional arts culture. During these events, craftsmen demonstrate their crafts by having live demonstrations. At times, new products are also showcased.

With more than seventy per cent of Japan's fireworks designed and manufactured here, the production of fireworks is no doubt one of the biggest trades in the city. Also known as Mikawa fireworks, the old name for the local province, Okazaki hosts one of the biggest fireworks events in the country, with an estimated 500,000 people attending each year.

Do drop by their events if you are interested in Japan's traditional arts culture. 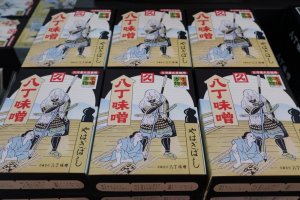 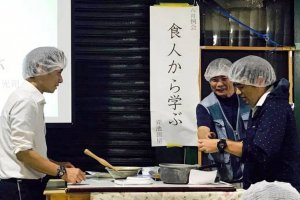 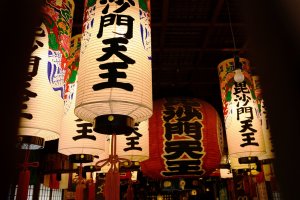