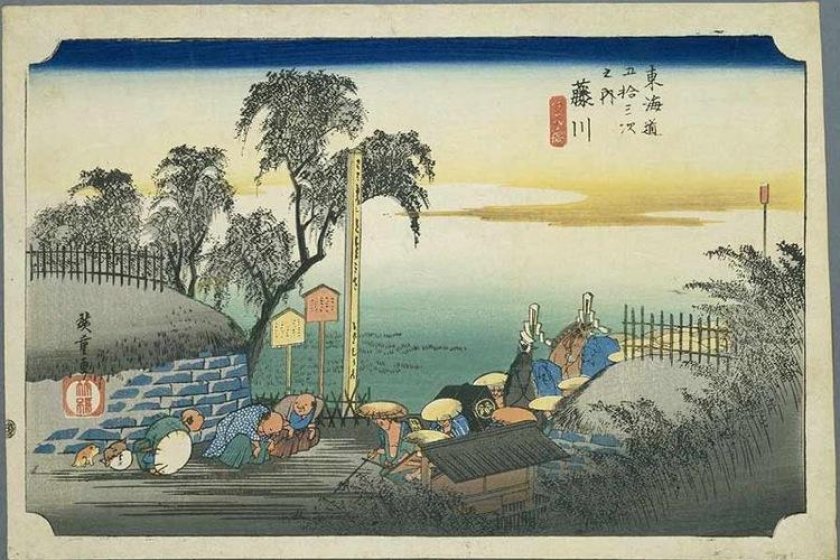 The 37th stop along the Tokaido as depicted by Hiroshige. (Photo: Fujikawa on the Tokaido – Utagawa Hiroshige / Public Domain)

The 37th stop on the Old Tokaido route

The 37th stop along the Tokaido as depicted by Hiroshige. (Photo: Fujikawa on the Tokaido – Utagawa Hiroshige / Public Domain)

The Tokaido. The name alone conjures up romantic images of Old Japan and the samurai period. It was one of the strategically most important highways of old Japan, running between Edo and the Capital, Kyoto. 53 stations (Juku) along the Tokaido serviced it’s many passengers, most of whom traveled by foot.

The 37th stop along the old route was Fujikawa Juku, located in the present day city of Okazaki in Aichi Prefecture.

At it’s peak, Fujikawa Juku had a population of 1,200 and boasted some 302 buildings. There was one Honjin, being lodgings for daimyo, high-ranking samurai and government officials, also one sub-Honjin, also being reserved for daimyo, high-ranking samurai and government officials, but could also be used by wealthy commoners, providing there were no daimyo or officials due to stay at that time. The rest of the traveling population were serviced by the 36 Hatago, places of lodging for commoners, as well as places for meals and rest.

Fujikawa Juku was immortalized in the classic woodblock print by Ando Hiroshige depicting the 53 stages of the Tokaido. In the print, commoners can be seen kowtowing to a lord as his retinue passes along the highway. Okazaki City, in an effort to preserve the old post town as a tourist destination, has recreated the old East Checkpoint site seen in the famed art-piece. The one kilometer walk from this checkpoint to the West Checkpoint site, remembered with a marker stone and park will take you past a number of historically important sites. There are old stone lanterns that once lit the way for late night travelers, shrines and temples that have stood watch over the highway for hundreds of years.

Some of the older houses still remain too, and on the site of the old Waka-Honjin, or sub-Honjin, is a small museum open free to the public. Inside are old maps, travel items, photographs, and old wooden signboards similar to those seen displayed in Hiroshige’s prints. A large diorama shows the scale and layout of the town, including the Kagi-no-te, a strategic 90 degree turn, followed by another 90 degree turn designed to slow and ambush attacking forces.

Of even greater interest to the history buff may be seen behind the site. By slipping down a small alleyway to the side of the old sub-Honjin towards the river, the stone foundations, closely resembling the stone walls familiar to Japanese castles, can be clearly seen.

From the West Checkpoint, follow the old route a further 500 meters for another one kilometer of pine tree lined old Tokaido route. The original trees had been planted on the orders of the Tokugawa Shogunate to provide shelter for the travelers of old.

Despite the Tokaido no longer being a dirt and cobblestone paved track, and while the attractions are no where near on par with other parts of historical Japan, there is still something to be said about a stroll along the Old Tokaido at Fujikawa Juku. 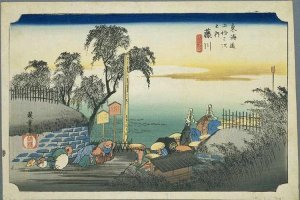 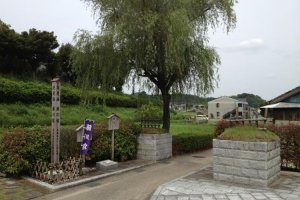 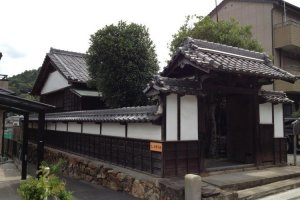 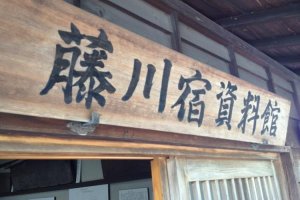 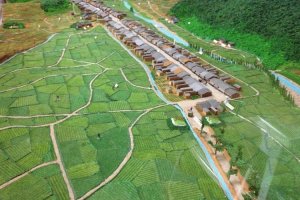 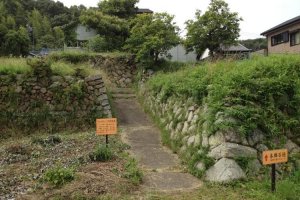