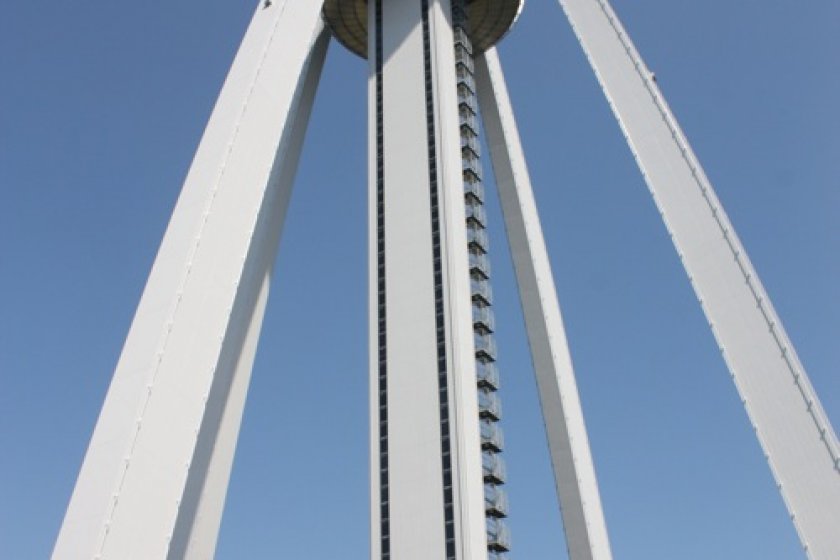 The people of Ichinomiya have a sense of humor. The fourth largest city in Aichi Prefecture following it’s expansion to absorb Bisai and Kisogawa in 2005, Ichinomiya has long been famed for it’s textiles production. It also boasts Japan’s biggest city park, the Kiso Sansen Quasi-National Park.

The name Ichinomiya translated literally means One Shrine, or First Shrine, being the Masumida Shrine. At the same time, Ichinomiya, can mean 1-3-8. One is pronounced “ichi” Three can be read as “mi” and eight as “ya”, hence, in a pun like fashion, Ichinomiya uses the 138 image regularly. Wherever you go you’ll find references to 138!

One such usage of this in-joke is for one of the areas most intriguing landmarks. Looking like the Martians from H.G. Wells’ War Of The Worlds and standing tall over Ichinomiya and the surrounding area is the Ichinomiya Twin Arch 138 Tower. Situated in the middle of the Kiso Sansen park, it is the tallest arch styled tower in Asia, standing at, obviously, 138 meters tall! Two overlapping concrete arches support the disc like observation deck providing a mesmerizing view of the surrounding areas. As awe inspiring as it looks by day, at night the tower is lit up in an array of colors visible from miles around.

The panoramic view from the observation platform at 100 meters covers Ichinomiya city, south across nearby Nagoya City and even Ise Bay! The observation deck also provides a view of the magnificent Japan Alps, nearby Kakamigahara air base in Gifu, and Inuyama as well as the Kiso River and Kiso Valley region. You’ll also see a nearby village built entirely on a small island in the middle of the Kiso River. The tower also contains a restaurant and buffet, allowing you to slowly enjoy the view as you enjoy a meal or a drink. It’s the perfect date spot too!

The tower is surrounded by beautiful flower filled parklands, made even prettier in April when the cherry blossom is in full bloom. There is a rose garden with over 4,000 roses to enjoy, and a monument to the Crown Prince and his wife. The park is a popular BBQ and picnic site all year round, and new attractions are currently being planned.

The Ichinomiya 138 Tower is a well known landmark and gathering spot, and serves as a great way to see the whole region at a glance. From the top, you’re guaranteed to get not a 138, but a full 360 degree view! No joke! 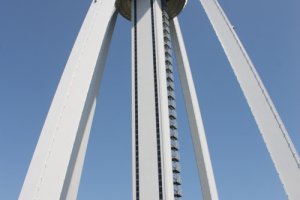 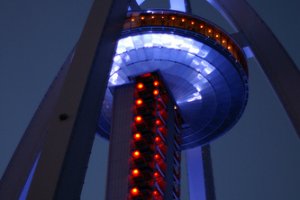 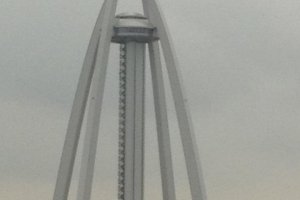