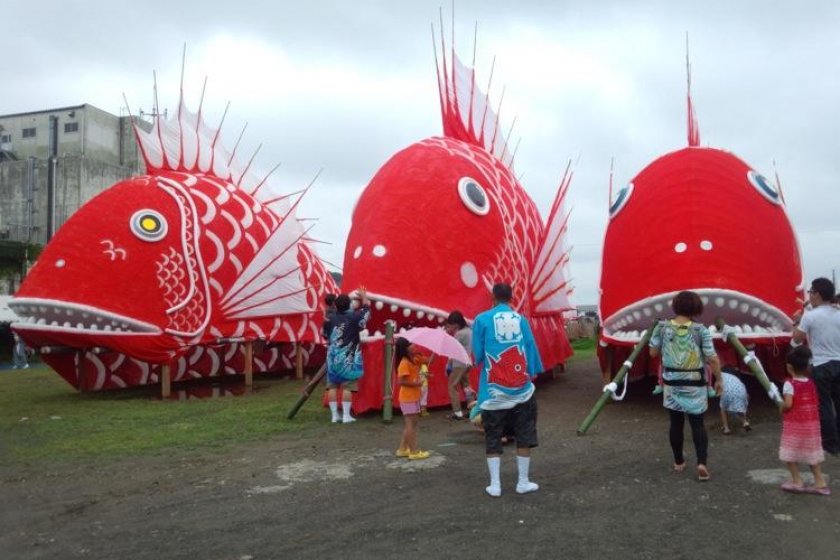 There's something fishy going on in Toyohama!

It looks like something out of a Godzilla movie, or a fishy version of King Kong, Clash of the Titans gone wrong! Giant land-based Sea Bream up to 18 meters long and six meters high, charging and attacking each other in clouds of sand and dust and being chased by near naked men before returning to the sea, where they splash and bob about!

Before you call in the armed forces, just remember, this IS Japan!

And what you’d be watching is the Toyohama Tai Matsuri, or Sea Bream Festival, an annual event held to pray for maritime safety and an abundant catch.

Toyohama, about 50 kilometers south of Nagoya City on the southernmost tip of the Chita Peninsula, Aichi Prefecture is divided into five wards, Hangetsu-Ku, Nakamura-Ku, Nakasu-Ku, Tobu-Ku and Torii-Ku. Each area makes it’s own huge bream from frames of bamboo and timber, and wrapped in dyed cotton cloth. During the festival, the giant red and black bream are borne by the local young men around the town and seaside. Smaller fish are carried by child participants and adds a certain charm to the boisterous event. There are other smaller parts of the festival, such as the girls shrine maiden dance, and the boys drumming performances.

The bizarre annual festival is held on a Saturday and Sunday in mid to late July, depending on the tides at Toyohama Beach. You can see the locals gathering to work on their area’s giant fish in the weeks leading up to the spectacle, and the event itself starts at 10am on the Saturday, with a parade of the fish, carried by up to 60 men dressed in traditional festival garb, happi coats and headbands, all working in rotation through the town, then a mad dash to the seaside. The best place to see the action is just east of the Toyohama intersection on route 247 just before midday, and from about 12:30pm at Toyohama Fishing Port, where all five fine fishy festival floats fall in to fight!

Saturday night’s festivities end with a massive fireworks display, while Sunday dishes up pretty much the same events, the only real difference being at about 3pm when the Nakasu Ward’s float lead a spectacular plunge into the ocean, followed by what could be described as a giant fish dance announcing the end of the festival.

As with all Japanese festivals, they are well catered for, with hundreds of small food and drink stalls, attractions and specialty stands popping up along the route and near the main beach area too. Toyohama is located within the Mikawa Bay Quasi- National Nature Park, and is surrounded by many sightseeing spots, historical sites, cultural properties and festivals like the Tai Matsuri. 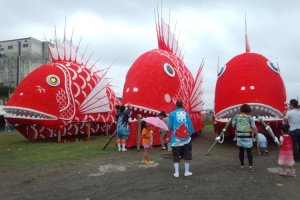 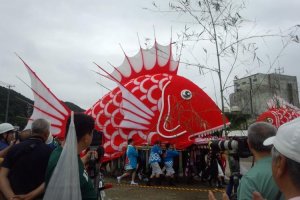 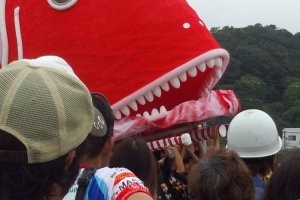 Sleiman Azizi 3 years ago
How appropriate given that the sea bream is a festive and auspicious symbol in Japan.
Reply Show all 0 replies

Lynda Hogan 3 years ago
This is a new one for me. How unique and vibrant.
Reply Show all 0 replies

Kim 3 years ago
They definitely do look like the Godzillas of sea bream! Huge!
Reply Show all 0 replies

Elena Lisina 5 years ago
It seems every place of Japan has its specials. I like big fish!
Reply Show all 0 replies
4 comments in total