A tribute to the faithful Akita

The Akita breed of dogs originated around the Tazawa Lake area as a hunter's companion. Due to its large size it could hold large animals like bears, serow, wild boar and deer at bay until the hunter, or matagi in Japanese, could come and kill the animal. They are probably best known from the movie Hachiko, an Akita dog that waited by the Shibuya station daily for several years after his master suddenly died.

It's one of the oldest if not the oldest dog breed in Japan and unfortunately the breed was almost wiped out during and after World War ll. The government ordered all non-military dogs killed on sight. Food being scarce and worried about the spread of diseases since several dogs weren't properly cared for. The only reason they survived is that some owners released their dogs in the forest to fend for themselves. After the war several American G.I.s took a liking for them and brought some of them back home. A lot of them were cross bred with German Shepherds and are therefore no longer considered true Akita breed. Today the US and Japanese dogs are considered separate breeds.

In Japan the revival of the breed is mainly attributed to a single person, Morie Sawataishi, who devoted his life to the survival of the breed. He was also a big fan of the North and its large forests where the dogs can really show their strength.

In popular culture, Hellen Keller was the first foreigner to receive an Akita dog as a gift in 1937. More recently, President Putin also received one in the hope of improving the relations between Japan and Russia.

The inukko dog festival is a way to thank the dogs for their loyal services over so many years. It's held on the second weekend of February for 2 days on both Saturday and Sunday. Each neighbourhood will make a snow sculpture, most often of traditional design with a dog in front. They have, of course, dog parades and dog contests, taiko drumming performances and fireworks at night. All exhibitions are around a park in front of the city hall. They also have an illuminated walk at night in the hill in front of the city hall.

Yuzawa is located in the south east corner of Akita, next to Yamagata and Miyagi prefectures. It's accessible via Route 13 or the Akita Expressway, there's a train line running north south, it's about 500 meters from Yuzawa station. 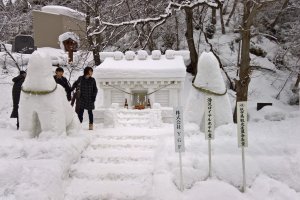 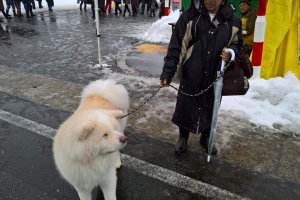 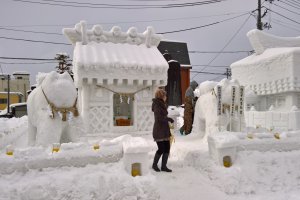 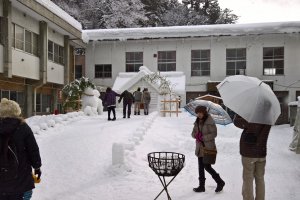 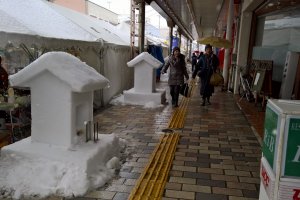 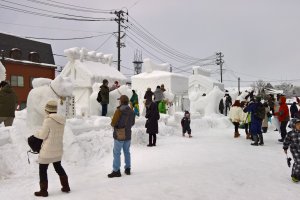 Elena Lisina 5 years ago
I'd like Akita dog. It seems not too cold even with snow. In my place winter temperatures are -25C and lower!
Reply Show all 0 replies

Bonson Lam 5 years ago
This is a beautiful tribute to our very special Akita dogs.. Great to discover this and to share this with us!
Reply Show all 0 replies