Supporting the locals and experiencing a new way of life

Hirosaki is one of Aomori's rural gems and considered a top Tohoku destination. While the spring sees flocks of visitors descend on Hirosaki Castle to capture the mesmerising cherry blossom views along the castle moat, by the summer the region comes alive with the sound of the drum and cries of "Yaayado!" in the city's traditional neputa festival – with a parade of giant floats lighting up the evening sky.

But Hirosaki is less commonly known for its agricultural prowess and is actually one of the largest apple producers in Japan. On the surface this might not mean much to foreign visitors, but it is actually the area's best kept secret and helps Hirosaki's doors remain open to welcome visitors throughout the year.

'Hirosaki Satoyama' is local collective of farmers who have come together to build a program of agricultural experiences and homestay opportunities – both for Japanese and foreign guests. It probably provides one of the best opportunities to stay with locals and experience the Japanese rural way of life first-hand. Whilst 'real Japan' has arguably become a buzzword in Japan tourism marketing, travelling to Honshu's norther-most prefecture of Aomori and staying with a local farmer is as surely real as it gets.

As well as picking Aomori apples, visitors can get involved in a wide range of activities from potato digging, harvesting the local Dake-Kimi sweetcorn, strawberry/cherry picking and peach/blueberry gathering – it really depends on the season but a good choice is often available. Spring focuses on fruit thinning and flower picking, summer can involve grass cutting and bagging fruits still on the trees, autumn is more harvesting focused while winter is predominantly pruning.

This program effectively provides 'minpaku' (aka private lodging) experiences – connecting those who want to experience rural life with those local farmers who are looking to get a little extra help and are willing to open their homes to new visitors from far away.

The Hirosaki Satoyama farmers accepting visits are a delightful group of people – with many keen to open their doors to foreign visitors (for now the official website remains in Japanese, but English language enquiries are welcome and you can expect a prompt response when contacting them).

Rates are incredibly reasonable and include 3 home-cooked meals provided by your host, using local ingredients most likely including the fruits of your own labour too. Throw in the cultural exchange opportunity of getting to know a local farmer family plus stay in their authentic home, and it would be really hard to justify not choosing such Hirosaki homestay on your next visit to Aomori!

Hirosaki Satoyama is the brainchild of Mikako Murakami, who manages the organisation in tandem with running operations at local farm shop, Anekko, alongside her husband Iwao Murakami. The Murakamis are well-known in Hirosaki, being one of the leading producers of Aomori-brand apples in the region. This expertise is what flowed into the Anekko concept – a roadside market and restaurant directly connected to the farmland that sells its fruit and vegetables, and sources the dishes served up in the restaurant.

They are also the driving force behind the Hirosaki Satoyama movement, which has expanded to 10 different local farmer families – all of who will offer a warm welcome to those venturing to beautiful Aomori prefecture in the north of Japan. 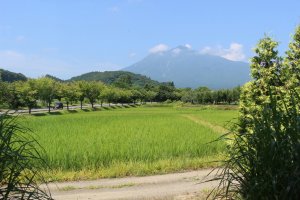 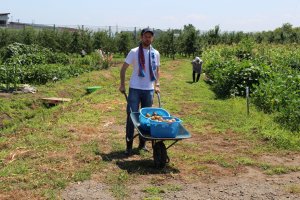 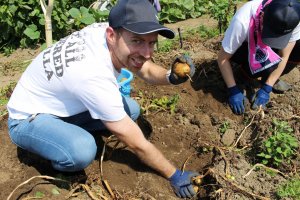 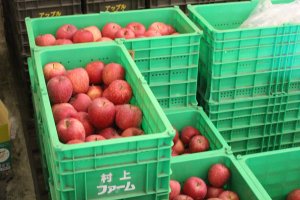 Elena Daurtseva 5 months ago
If you live in a big town like Tokyo, you probably want to try living and working on a farm
Reply Show all 0 replies
1 comment in total