A place you will never forget

Hirosaki is a city located in southwest Aomori Prefecture, which is almost at the tip of Honshu Island, Japan, and accessible using a JR East Pass. Being one of the best spots in Japan to view cherry blossoms Hirosaki has become a destination quite famous for Japanese and foreign tourists alike. Even though it is most famous for cherry blossoms, Hirosaki has a year round beauty so my visit during the Summer time was certainly no disappointment.

In a fairly short time you can feel the air is much cooler than Tokyo in summer. In fact summer time is really the perfect time for weather in Aomori which is known for its cold winters. Everything in the area is green and fresh during the summer time and there didn't seem to be many bugs such as mosquitos due to the cooler weather perhaps.

Here are a few of the destinations that you must visit in Hirosaki.

Hirosaki Castle refers to both the castle structure called Tenshu (castle tower) and the entire grounds of Hirosaki Park. The area is actually 10 times larger than the Tokyo Dome and is considered a symbol of the city of Hirosaki. The castle is famous for its cherry blossoms with over 2600 trees, the largest scale in Japan. Over 2 million visitors come to enjoy the sight of the castle and cherry blossoms in spring. But of course, you can also enjoy this site in summer when the cherry trees add the the beautiful greens of the landscape. You can visit from 9:00 until 17:00 (7:00-21:00 during 4/23-5/5) for ¥510 (adults) and ¥160 (junior high and elementary school students). This price also includes access tothe Honmaru/Kita no Kuruwa Area, Botanical Garden, and Fujita Memorial Garden.

This pagoda was built about 350 years ago by Nobuyoshi, the third lord of the Tsugaru clan, to commemorate those who died in battle, friends and enemies alike, during the unification of Tsugaru. The five-storied pagoda which stand 31.2 m high is considered the most beautiful of its kind in Tohoku. Open everyday from 9:00 until 16:00 and free.

Hirosaki is the largest apple producer in Japan, with an annual yield of about 160,000 tons. There are about 3.12 million apple trees within the city limits and about 6000 households are involved in apple farming. Being the center of apple production in Japan, Hirosaki has a park with 'apples' as the theme. The park provides many fun learning experiences, such as apple-picking. There are also facilities such as an observatory and a gift shop with apple-related products. In 2015, you can enjoy the apple-picking in summer, from August 1 until mid-November, it will cost ¥200 per kg of apple.

During the summer, many events are scheduled to add to the experience. Hirosaki Neputa Festival is a historical and traditional festival that features about 80 large fan-shaped Neputa lanterns with the paintings designed after scenes from warrior legends and history. The Hirosaki Neputa festival takes place every evening from August 1st to 6th and daytime of the 7th.

Tsugaru jamisen has its roots in a travelling performance group of blind women called Goze who came to Tsugaru from Niigata. It was further developed by local male travelling performers called Bosama. In the Meiji period, it was used to accompany minyo folk song; later it became established as a solo instrument. Its melancholic yet intense timbre is sure to touch your soul.

These are only few things that are interesting from Hirosaki. In a short time, this city can make us fall in love with its beauty and I assure you that you will always miss the atmosphere and experiences that can only be found in this city.

For easy access you should choose a hotel near the station such as the Hotel Naqua City Hirosaki as this decision will ease your travel to places you want visit by train or bus alike. 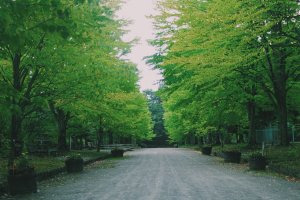 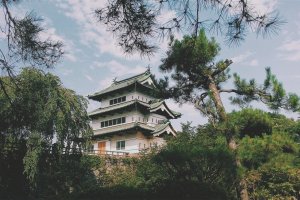 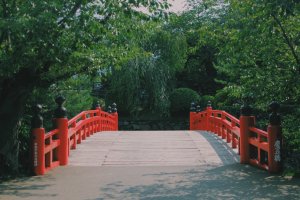 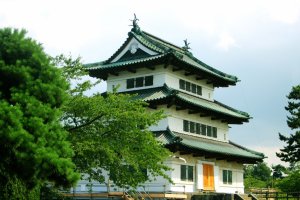 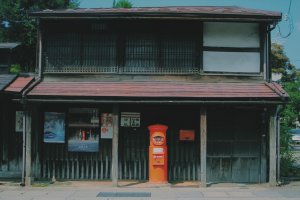 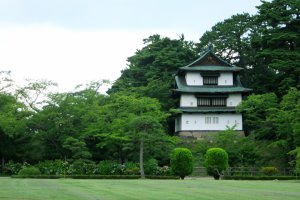 Kim 2 months ago
I'd love to visit the apple park!
Reply Show all 0 replies

Elena Lisina 2 months ago
What a nice place! And no crowds of tourists! :)
Reply Show all 0 replies

Jerome Lee 5 years ago
I really like how your pictures turned out! I assume you used a film camera?
Reply Show all 1 replies

Sarah Endarastya Author 5 years ago
Thanks! No, I only used my DSLR cam. I retouched the tone, some of them.
Reply

Mandy Bartok 5 years ago
I visited Hirosaki this past August and really enjoyed my visit. There was a lot more to explore than I had previously thought!
Reply Show all 1 replies

Sarah Endarastya Author 5 years ago
Yeah, I believe you when you say you enjoyed your visit because that's what I felt too. I only had 3 days in Hirosaki and I think I have to visit it again someday!
Reply
6 comments in total