Be forever young in this hot spring by the sea

Tohoku is known for its rustic beauty, cold winters, and abundant amount of hot springs. From small hot springs that are seldom staffed, to what is perhaps the oldest onsen in the whole region, if you have any interest in partaking in this beloved pastime you are in the right place. Another famous onsen in the Tohoku region is Furofushi Onsen. Translated it could mean the onsen where you never age and never die. Basically, it is the Fountain of Youth in hot spring form. Furthermore, you can't beat the view as you are literally on the waterline of the Sea of Japan!

Your approach to the onsen itself is through a winding road along the Sea of Japan. My visit during the winter was on a day with strong, I mean hard to stand or move strong, winds. From the parking lot you see a small shelter on the waterline which is no more than a small wall that looks like it will be washed away by the next big wave or blown away with the next violent gust of wind. This outdoor onsen is the main attraction, offering both a mixed gender and separate women's bath right along the coastline. Staff close the outdoor hot spring in dangerous conditions. Like clockwork, immediately after having a freezing cold wave crash up to my knees while checking out the view, a staff appeared and ushered me inside and closed off the onsen. The brown water of the seaside onsen is not particularly hot according to friends that have visited during other seasons, though a nice option during hot summer days. Most spectacular is the sunset. Unfortunately, only guests at the adjacent hotel are allowed to soak in the outside onsen after 4pm, meaning most guests will need to enjoy the sunset from another vantage point.

No need to worry though as Furofushi Onsen has a fantastic indoor facility open until 9pm. The indoor baths are spacious with two large pools, one medium-hot, and one very hot. The whole bath area offers views of the outside ocean, though a large part of the window is frosted over to ''prevent fishermen from sneaking a peek from their far away boats'' is the running joke. After you soak, feel free to relax in the upstairs lounge or restaurant to experience unobstructed views of outside.

Really get in tune with nature on your way to Furofushi Onsen​ with a ride via the luxurious Resort Shirakami train. Then present your ticket for an admission discount at the hot spring. 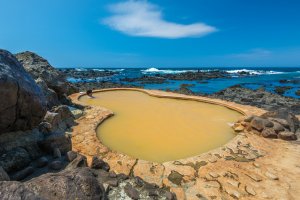 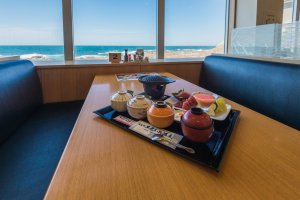 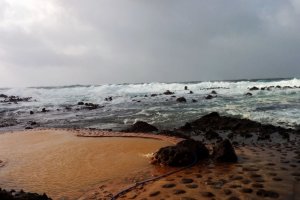 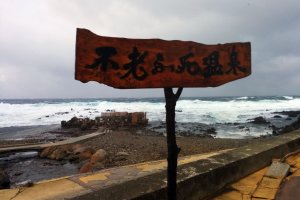 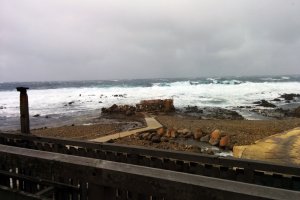 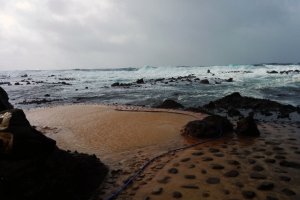 Kim a year ago
What an incredible place!
Reply Show all 0 replies
1 comment in total