Jets dance in the sky over the US Air Force base

Latest on Misawa Air Base

The festival is held every year in early September, from around 7 am to 3 pm. Parking will be non-existent in the area unless you show up early like around 6 am. If you have a hotel in the area, most are an easy walking distance from the base. If driving, leave early to find parking nearby. Otherwise, you may have to park up to 40 minutes away in one of the few makeshift parking lots in the fields on the outskirts of town. If you take a train, get off at Misawa station and hail a taxi and ask for the "Sky Plaza", or walk the 40 minutes there.

There is no security check once you enter the first part of the base, but once you get to where all the jets are line up outside, next to the runway where they take off from, you will be scanned for metal before you can enter. All the restaurants in the base accept both Japanese Yen and American Dollars, and the staff speaks decent English.

The roaring stream of sound is so thick I can barely hear what my friend is saying. Not that we would want to keep speaking at that moment as 4 fighter jets screamed passed us, directly overhead and very, very close. The jets rocket forward and then sharply turn upwards and break off from one another to carve out a mural of a heart and two rings of smoke in the sky.

We're at the Misawa Air Show, hosted on the US Air Force base in the town of Misawa, Aomori. Held every year in early September, the Air Show is a day-long festival of fighter jets doing aerial stunts, admiring or interacting with aircraft on the ground close-up, and American and Japanese food stalls serving thousands of visitors throughout the day.

The Air Show itself is fun enough to watch. Occurring throughout the day at intervals roughly every half hour to one hour, it's surreal to sit on a grassy knoll having lunch and witness a group of jets suddenly soar pass you in elegant sonic might. The other draw of the festival is the Air Force base itself. Closed off to non-military personnel the entire year, it is only on this day that gates are opened up to all.

The base is a sort of mini-America in Japan. This may not be special for anyone who just arrived in Japan from a foreign country, but to those who are currently living in Japan, the Air Show means access to restaurants such as Burger King (which there no others in Aomori), Taco Bell, Cinnabon, and so forth. For those seeking more authentic Japanese cuisine, this will matter little to nothing to you. For those who are desperate for American junk food, this is your day. The Air Show also provides an opportunity to meet the servicemen and women of the base which can lead to interesting insights from foreigners who aren't teaching but living in Japan.

Find out more about Misawa Air Base. 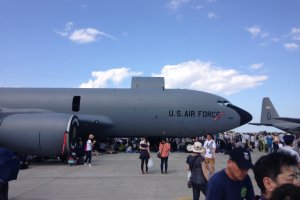 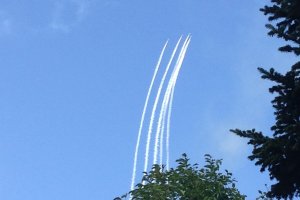 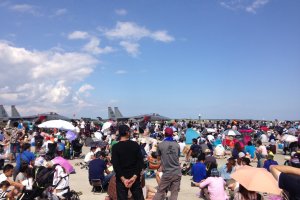 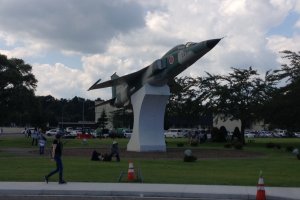 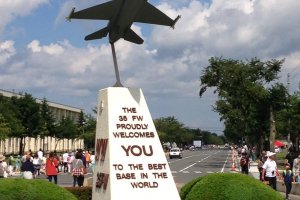 Kim 4 months ago
Reminds me of the Yokota Friendship Festival!
Reply Show all 0 replies

Yui Yamaguchi 8 years ago
I know how much noise fighter jets, maybe more than thunder.
Reply Show all 0 replies

Jessica A Paje 8 years ago
Awesome, Shawn! Reminds me of attending the annual air show in Miramar, San Diego. Think "Top Gun!" It's great to experience this right here in Japan!
Reply Show all 0 replies
3 comments in total