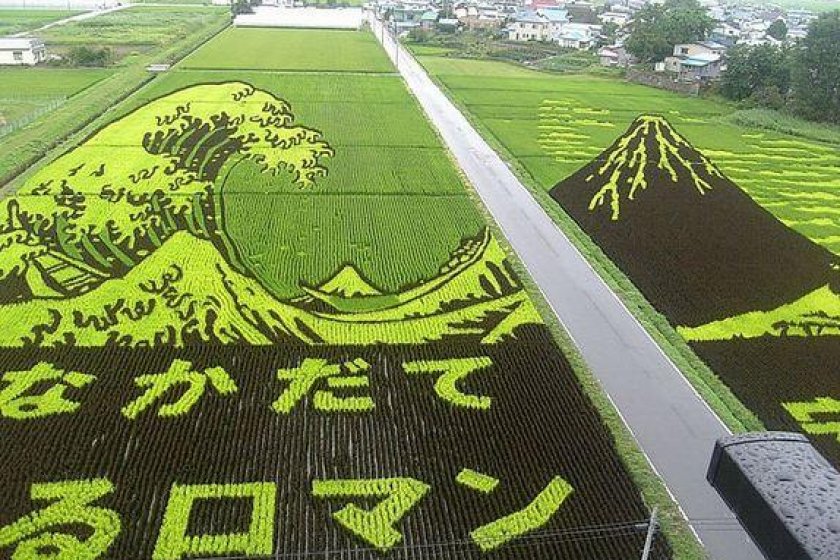 Something you have to see to believe

There are two observation venues: Inakadate and Yayoi no Sato. There is a free shuttle bus running from Tanbo Art Station that visits both venues.

Rice has had a long history in Japan, being used as currency, a trade item, food, and now as art! Hirosaki may be known for its beautiful cherry blossom season, but the nearby village of Inakadate is famous for its autumn art of rice fields. Rice field art has spread to other locales in Japan, but this small village in Aomori Prefecture is famous for creating elaborate designs on an annual basis.

In 1993 archeologists in the town of Inakadate discovered that rice has been cultivated in the area for over 2000 years. To celebrate and bring life back into the small town, they started to create “tanbo” or rice field art. Don’t confuse these with crop circles sometimes found in Western corn fields. They are not made by aliens, nor they are they created by removing material. This art is a labor of love and literally grows into an unbelievable masterpiece.

Inakadate village officials decided to create annual rice field art right outside the official village office. They were probably bored and had nothing to do during their lunch breaks. To ensure more than just plane passengers could enjoy the sight from above, they built a castle turret and attached it to the local government building. Domestic and international travelers have an excellent view of the city from top of the turret and a breathless view of the artwork. The artwork is first designed by computer, calculating what the image will look like from the rooftop perch. Next during rice planting season, 4 to 5 varieties of rice are planted. Each stalk of rice grows a different size and gives a particular hue. The end result is mesmerizing.

After snapping some pictures, you are herded back down the stairs to make room for other tourists. In the gift shop are pictures of past rice art designs, several of which I have attached to this article for you viewing pleasure. Popular designs are Japanese and Buddhist deities, demons from folklore, or reproductions of famous artists’ works, like that of Hokusai’s woodblock prints. The designs change each and every year. They also seem to get better with each year!

With only a short car or bus ride and walk away from the major city of Hirosaki, the viewing of rice art in season can easily be combined with the city’s attractions to create a day of fun. Have a rice day. 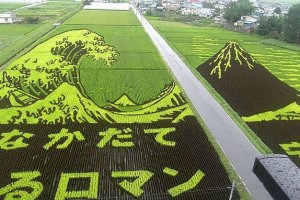 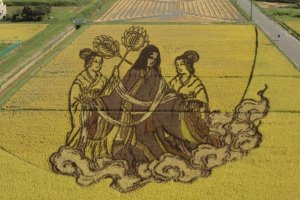 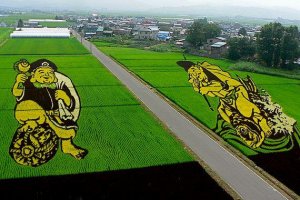 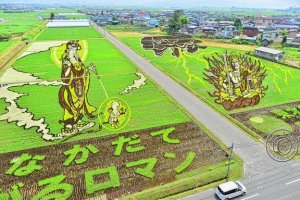 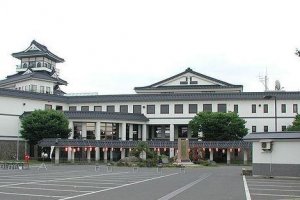 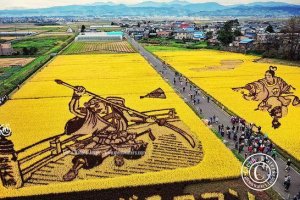 Elena Lisina 3 years ago
Fantastic, indeed! In which month of a year it can be viewed?
Reply Show all 0 replies

Yuliya Boda 4 years ago
Wow, so creative! This is really something I have to see to believe that it's real! :)
Reply Show all 0 replies

Preethu 4 years ago
This is awesome! want to visit.
Reply Show all 0 replies

Odilia Sindy Okinawati 4 years ago
First, I tought that this one isn't real. But it is! Thanks for the nice information^^!
Reply Show all 0 replies