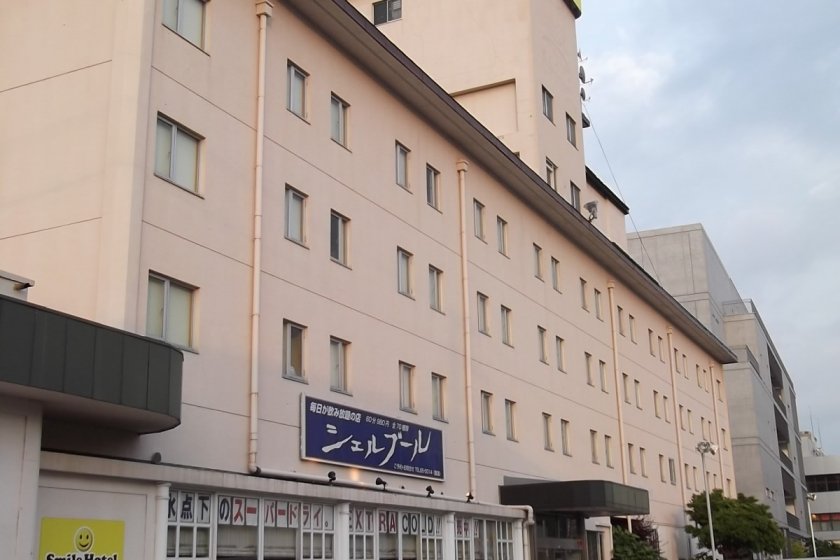 Cheap and cheerful rooms and service

If the name makes it sound like a budget-friendly business hotel, that's because it is, and on a scale to match. I noticed that the ceiling in the hallway was a little low but, even with my long experience of business hotels, I was taken aback by the smallness of my single room; if I'd had more than my one small case and day pack it would have been a very tight squeeze indeed. The usual fittings were all present and correct, but the TV was on a shelf over the foot of the bed in capsule hotel style, and the window had a sliding screen rather than curtains, which was actually more effective at keeping out the light.

The location really couldn't be better: it's immediately behind the Hacchi building, where you can get information about the area's sights and see exhibits on local crafts and history, and close to the station and the bulk of the town's shopping, eating and drinking. The staff were all friendly and helpful, and spoke a little English; they provided maps and recommendations, and one of them scampered after me with an umbrella as I was about to walk out into a drizzly day.

It has the standard facilities for a business hotel, such as a coin laundry and vending machines for soft drinks, beer and snacks; there's also a public bath for male guests, which saved me having to shower in the cramped plastic bathroom unit in my room, allowing me instead to stretch out and relax.

The breakfast is definitely worth paying the few hundred extra yen for, as it's the best I've had at a business hotel. They have a good range of Japanese and western foods including salad, sausages, poached eggs with little slices of ham cooked into them, plus juice and fruit. I'm not usually a heavy breakfaster, but I went back to the buffet for seconds and thirds, setting me up nicely for the day.

Single, double and twin rooms are available, and the pictures on the website suggest that the doubles and twins are as pokey as the singles. Depending on whether you book direct or through another website, prices are between ¥4000 and ¥5000 for a single, ¥7000 and ¥9000 for doubles and twins. So if you don't mind a slightly cramped room, Smile Hotel definitely represents decent value. 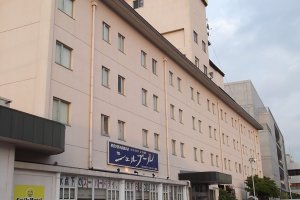 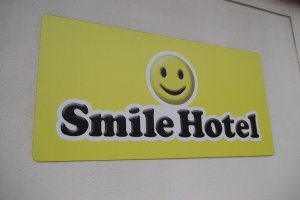 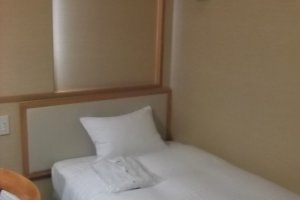 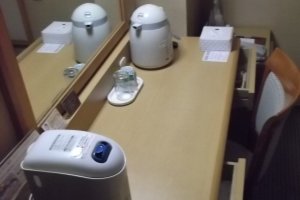 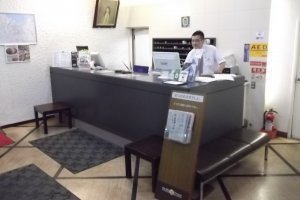 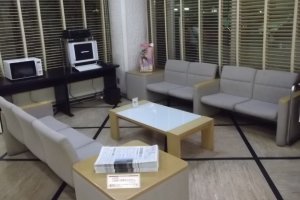