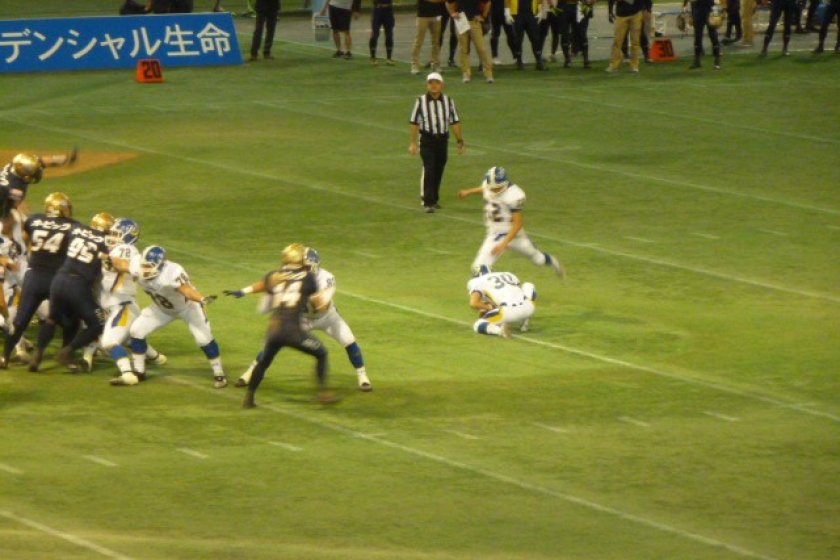 Are You Ready for Some Football?

That is, Japan American Football...

One of the drawbacks I thought about leaving the U.S. and moving to Japan was giving up my favorite sport football. As it turns out I didn’t have to give it up at all.

My wife and I visited a friend in the Mt. Yatsugatake area, where I discovered a legend named Paul Rusch.

He is very famous here because of his volunteer work before and after the war. In addition to bringing American Football to Japan, Mr. Rusch contributed much to the revitalization of the Mt. Yatsugatake area. He introduced a vocation school, a library, a clinic, Jersey cows, and farming techniques he had learned in Kentucky. There is a museum dedicated to him and a festival in mid-October that resembles an American county fair including barbeque, blue grass music, and craftsman from Beria Kentucky.

This will be the third season that I have followed the 18 teams that make up the X League. (East, Central, and West) My favorite is the OBIC Seagulls (Favorite NFL is Seattle Seahawks and Atlanta Falcons) I have attended several games at Kawasaki Stadium and Yokohama stadium.

The first five weeks is called stage one and each team plays inter-division rivals. The top three teams go onto Stage two and play for three weeks against other teams that qualified.

In the final stage Super Nine the top two teams from each Division play for the right to go to the Japan X bowl on December 14th, with the winner playing on January 3rd in the Rice Bowl against the best College team. It may sound complicated but the games are very entertaining and all penalties are called in English.

The company teams are made up of employees and they can only practice on the weekends. Almost every team has a few foreign players.

As you enter the stadium the teams hand out noisemakers and other logo materials. I was amazed at how many Japanese attend the games and get heavily involved in the cheering. Yes, they do have pretty cheerleaders like in the NFL and they put on quite a show.

The Japan American Football Association not only represents the Corporate teams, but also Collegiate, Junior High, and High School teams. The college teams are in four divisions: Hokkaido, Honshu, Kyushu, and Shikoku. There are many college bowl games with the final being the Koshien Bowl, with the winner going to the Rice Bowl to play against the X League Champion.

I have attended the past two Rice Bowls held in the Tokyo Dome. Both were filled with excitement, a great half time show, and excellent football play. The attendance for January 2015 was 30,361, which is increasing every year. The MVP Award is named after Paul Rusch.

When visiting Japan or if your already here check the schedules, then make plans to attend a game. 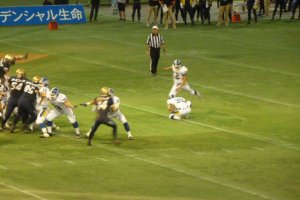 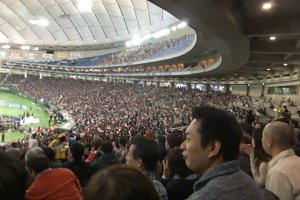 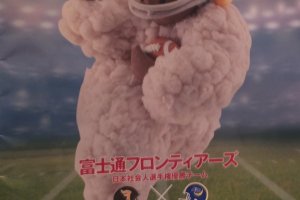 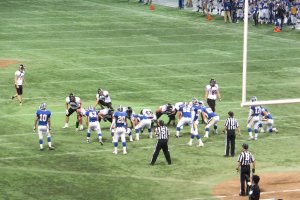 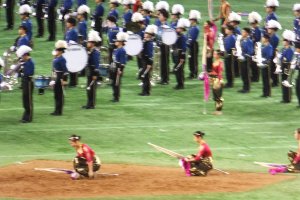 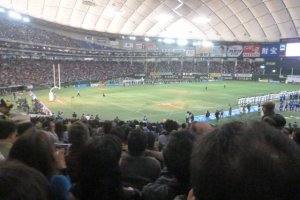 Victoria Vlisides 5 years ago
Absolutely I am ready for some football! !
Reply Show all 0 replies
1 comment in total